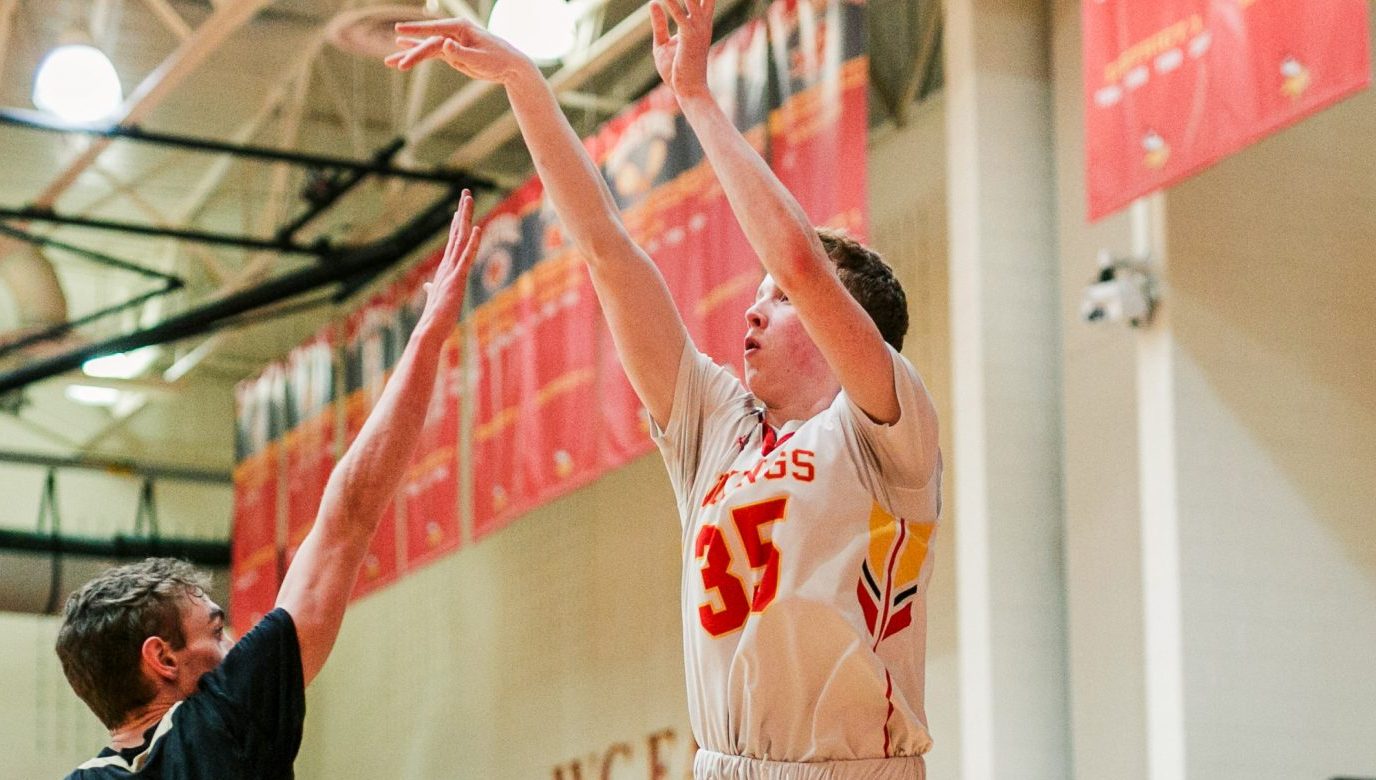 DOWNINGTOWN >> The West Chester East boys basketball team lost an average of 45 points per game from 2020 to 2021, thanks to the graduation of Andrew Carr and Tym Richardson, from a squad that won the Ches-Mont League and District 1 Class 5A championship.

But that was merely a bump in the road for the Vikings.

The 2021 Vikings finished with the best record in the Ches-Mont League National Division, and clinched a spot in Monday’s Ches-Mont crossover game against American Division champ West Chester Rustin, with a decisive 61-55 win over host Downingtown West Saturday at Wagner Gymnasium.

West Chester East (9-2 league, 11-3 overall) broke open a 38-38 tie after three quarter by going a 8-0 run to start the fourth, and the Vikings shot a red hot six for seven from the field in the final quarter. East put four players in double figures, with Jack Kushner leading the way with 18 points, and big man Jackson Kulp chipping in with 10 points to go along with six rebounds.

“The reason we have been able to have a great year so far is that in this program we believe we can do anything,” Kulp said. “Four years ago when Andrew Carr was a freshman, nobody thought he would end up at the University of Delaware. Last year I was on JV and now I am starting for the team. Jake is a great player but this team believes in each other and we all play for each other.”

With the score tied at 38-38, West Chester East came out on fire. Kushner went strong to the basket, as he did all day, and scored. Kushner was fouled on the play and hit the free throw for a 41-38 Vikings lead. Downingtown West, which shot a morbid six for 19 in the fourth quarter, misfired inside and the Vikings came down the floor and after a missed shot, Ryan Price put in the follow and it was 43-38. West Chester East outscored the Whippets, 23-17, in the critical fourth quarter.

The Whippets moved the ball around for a Sean Kaiser 3-point attempt, but the shot hit iron and Kulp grabbed the rebound. The dish went to point guard Mike Dedda, who headed up the floor and hit Price in stride. The Vikings’ freshman drained a long three and suddenly it was a 46-38 and Downingtown West was back on its heels.

The West Chester East lead grew to 54-42 with 3:34 to play after Kulp scored on a follow of a Kieran Hefferan miss. Hefferan had a big day for the Vikings as he poured in 12 points for the game.

“We all contribute on this team and exceed expectations,” Kulp said. “Like, Kieran. Everyone thinks he is just a shooter but he is one of the best defensive players in the league.”

“This team does not care about individual goals,” said West Chester East coach Tom Durant. “They know it takes five guys to find the open shot, not one, and they know it takes five guys to all play good defense. The energy today was very high and I would like to credit (Downingtown West coach) Stu (Ross) on how hard his kids played. They bring a lot of grit every time we play them. They are tough kids. But, these kids this year just played for each other and it showed in their record.”