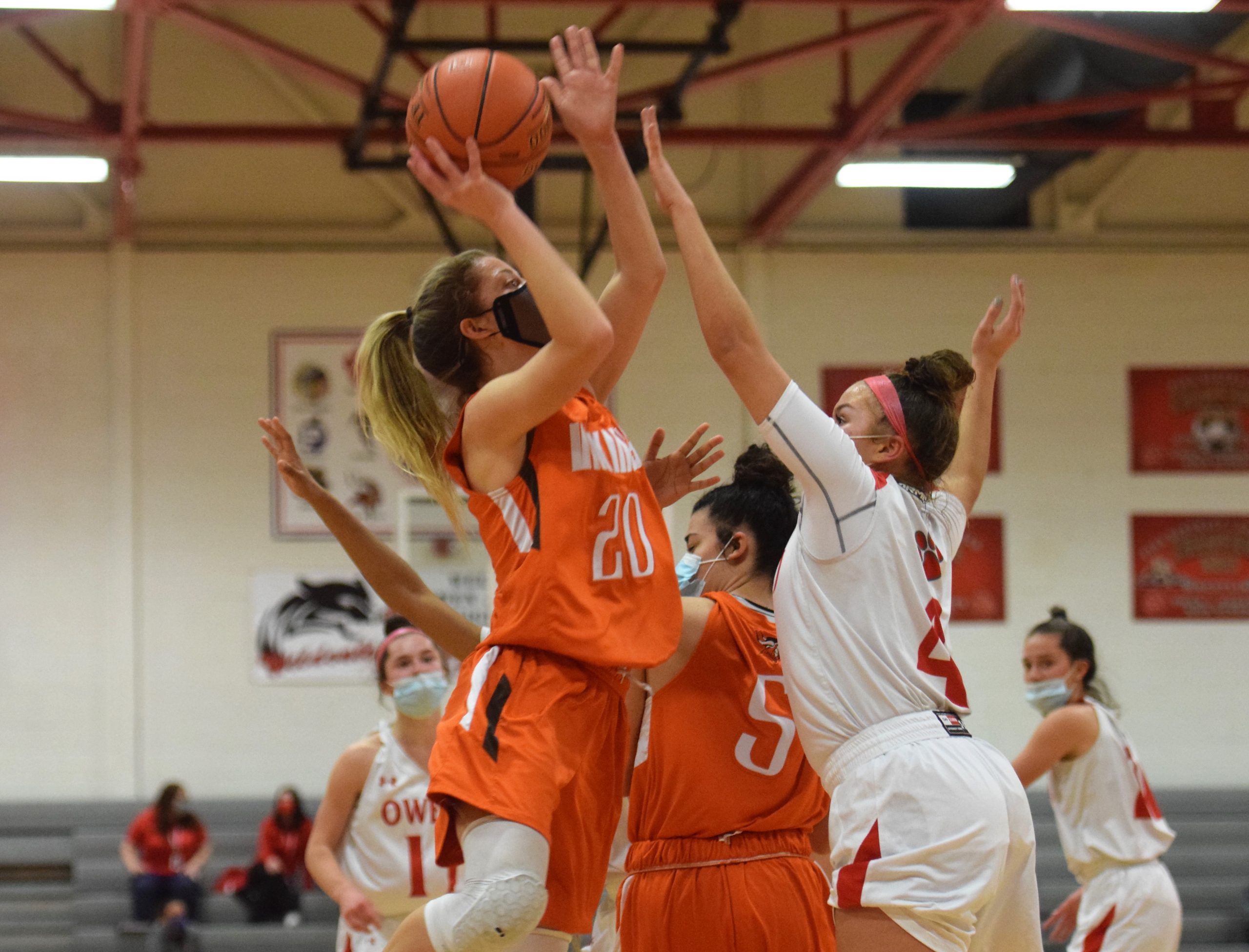 Ashley Kapp was the Bears’ (1-7 Liberty, 4-9) offensive leader, her 15 points all coming off shots from 3-point range.

PV has won seven of its last eight games, including four in a row, to push itself into the 20-team District 1-6A playoff picture at No. 17 in the power rankings. The Vikings finish up their PAC schedule against Methacton on Monday and end against Mount St. Joseph on Wednesday.

Methacton 53, Souderton 42 >> The Warriors (13-2) maintained their winning ways Friday by holding off the Indians in non-league action.

Nicole Timko netted a game-high 19 points in leading Methacton’s charge toward a 12th straight victory. Cassidy Kropp kicked in another 13 points alongside five assists as the Warriors, up 32-17 at the half, weathered Souderton’s 25-21 edge in second-half scoring.