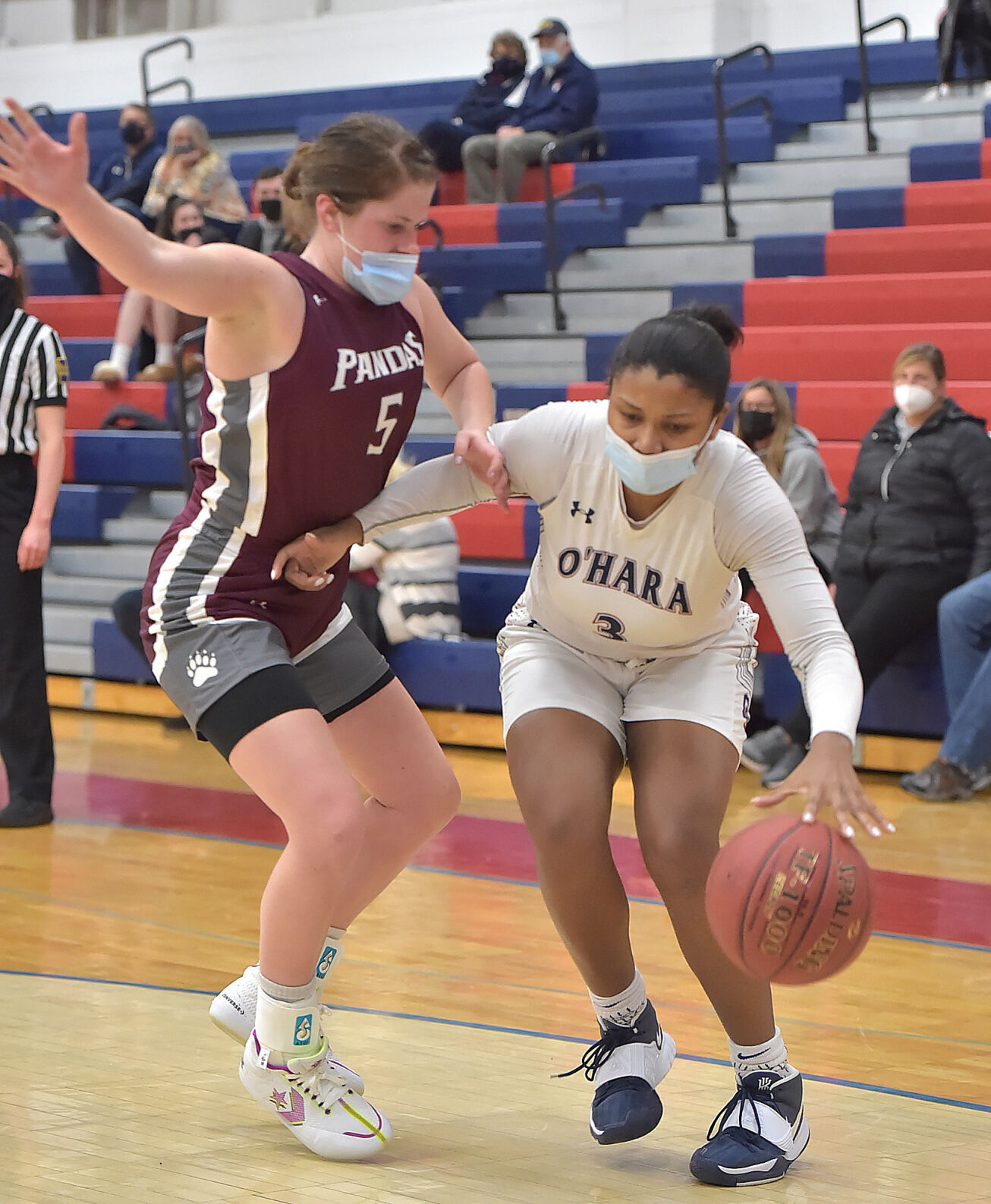 Baker has spent three years as a Lion after transferring from Baldwin School of the Inter-Ac League.

The future Kennesaw State (Ga.) Owl wasn’t acutely aware of the approaching milestone prior to her senior year. She scored her 1,000th point in a win over St. Hubert on Feb. 21.

“I didn’t know about it until the second game in, and that’s kind of when everything started, like the countdown going on in my head,” she said. “It was great to get 1,000 points.”

All Baker needed to score Saturday was 11 points to have a huge impact on O’Hara’s 55-37 victory over Archbishop Carroll.

The Lions (6-3) avenged an an early season loss to the Patriots. O’Hara’s three setbacks against Carroll, Archbishop Wood and West Catholic have been by a combined six points.

“The first time we played them, we played slow,” Baker said. “We played their game and that was just not our game, but it was also early in the season. As the season went on, we used our speed more and tried to get as much (offense) in transition as we could, and that’s what helped us win the game today.”

O’Hara ran the open floor with precision Saturday. Baker drilled a 3-pointer right before the horn at the end of the first quarter to put the Lions ahead, 15-5. Overall, the Lions used a 15-0 run in the first half to pull away from the Patriots. By halftime, O’Hara was comfortably in front of the Patriots, 28-11.

Baker and junior Sydni Scott set the tone offensively with their strong guard play. Senior wing Siobhan Boylan was excellent on defense and converted some tough baskets inside the paint. Baker produced 11 points and three assists, Scott had 13 points and three steals, and Boylan posted 10 points and a pair of dimes.

Annie Welde and Maggie Doogan were low-post forces for the Lions. Each player finished with nine points, eight rebounds and a blocked shot.

“The biggest thing is, in practice we have fun, obviously, but we beat each other,” Welde, a sophomore, said of her competitive relationship with the junior Doogan. “You know, we push each other to be better every day, so that when we go up against other people, it’s kind of exciting and we are ready for it.”

O’Hara led by as many as 26 points in the second half. The Patriots failed to establish any sort of rhythm on offense and were stymied by O’Hara’s zone and man-to-man defense. All-Delco guard Grace O’Neill drilled two 3s, but shot just 2-for-10 from the field. Meg Sheridan tallied 13 points and freshman Brooke Wilson recorded eight points, eight rebounds, three assists and two steals. But the Patriots shot 3-for-18 in the first half and 11-for-36 (30.5 percent) for the game. O’Hara hit on 42.2 percent (19-for-45) of its shots.

“We have a lot of confidence in each other,” Baker said. “We are all working to get better.”