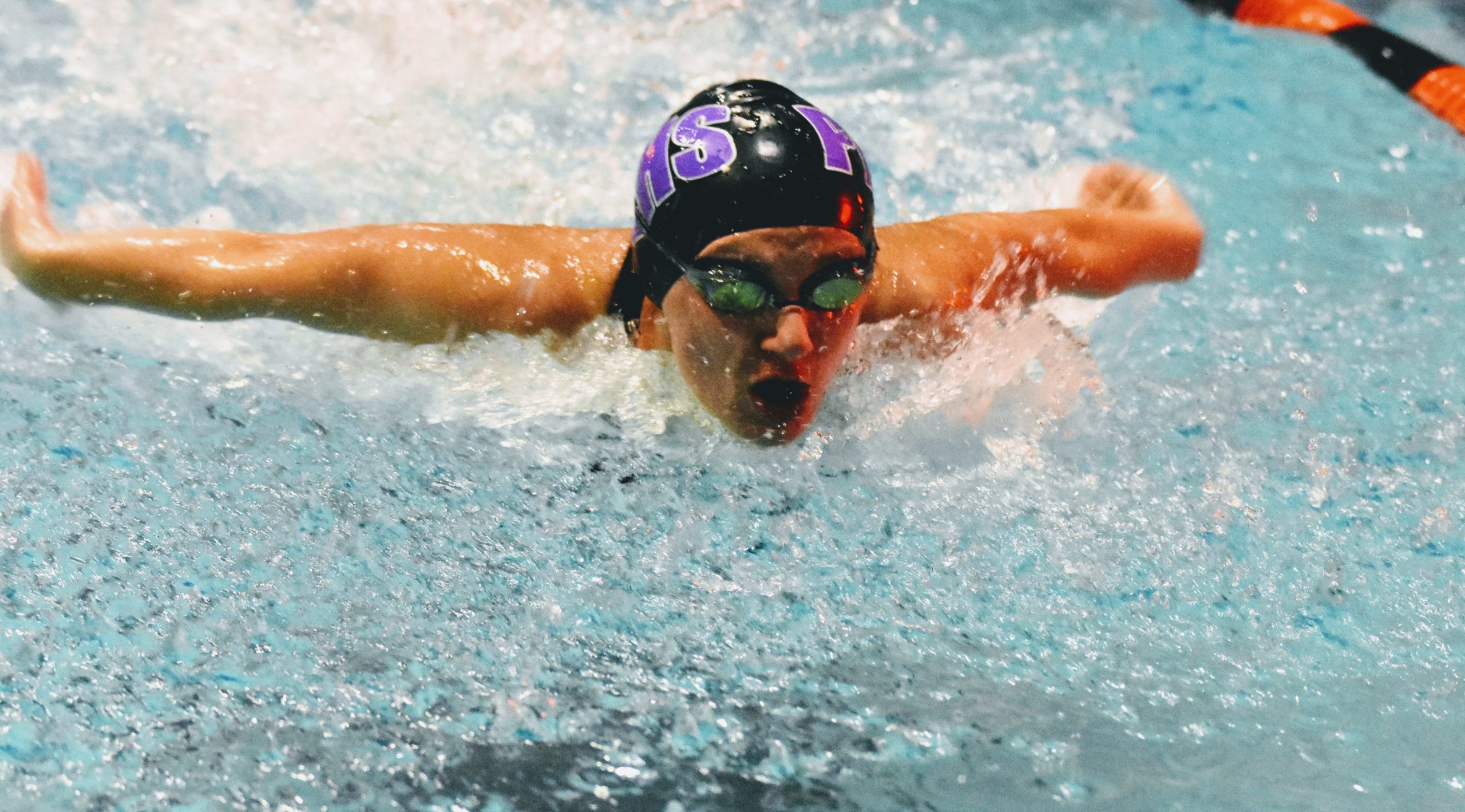 While there were no fans in attendance at Friday’s District 1 Class 3A Girls Swimming Championships, Phoenixville’s swimmers made sure they were reminded there were still people cheering them on.

The Phantoms competing at Friday’s event at Graham Aquatic Center in York had pictures of their moms’ faces on popsicle sticks for their coaches to hold up during the race.

The makeshift fans were just one difference at a championship meet that had quite a different look from years past.

“That made it a little better because I love having my mom at my meets,” Phoenixville senior Erini Pappas said. “The crowd usually brings a lot of the intensity and excitement. That was kind of bumming. You couldn’t have that to help, but people were cheering and stuff which helped.”

Pappas was one of six individuals from the Pioneer Athletic Conference competing at Friday’s event.

“The first meet she ever swam for us, she broke the school record in the 50 free,” Spring-Ford coach Greg Huff said. “I think last year she broke it three times, just getting progressively faster. This year, she didn’t quite get there until this meet and she got it. It’s the first time she’s been under 24 seconds, which is one of those benchmark times for girls.”

The district field was significantly reduced from year’s past as the top 16 individuals per event and top 12 relays were invited to the meet, keeping even some with district qualifying times out of the meet.

“Being at districts, you’re at the top of the spectrum,” Pappas said. “Being the best in the district, that’s a really big deal. Everybody that was there was the best.”

The road trip to districts was a little longer for most District 1 competitors this year.

Usually at La Salle High School, the District 1 meet was moved to Graham Aquatic Center in York due to the lack of possible in-region host venues because of current state occupancy limits.

There were also no spectators.

“It was a lot quieter, the team cheering is much diminished because there’s next to no team present,” Huff said. “We had only Ashley there and normally we have six to 10 kids there. It’s a little different, plus it’s two hours and some change away.

“The facility is better. The pool’s a little faster, but it’s a different environment. It’s a lot stressful, but you also don’t have that buzz about the event. It’s kind of like a double-edged sword.”

Pappas said she’s had somewhat of a love-hate relationship with the District 1 meet due to the added pressure it brings every winter. But with her final district championships down, she’s appreciative of the different experiences she’s had — even one that was a little bit different on Friday.

“It was nice to really be done with all that stress,” Pappas said. “It’s a really stressful meet. A few weeks before you’re always like, ‘Ooo district! I gotta prepare fo that.’ It’s a relieve and also I’m going to miss it. It’s a really fun meet and seeing everybody there, it’s just a really fun experience.”

Class 2A >> The District 1 Class 2A championships took place earlier in the day in York. Only the top 8 individual qualifiers and top 6 relay teams competed at the event.

Notes >> District 1 competitors will have to wait and see whether their times will get them to the PIAA championships at Cumberland Valley High School on March 19 (Class 2A) and March 20 (Class 3A). Other districts need to complete their championship meets. Only the District 1 champions in each event automatically qualify. Along with eight district champions, the eight next fastest times in each individual event will compete at states.