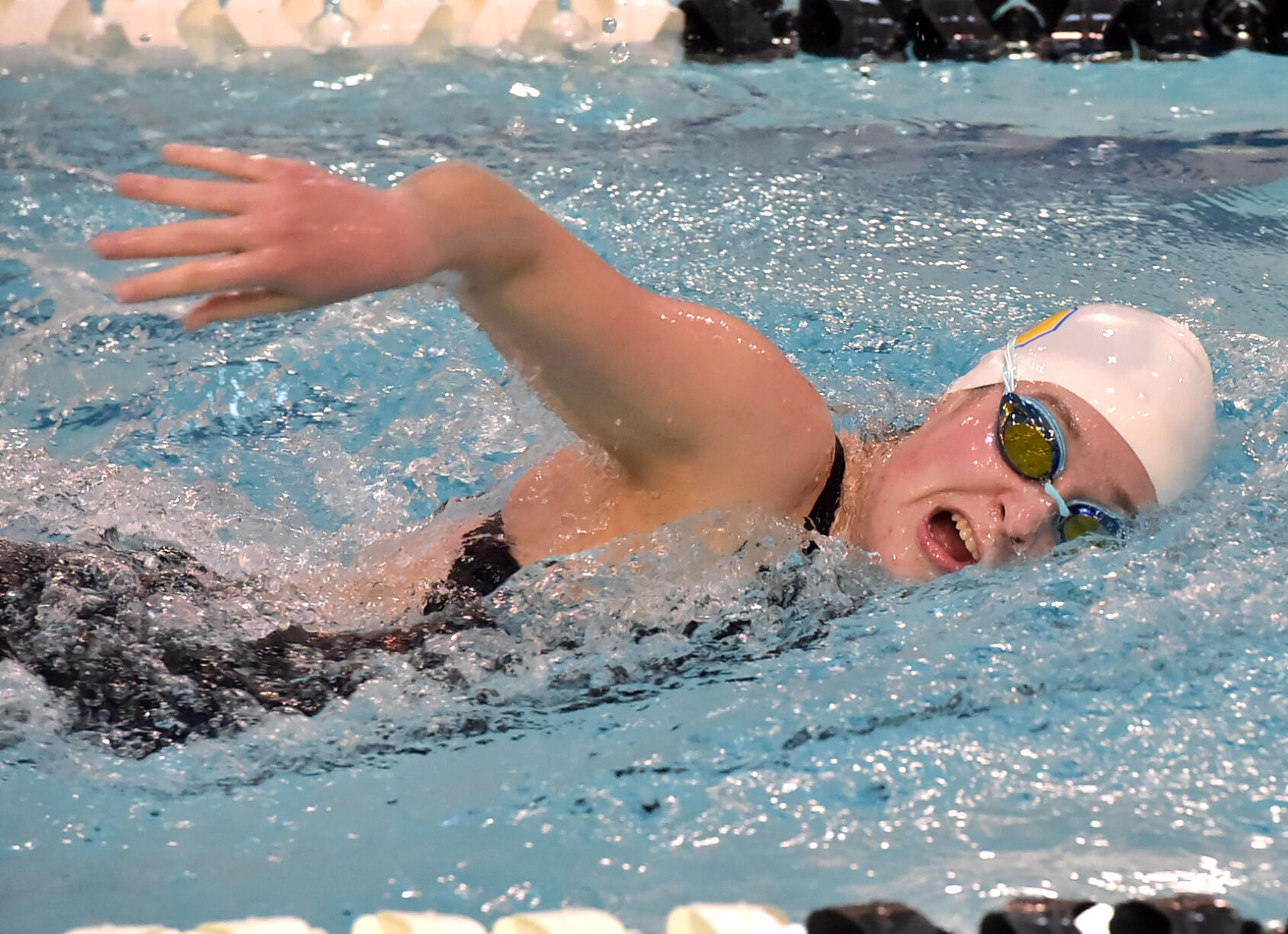 Jake Kennedy’s first Central League championships didn’t bring the usual fanfare. Even if it had, the Springfield freshman likely would’ve been unmoved.

A veteran of the Ridley Rays YMCA program, Kennedy is well traveled in regional meets. So the quadrant of the Central League meet hosted by Ridley High School last Saturday didn’t daunt the sprinter.

“I was a little nervous,” Kennedy said this week. “I didn’t think too much into it. This isn’t the biggest meet I’ve been to. I was feeling good, actually.”

The result, a Central League championship in the 50 freestyle, sets Kennedy up for the next step this week at the District 1 Class 3A championships.

Due to social distancing measures caused by COVID-19, districts will look much different. For one, they’re held at York YMCA, a long way west of District 1’s boundary. The girls swim Friday, with Class 2A competing in one session that begins at 9:15 a.m. and Class 3A in two sessions starting at 2:40 and 5:20, to roughly approximate what usually is a two-day meet. The boys will follow a similar timeline Saturday. The District 1 Championships can be livestreamed here.

Only district champions automatically qualify for states in Class 3A. A maximum of eight at-large bids are up for grabs, with states limited to 16 entries per event at the event moved to Cumberland Valley High.

Kennedy enters as the fifth seed in the 50 free, off a personal-best of 21.70 at Centrals. The 11th seed in the 50 is brother Luke Kennedy, a sophomore and Central League runner-up at 22.27. Racing his brother, no matter how familiar a competition, adds fuel to Jake Kennedy’s fire.

“It did push me a little bit,” Jake Kennedy said. “When I jumped in, everything felt good. He was right next to me, with me my first lap. I never want to lose to my brother.”

Of the 35 swimmers to hit the consideration time standard, Jake Kennedy is one of only two freshmen; the other is Central Bucks East’s Marcus Papanikolaou, the top seed at 20.98.

Given the limitations of states, districts could be the last hurrah this year for a resurgent Springfield. After a 5-0 dual-meet slate, the Cougars were runners-up at Centrals, behind Conestoga. Springfield’s top swimmers at districts – Michael Huegel, the eighth seed in the 500 and Jacob Johnson, fifth in the 100 butterfly – are underclassmen; Johnson a freshman like Kennedy.

The Cougars are also seeded third in the 200 free relay, a spot behind Conestoga. The Pioneers edged Springfield for the Centrals title by two tenths of a second in a separate slice of the meet, and the teams didn’t meet in the regular season.

That’s the ready-made objective for Springfield to keep raising its profile at districts.

“I’m really looking forward to doing the (200) free relay, because I think that’s our best chance to get on the podium,” Luke Kennedy said. “… We really want to run them down. That’s one of the main goals of this meet, to beat Conestoga.”

The Central League owns the top seed in three girls events Friday: Conestoga’s Lily Robinson in the 50 free, Haverford’s Katya Eruslanova in the 200 individual medley and Garnet Valley’s Catherine Weaverling in the 100 fly. Eruslanova is the fifth seed in the 500. Weaverling is seeded fifth in the 100 backstroke.

Radnor’s Casey Cullen in fourth in the 100 fly (and third in the 200 free, followed by Strath Haven’s Mia Yancey and Sydney Bergstrom). Bergstrom is the second seed in the 500. Yancey is sixth in the 100.

Radnor’s Rhett Cosgrove and Garnet Valley’s Matthew Hurford are seeded fourth and fifth in the 200 free. Hurford is the third seed in the 100 free, and Cosgrove is second in the 500 free. Radnor’s Jack Undercofler is fourth in the 100 fly and sixth in the 100 back.