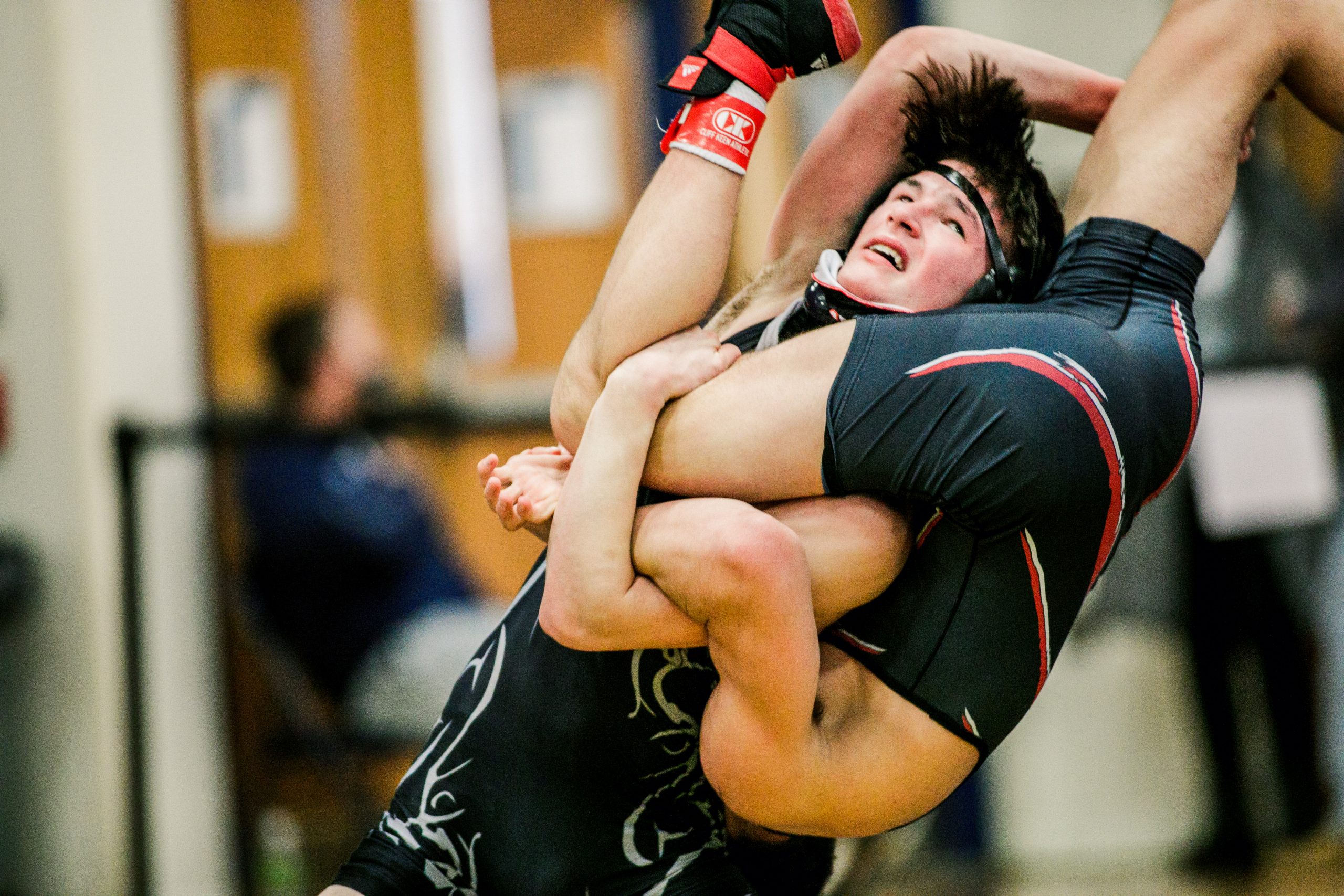 No one really knows what to call those who place in this years regional tournaments.

On the other hand, those who survive this round will be part of the last 16 wrestlers remaining at their weights, less than the typical 20 state qualifiers.

If you think the postseason schedule looks funny this year, the regional tournament will look even more bizarre. The tournament is being split into two sites, with the eight-man brackets of the 106 through 138-pound weight classes being wrestled at Council Rock North, and 145-285 competing at Council Rock South.

Action starts at 10 a.m., and the finals are expected to begin around 1:30 p.m., with the consolation finals and fifth-place bouts to follow. With no fans allowed, all the action will streamed on trackwrestling.com for a $10 fee.

A year ago, the Ches-Mont crowned seven of the 14 regional champs, and had three runner-ups. Four of those champs and two silver medalists are back, working to move on to the super regional, which will combine the placers from the Northeast and Southeast Regionals.

The power seemingly comes from the North, here, with a pair of returning state qualifiers — CR South’s Cavan Kinne and CR North’s Tony Burke. They’re the only two in the bracket who’ve been to regionals before. In the regular season, Burke beat Kinne, but Pennridge’s Cole Coffin edged Burke last week, and then lost to Kinne in the finals. Add in South champ, Cole Smith of Spring-Ford, who pinned Haverford’s Cole McFarland in a scoreless match after McFarland pinned Boyertown’s Gavin Sheridan off a scramble, and this weight seems pretty wide open. The only Ches-Mont League representative is Sun Valley’s Tim Kearney, who draws Kinne in the quarterfinals.

The only bracket without a senior has to go through Spring-Ford junior, Dom Ortlip, the lone returning state qualifier. Quakertown freshman, Mason Ziegler, boasts a 22-0 record and a promising youth resume. Joey Wuchter, one of a school-record five regional qualifiers from Kennett, gets Ziegler first. West Chester Henderson’s Carmen Cortese is one of four returning regional qualifiers, joining Ortlip, Boyertown’s Luke Heimbach and Upper Perkiomen’s Matt Milkowich. If Cortese wants to get out, he’ll have to beat CR South’s Luke Reitter, his first round opponent, Heimbach or Pennridge’s Sam Kuhns, at some point.

Boyertown has had a regional champ eight straight years, and senior Jay Maldonado is favored to win his second straight regional crown. Maldonado’s half of the bracket has a pair of sophomores and Oxford’s returning state qualifier, Cannon Hershey, who’s likely to reach semifinals. Downingtown East’s Keanu Manuel is hoping to not only avenge a loss to Maldonado in the South finals, but finally figure him, after three career head-to-head losses. In those three bouts, Maldonado has outscored Manuel 9-2 and has not given up a takedown. Quakertown’s Todd McGann is atop the bracket at 22-0, but Garnet Valley’s Matt Ricci should give him a good go, right off the bat.

Downingtown West’s Dom Findora gave up his first takedown of the season against Interboro’s Nate Shippey, but bounced back for another dominant win. If Findora stays at this level, he could give the Whippets a regional champ for the fifth straight year, but Quakertown has a third wrestler with a shiny 22-0 record in sophomore Zach Borzio. Up top, Borzio opens with a fellow lanky lightweight in Henderson’s Billy Wilson in a battle of pinners. Shippey will likely be waiting in semis. Findora is the only returning state qualifier in the bracket. Abington’s Matt McCaughey and Sun Valley’s Shane Holefelder will duke it out to see him in the semis, but the winner of that quarter will have a much more-favorable path to advancing.

Coatesville’s Nate Lucier has taken his offense to another level and has been putting opponents away. He has a chance to become Coatesville’s second two-time regional champ (Mike Boykin) and is favored to, having pinned the other returning state qualifier in the bracket, Garnet’s Griffin Hollingsworth, in the South finals a week ago. Hollingsworth faces a fellow 100-match winner, Central Bucks West’s Chris Cleland, in quarters, with Perkiomen Valley’s Kelly Kakos expected to be the biggest competition up top. Henderson’s Brett Patton is a wildcard as Kakos’ opening foe. Strath Haven’s Kelton Brunner opened some eyes a week ago and he’ll have a tough scrap with North Penn senior, Eddie Galang, for the right to face Lucier in semis.

With four seniors and four juniors here, there’s experience galore, and one slot is seemingly reserved for favorite, Kyle Hauserman of CR North, who’s placed third and fourth in the state the last two seasons. Quakertown’s Domenic DeFalco has as many career wins (128) and trips to states (three) as Hauserman, but was majored, 10-0, in their finals matchup a week ago. DeFalco is in the crosshairs of Kennett’s Trent Kochersperger, with an anticipated clash in the semis. Neither has reached a regional final, yet. The loser would be favored to get out, but there will be some battles in the consolation bracket. Henderson’s Palmer Delaney is on Hauserman’s side and gets Pennsbury’s Mason Grodzki, first. A win there would greatly increase his chances of advancing, but Boyertown’s Chance Babb could be lurking, hoping for revenge after Delaney’s cradles gave him fits last week.

It’s hard to believe Henderson hasn’t had a regional champ since 2005 (Scott George), but Sammy McMonagle is poised to end that drought. Five Warriors have won state medals and 19 have reached states in that stretch, and McMonagle has been to Hershey three times and took seventh-place as a junior. It won’t be a walk in the park, however, with North Penn’s Will Morrow, the quarter foe of West Chester East’s Andrew Luke, on his side, and Bensalem’s Connor Eck up top. Eck is two wins shy of 100 for his career. CR South’s Shermuhammad Sadriddinov, McMonagle’s opener, steps in after the North’s fourth-placer finisher was disqualified, last week, and don’t be surprised if he capitalizes on a second chance.

According to pa-wrestling.com, this bracket has the highest cumulative winning percentage (.889), barely topping 138 (.888). Not surprisingly, there’s a tournament-high four returning state qualifiers here. Neshaminy’s Zac Martin leads the way as a sixth-place finisher at states, and Strath Haven’s Chase Barlow, Interboro’s Dom D’Agostino and Abington’s Shane Kibler were in Hershey, as well. For the lone local, Kennett’s Josh Barlow, this trip may just be one to chalk up as experience for later, as he starts with Martin. Also up top, Kibler gets Spring-Ford’s Zach Needles, who’s making his fourth trip to regionals. Chase Barlow has earned bonus points in all but one of his 15 bouts this season, but he’s in for a challenging semi against either D’Agostino or CR South freshman, Bekhruz Sadriddinov, a Pennsylvania Junior Wrestling champ last year.

Much like 138, it feels like a three-horse race here with the remaining five hoping to land the fourth spot. Spring-Ford’s Jack McGill is the winningest active wrestler in the district, leading McMonagle 136-133. He’s the only one in the bracket with state hardware (seventh), but CR South’s Matt Colajezzi and Bensalem’s Talon Pisarchuk bring state experience. Downingtown East’s Bo Horvath is up top with Colajezzi and gets Central Bucks East’s Mason Stein in quarters. A win there is almost crucial, just to avoid the loser of Pisarchuk/McGill in the consis, assuming Colajezzi claims the top half. Henderson’s Bobby English would love to extend a career that started with a 9-14 freshman season, and he could find his way to the blood round.

If Manuel doesn’t beat him to it, Matt Romanelli could become the second two-time regional champ from Downingtown East (Wade Cummings). Romanelli has been on a tear, with three first-period pins a week ago. The resistance should be upped a bit, with CR South’s Tom Woloshyn positioned to meet Romanelli in semis. Woloshyn will first have to get past Kennett’s Darrale Barrett, who responded with three straight wins last week as the No. 8 seed. Up top, Lower Merion’s Jack Lledo looks like he’s stepped his game up another gear, and he faces West Chester Rustin’s lone qualifier, Marek Seaman. Garnet’s Desmon Perry should be able to keep himself in the mix, as well.

When Garnet’s Sam Ditrolio threw Henderson’s Koh Bauman, trailing 2-1, and eventually pinned him, he set himself up with a more manageable path to the finals, this week. Perk Valley’s Grant Euker threw his name into the hat last week, with a North title, but DiTrolio has the biggest repertoire on the top half. The lower half belongs to Spring-Ford’s Joey Milano, who seeks his second regional title after finishing runner-up last winter. Bauman starts with a one-loss junior from CR South, Anthony Cerulli. In his third trip to regionals, Bauman has the goods to navigate his way to a top-four finish.

Sun Valley’s Ryan Catka is the highest returning state medalist (third) from last season, and he welcomes a talented trio from the North, eager to upend him. CB East’s Quinn Collins enters as the North champ, having knocked of CB West’s Carl DiGiorgio. That pair has squared off eight times in high school and Collins has won five. Kennett’s John Pardo is the only freshman heavier than 152 to reach regionals, and he drew DiGiorgio in quarters. Pardo has shown he has the talent to grow into a star, but he will be fighting uphill against some equally-talented, yet older and stronger vets. Jake Allred is Conestoga’s only representative, and he has Lucas Doyle, CR South’s tournament-high eighth contestant.

A pair of undefeated big boys bookend the bracket, with CR North’s Max Harar up top and Upper Darby’s Julien Laventure, below. They could be considered favored to reach the finals, but you just never know at heavyweight. Laventure and Plymouth Whitemarsh’s Mike Miller reached states a year ago and could meet in the semis. Harar gets Garnet’s Nicholas Mahoney, while the other quarter pits Pottsgrove’s Manny Allen and Downingtown West’s Matt Micale. The senior Whippet has a way of keeping things close — 45 percent of his career bouts have been decided by a decision — but he’s 18-22 in those matches.