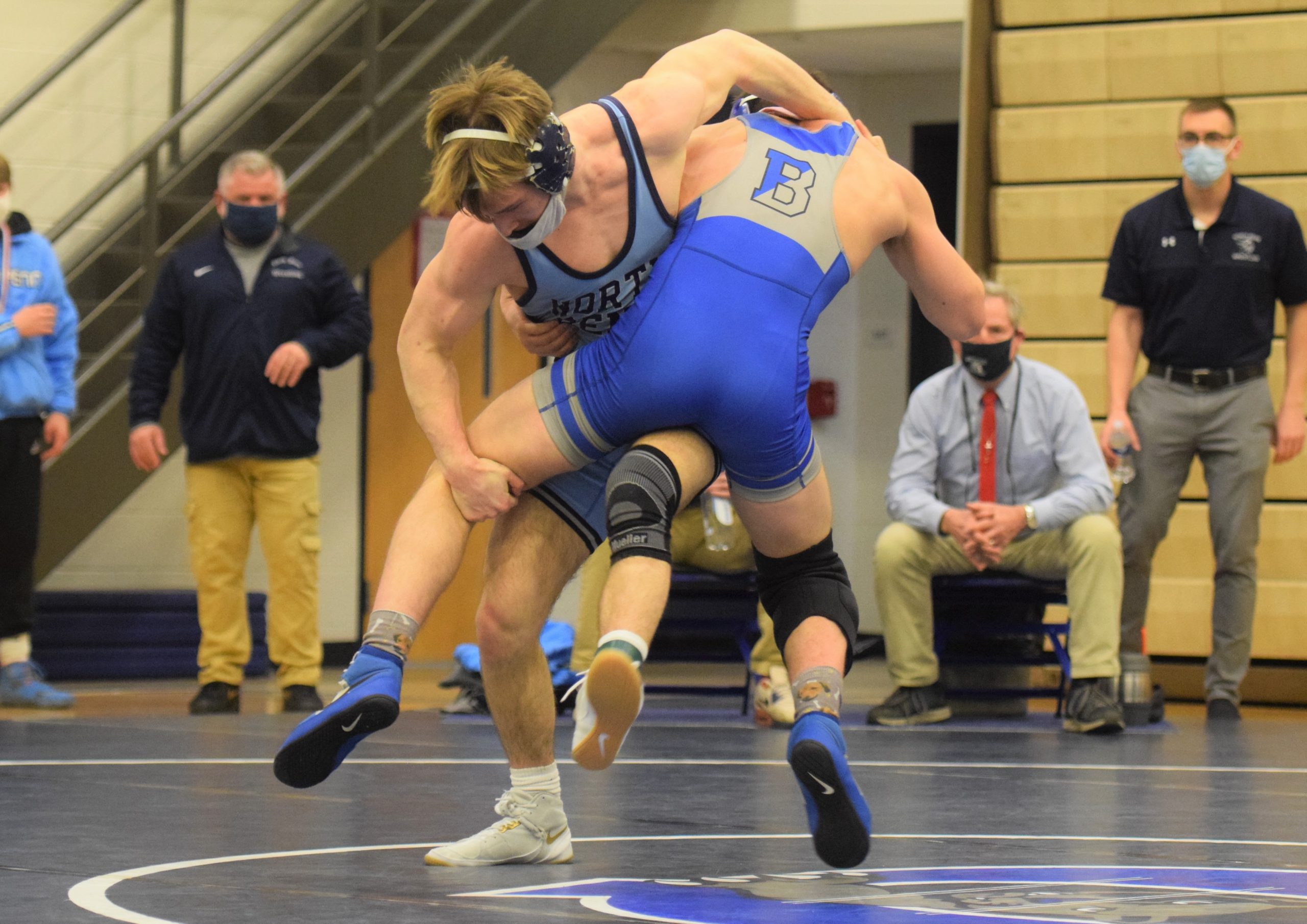 North Penn’s Eddie Galang expects to do at least one thing in his first trip to the PIAA Class 3A South East Regional.

“I just hope to give it all I have,” said the Knights senior last Saturday at the District 1-3A North Tournament. “Leave it all on the mat and just have fun. It might be my last time wrestling ever, so just make sure I have fun and enjoy the moment.”

Galang is one of the three North Penn wrestlers and 16 locals looking to move a step closer to Hershey Saturday in a regional meet reconfigured to get through the COVID-19 pandemic.

Fields for each of the 13 weight classes have eight wrestlers with matches taking place at both Council Rock North and Council Rock South – North hosting weights 1061-138 while 145-285 taking place at South. The tournament begins at both sites at 10 a.m. with championship finals scheduled for 1:30 p.m.

Top four finishers from each class advance to the PIAA 3A East Super Regional – which will include Districts 1, 2, 11 and 12 – March 6 at Quakertown.

Morrow, meanwhile, is one of three state qualifiers in the 145 field and opens against West Chester East’s Andrew Luke. Morrow placed fifth at 138 at last year’s regionals. Bensalem’s Connor Eck, who beat Morrow by 8-4 decision in the district final, reached PIAAs at 145 in 2020 while District 1-3A South champ Sam McMonagle of West Chester Henderson took seventh at states at 126 last season.

Plymouth Whitemarsh’s Mike Miller earned regional silver at 285 last season and aims for a one-place improvement at the same class. Miller starts against Garnet Valley’s Nicholas Mahoney in the quarters.

A rematch with Council Rock North’s Max Harar, who edged Miller in the district final 3-2, would come in the final but Miller might need to go through state qualifier and district South champ Julien Laventure of Upper Darby in the semis first.

Pennridge’s trio competing Saturday are all freshmen with both Cole Coffin at 106 and Sam Kuhns at 112 coming off second-place finishes at District 1-3A North. Both also start against Boyertown opponents – Coffin takes on Gavin Sheridan with Kuhns facing the Bears’ Luke Heimbach.

Abington’s Shane Kibler also made the 152 field after taking third at districts over Gallagher. The Galloping Ghosts junior took fifth in 145 at last year’s regional to earn spot at states and faces Spring-Ford’s Zach Needles in the quarters.

Joining McCaughey in the 126 bracket is Upper Merion’s Ayden Cheng, a third-place finisher at districts who faces Interboro’s Nate Shippey.

CB West’s Carl DiGiorgio, who made states last year at 195 by earning fifth at regionals and placed second in 215 at last week’s districts, opens against Kennett’s John Pardo. A win could meant a semis match with Sun Valley’s Ryan Catka, who pinned DiGiorgio in the 2020 regional 195 semis and went on to take third at states.

Tyler Geiger of Souderton starts in 138 against South champ Trent Kochersperger of Kennett, a state qualifier at 132 last year.