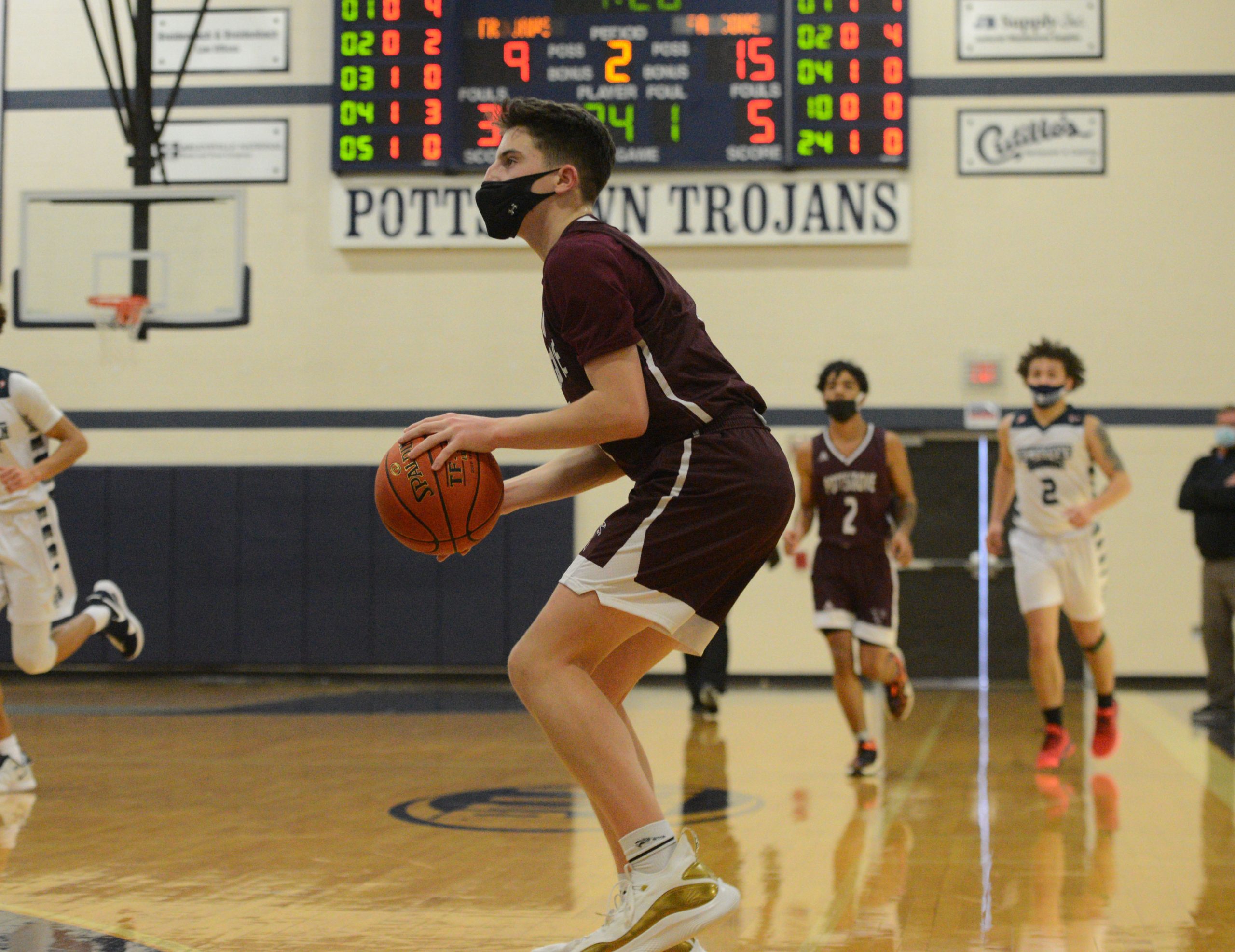 Pope John Paul II 65, Pottstown 60 >> The Golden Panthers held off the Trojans Tuesday for a PAC Frontier Division victory that kept them perfect on the season.

Kevin and Justin Green headed PJP with 21 and 15 points, respectively. Luke McCarthy (11 points) and J.P. Baron (10) also scored in double figures for a Panther unit (7-0 Frontier) standing at 10-0 with five games left in the regular season.

For Pottstown (4-5, 4-9), Jahzeel Watson had 17 points while Corey Cottman and Terryce Phillips each added 15.

Boyertown 57, Spring-Ford 46 >> Keeping the Rams at bay in the second half Tuesday, the Bears rode their first-half lead to victory in this PAC Liberty Division pairing.

David Leh scored 18 points to head a trio of double-figure scorers for Boyertown (3-3, 6-3), which edged its guests down the stretch 28-26 after building a 29-20 halftime lead. Christian Renninger followed with 16 and Tre Diguglielmo added 10.

The two teams previously met on Saturday with the Bears coming out on top in that game as well.

Every player on the PV roster scored, and the defense helped forge a 41-7 halftime advantage.  Upper Merion’s leading scorer was Riley Anderson with 11 points.

Blue Mountain 43, Boyertown 39 >> Though Mikayla Moyer and Ashley Kapp combined for 27 points Tuesday, the Bears fell short of the Eagles in their non-league pairing.

Kapp had 15 points — tied with Blue Mountain’s Lindsay Kutz, one behind game leader Abby Bean — while Kapp added 15. Boyertown took a tenuous 27-25 lead into the fourth quarter, only to see the Eagles pull ahead for keeps in an 18-12 stretch run.