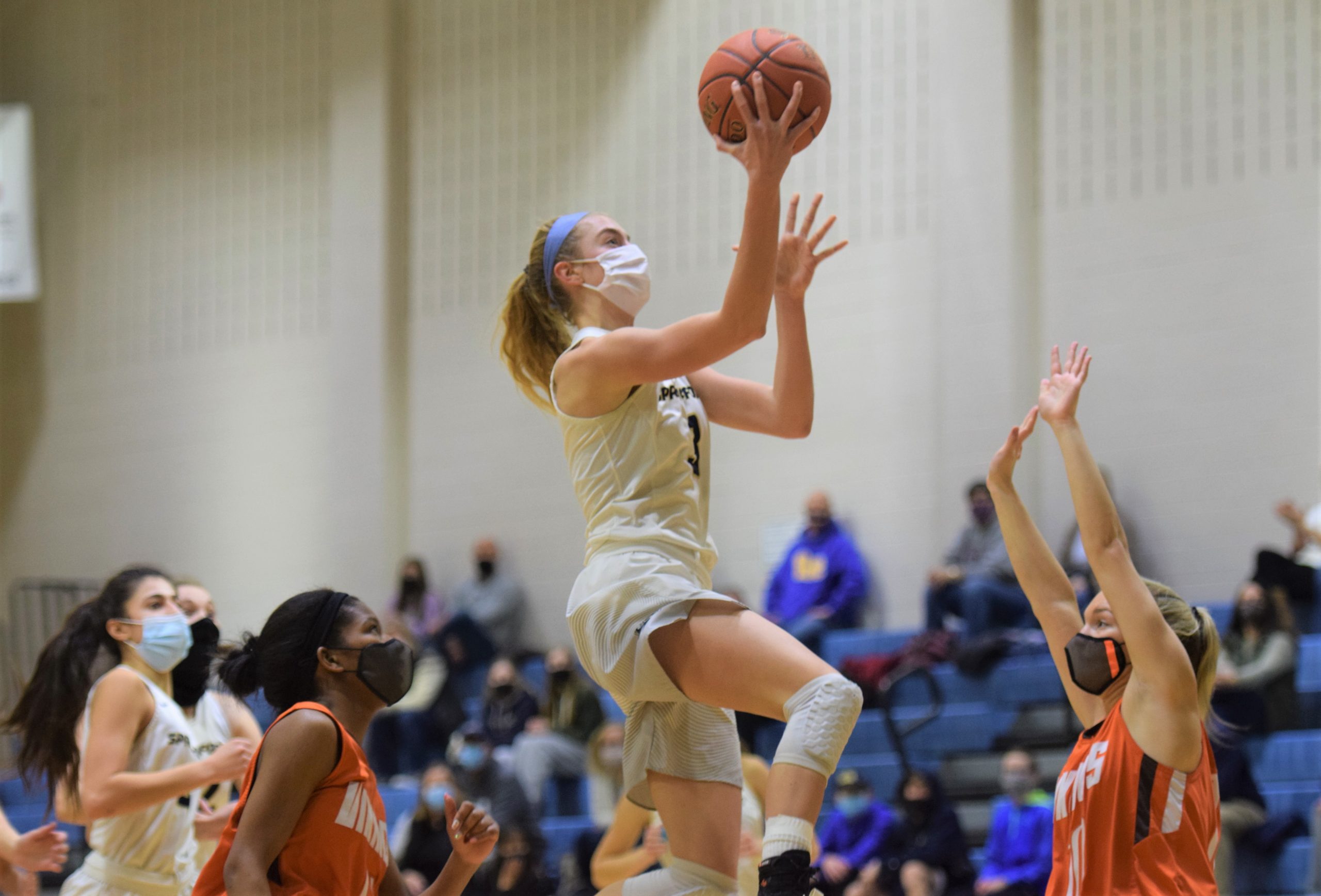 Abbey Boyer (9 points) had a crucial late steal and sealed the game by going 3-for-4 at the free-throw line in the closing seconds.
Anna Azzara added 12 on four 3-pointers.

Spring-Ford jumped to No. 1 in the District 1-6A power rankings with the win.

Pottsgrove 66, Pottstown 43 >> Justine Fretz scored 17 to the Falcons to a PAC Frontier win over their crosstown rivals for the second time in five days.

Riley Simon nearly had a triple-double with nine points, 16 rebounds and 9 assists and Sydney Mowery added 12 for Pottsgrove, which had eight players on the scoresheet and led 35-17 at half.

Pottstown was led by Trinell Watson’s 17 and Mikyla Brandon’s 10.

Phoenixville 50, Upper Perkiomen 17 >> The Phantoms put the pedal down in the second quarter by outscoring the Tribe 22-2 in the frame and cruised to a PAC Frontier win.

Methacton 29, Owen J. Roberts 21 >> The Warriors held the Wildcats to just 11 points through three quarters and kept their distance for a PAC Liberty win Wednesday.

Alli Hazlett added 7 for the Warriors.

Kapp was the lone double-figure scorer at 17, six of them coming off a pair of 3-point baskets. Boyertown padded its 21-8 halftime lead by outscoring UM in the third, 11-1.