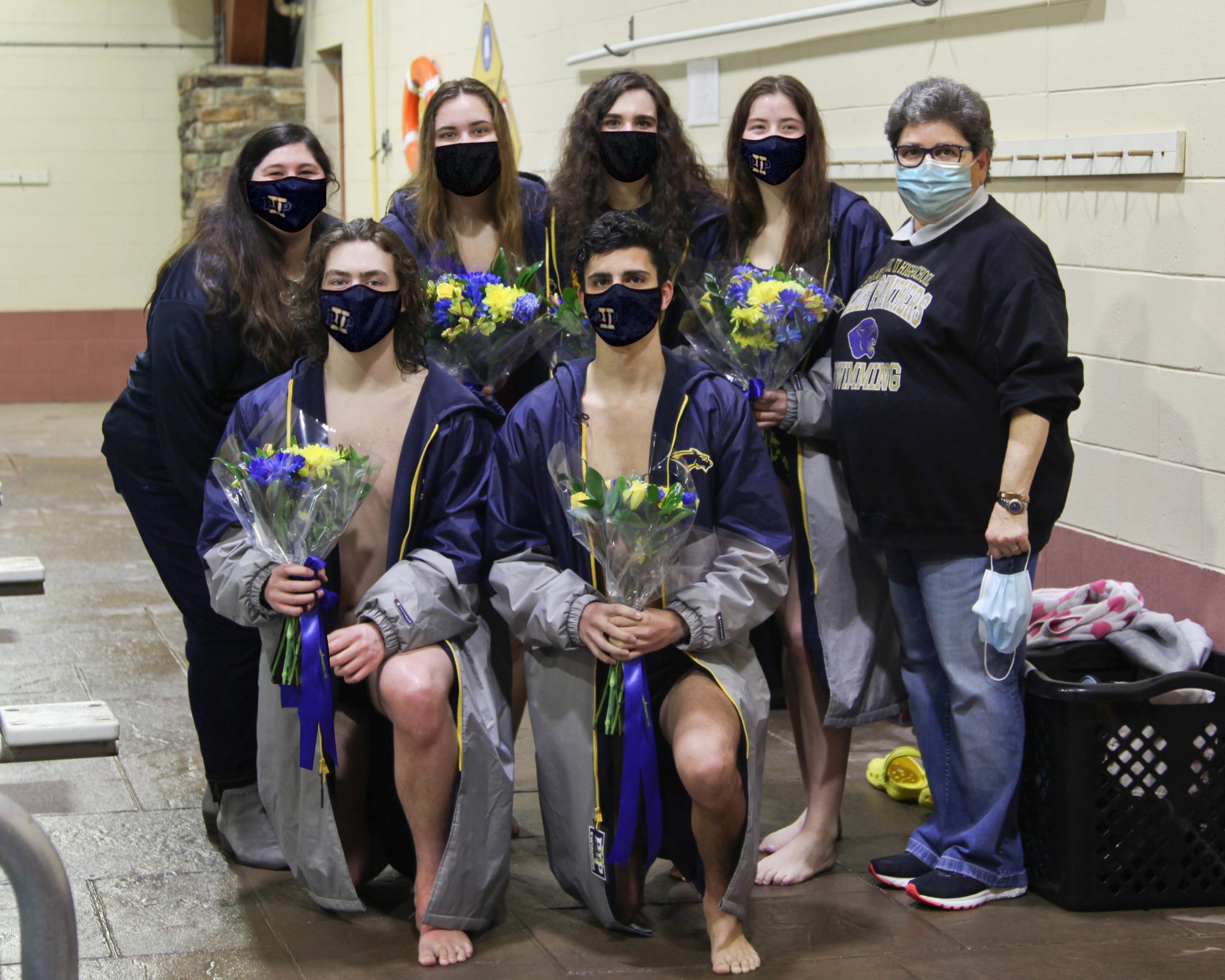 Josh Murtaugh has been there from the start of the Pope John Paul II swimming program.

The fact that he will swim at his third District 1 championship meet on Saturday is not lost on the PJP senior.

Four years after no Golden Panthers competed at the championship meet, Murtaugh is one of three PJP individuals competing at the District 1-2A swimming championships at Graham Aquatic Center in York this weekend.

Murtaugh is one of five seniors who have been with the Golden Panthers’ swim program since its first season in 2017-18. That season PJP didn’t officially compete against other PAC schools.

Under head coach Emily Thomas, Jayson Leary and Murtaugh have steadied the boys side for the past four seasons while Lindsey Piontek, Kylie McVeigh and Maggie Sullivan have been stalwarts for the PJP girls.

They’ve gone from teams struggling to fill lineups to the ability to mix and match lineups in their final seasons.

“We were definitely a lot smaller the first year,” McVeigh said. “It was a fight to even get a team. … In eighth grade, we all wanted to swim. We’d been swimming for a long time, so we wanted to start a team.”

“It’s been really fun seeing the team grow just from our freshman year, just being a couple of us and now all the way up until our senior year, the team growing,” Piontek added.

All five seniors said they’ve done their fair share of recruiting during their careers at PJP to help build the program up.

Sullivan said she’s gone to open houses at PJP to help spread the word. Murtaugh said he even wrangled some of his buddies from the boys cross country team into the pool.

Phillips was the program’s first district champion and state qualifier last season, winning the 500 free and finishing third in the 200 free at the District 1-2A championships before the state meet was wiped due to the coronavirus.

Precautions for COVID-19 reduced the district championship field down to the top eight swimmers in each event, but PJP had its most district qualifying times this season. While only three individuals will compete this weekend, the Golden Panthers had five total individuals and a relay teams both qualified for districts.

“I think the thing that happened was just having more kids in the school know about the team,” Murtaugh said. “When freshmen came in, they were more open to swimming.”

Murtaugh will be the only member of the the senior class at the District 1 championships this weekend, but it’s fair to say the impact of this senior class will still be felt and for many more years to come.

“We all want to show a good example for the people that are coming ahead,” Piontek said. “We kind of started the team from the bottom and grew it up. We want them to continue what we started.”

Their times in the pool may be over but PJP’s senior class doesn’t plan on cutting its roots to the program it started any time soon.

“We’re the first seniors to go through all four years,” Sullivan said. “I think we’ll definitely come back.”