Dock Mennonite pulls away from Souderton in second half 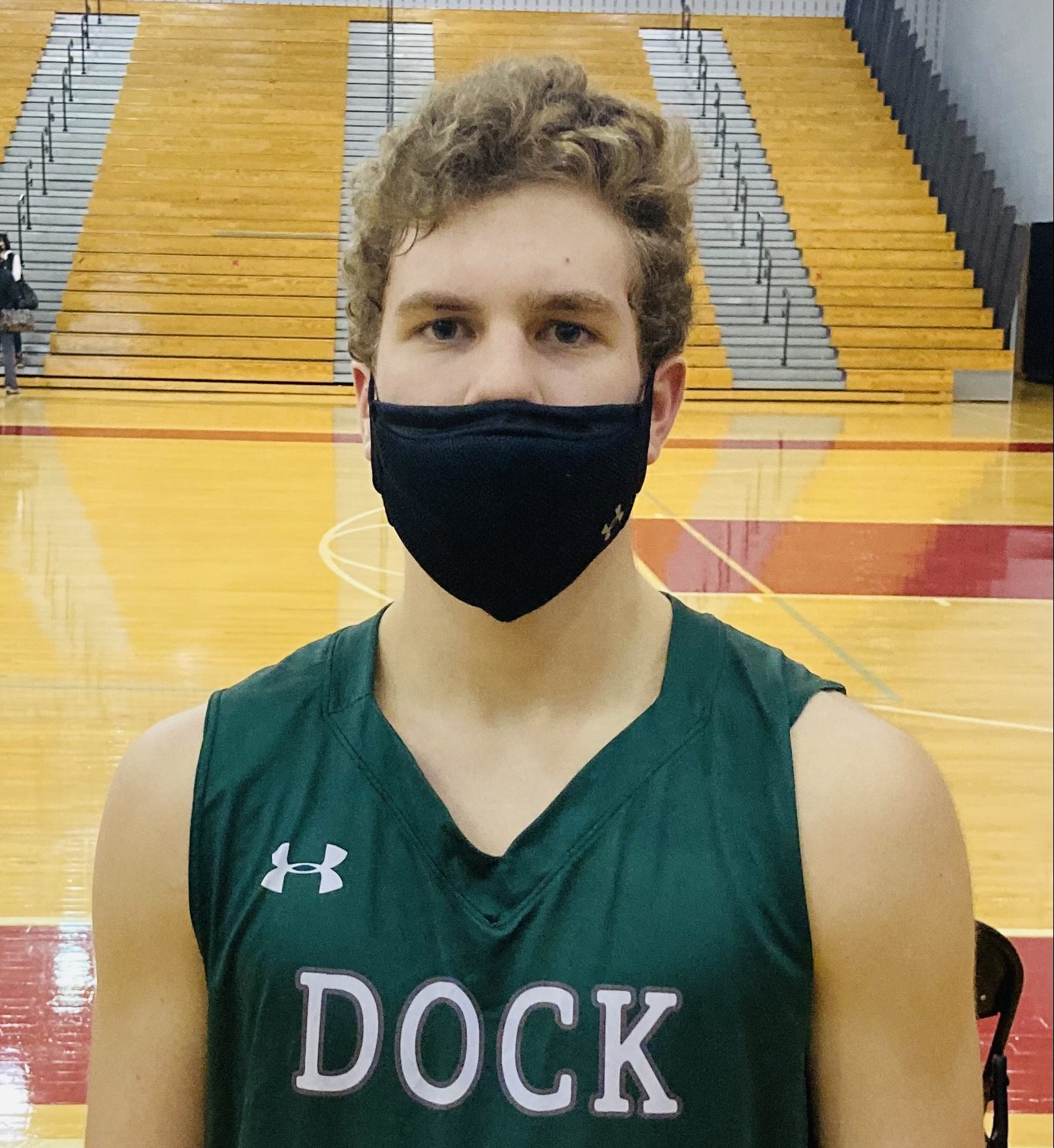 FRANCONIA >> A surging green jersey in a sea of white and red, Dock Mennonite’s Nathan Lapp kept getting to the basket Tuesday night.

“I like driving,” Lapp said with a wide smile, “so if I see a lane, I go right there. I attack the rim.”

Dock was on the attack in the second half against Souderton, pulling away to a 67-47 victory in the non-league contest.

“We’ve been on a hot streak for a long time so we just wanna keep it rolling,” Lapp said.

Lapp scored 10 of his points in the second half, during which Dock led by double digits for the majority of the way.

“In the third quarter, we came out and played well at both ends of the court,” Fergus said. “It’s been such an uneven year (with the pandemic and the snow), but somehow, we’re getting better.”

Souderton got as close as 10 in the fourth but a three by Dorsey widened the gap to 13 and the Pioneers were on their way. Kuhn found Martin down low moments later.

A three-point play by Lapp, in which he took it hard to the hoop, scored and was fouled, typified the Pioneers’ second-half resolve.

Dock was also forcing turnovers and converting them into points.

“We were getting fast breaks, which is good because we knew we needed to run on these guys,” Lapp said.

Baskets by Kuhn, Lapp and Tomir Johnson helped keep the Pioneers ahead. Chase Scheuren hit a short jumper at the other end for Souderton at the buzzer, tightening things to 10-9 at the end of the first quarter.

Dock made its move in the second.

Kuhn hit a jumper and a cutting Lapp finished at the rim, contributing to the run that provided the visitors a 21-9 edge.

Lapp, who had 11 first-half points for Dock, hit a three to help make it a 23-15 Pioneer advantage at the break.

The Pioneer lead grew from eight to 16 by the end of the third.

Dock, giving away a size advantage to Souderton, still clamped down defensively and forced multiple turnovers.

A three by Johnson and a layup by Lapp helped push the pace for Dock, which took a 38-22 cushion into the fourth.

Shaun Purvy had the team high for Big Red with 14 points.

Dock has a home, non-league battle with Academy Charter out of Lancaster on Thursday before a pivotal game at Delco Christian Friday, in which Dock could wrap up the Bicentennial Athletic League title.