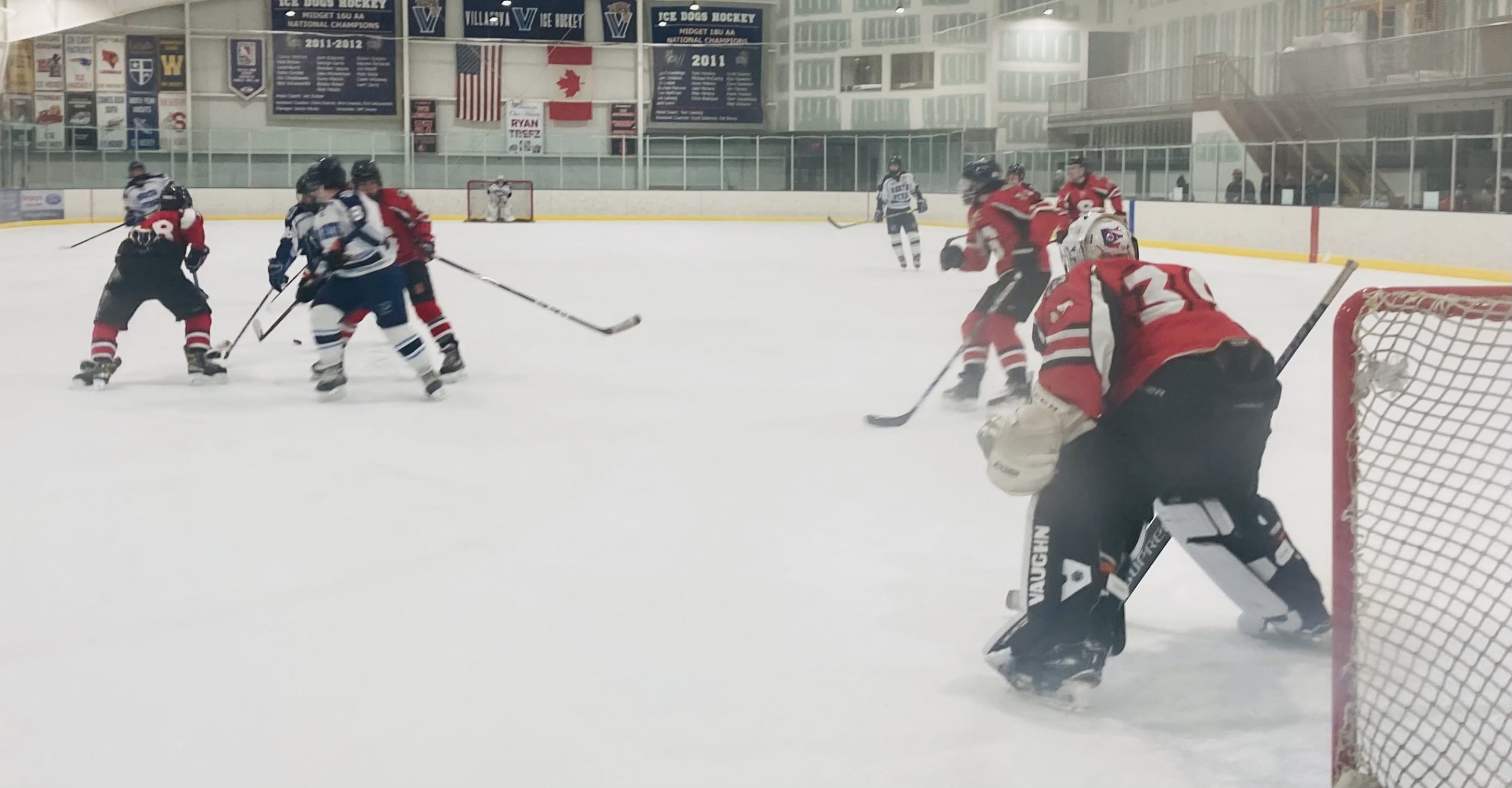 Five different players contributed goals for North Penn Wednesday night as the offense came in waves, one line after another.

“We have three lines that can contribute and score,” Knights coach Kevin Vaitis said after the victory over rival Souderton, “when we have everybody here and everybody’s healthy and ready to play. I think we saw a little bit of that tonight, what we can do with a balanced line.”

“If you can do that, it generates a lot of pressure on the other team,” Vaitis said. “It’s tough for them to match up against lines that you have out there and we were able to have all three lines contribute.”

The Knights swept the regular-season series with Big Red, and it all started with a power-play goal by Kaufhold. The power play was a point of focus all week for North Penn.

“That’s a key to some of these games. It comes down to special teams at times,” Vaitis said. “So us getting a power play goal early, that was a big boost.”

North Penn, now 3-3-1 overall and 2-2 in the Continental, looks to continue its midseason push when it travels to Bucks County Ice to take on Central Bucks East at 7:20 p.m. on Wednesday.

Busy night >> With all of the pressure that North Penn generated Wednesday night, Souderton keeper Noah Connor faced a lot of shots – 49 in all.

Connor hung in, making 41 saves to help keep Big Red in it. Souderton got within 4-3 in the second period and in the third, cut the Knights’ lead to 6-4 and later 7-5.

At the other end, Seth Grossman was in the midst of a four-goal night for Big Red, making it 10 goals for him in four games played this winter.

Souderton will be in action again Thursday night at 6:20, taking on Pennsbury at Hatfield Ice.

Hot streak >> Since falling to Pennsbury, 3-2, on opening night, Pennridge has reeled off six straight wins, most recently a 5-3 win over Neshaminy.

Aeryk Lehrhaupt leads the Rams with 10 goals in their 6-1 start.

Pico has a save percentage of .926 in his seven games, and has allowed just 2.27 goals per contest.

The Rams haven’t had to sweat too much late in their games, scoring more than six goals per contest during the streak. Four of the victories were by two goals or more.

Pennridge looks to make it seven in a row when it skates against Central Bucks South on Thursday at 7:10 p.m. at Hatfield Ice.