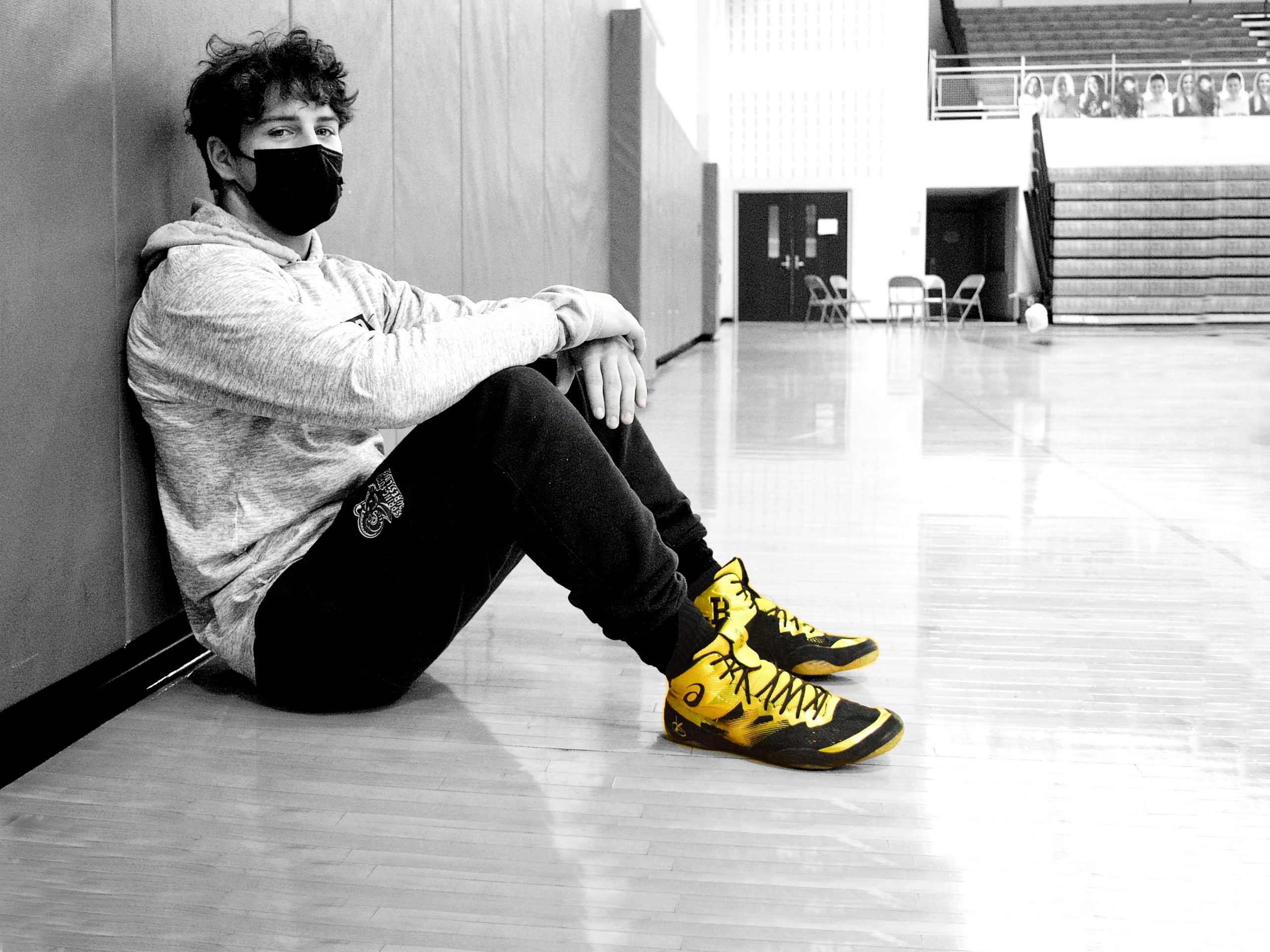 Last November the Spring-Ford senior was presented with a unique opportunity. Especially with his senior wrestling season anything but certain, it wasn’t one to pass up.

The invitation was to compete on the undercard of the Fight 2 Win 157 Brazilian Jiu-Jitsu pay-per-view event at 2300 Arena in Philadelphia on Nov. 14.

McGill has blended Brazilian Jiu-Jitsu training with wrestling since sixth grade, but he had yet to compete on a bigger stage in his alternate discipline.

“With the uncertainty of the season at that point in November, I thought, ‘It’s a chance to compete. I might as well take it,’” McGill said.

Just as he’s done 133 times and counting in his scholastic wrestling career, McGill brought home the win in his bout with Josh Dziewa, a Yardley native and two-time NCAA wrestling qualifier at Iowa who now coaches wrestling at Germantown Academy.

“I just went out there, tried to do my stuff and do what I had to do to win. Jiu-jitsu favors the more aggressive guy,” McGill said. “I attacked him, went for his legs and he wasn’t ready for it and got the win there. That was nice, especially against a bigger-name opponent.”

In August, McGill was reminded to not take anything for granted in a much more dire way.

The entire Spring-Ford and wrestling communities were devastated by the Aug. 17 death of 2020 graduate Louis Carbajal from injuries suffered while a passenger in a single car crash in the early morning hours of Aug. 11.

With the amount of time Carbajal increasingly spent at the McGill house, Jack felt like Louie truly was a part of the immediate family.

“The day after states my sophomore year, we had a big party with a ton of food. After that he started showing up more and more,” McGill said. “The month of October (2019) he was living with me. He would come over to my house every day.

“Louie in his junior year was not a good wrestler. Terrible,” said McGill. “At the end of his junior year he started showing up to my house and I would say, ‘I’m going to practice. Do you want to come?’ I would bring him to practice and as I was getting better he was picking up everything too.”

Together, McGill and Carbajal enjoyed success like never before in the 2019-20 season … McGill’s largely expected, Carbajal’s anything but. Carbajal was a 36-42 career wrestler who had never placed better than fifth at sectionals in his first three years. But as a senior, Carbajal’s improbable rise included 195-pound runner-up at the Southeast 3A Regional and earning a PIAA medal by placing eighth a week later in Hershey.

“When he medaled at states, everybody was so happy for him, around the district even,” McGill said. “Nobody expected it.”

McGill’s upward trajectory was more to plan. He qualified for states as a freshman in a 37-18 season and followed it up with a 41-9 sophomore campaign and another trip to Hershey. His next step forward as a junior included a 45-9 record, crossing the 100-win mark at the Escape the Rock tournament, placing second at regionals and taking seventh at 152 pounds at the PIAA Championships for his first medal.

The 160-pounder is out to a 10-0 record in the pandemic-altered season that had PAC schools competing only in league duals during the regular season. It has denied him the ability to overtake the Spring-Ford career wins record of 150, currently held by 2018 graduate and Penn State sophomore Brandon Meredith, but McGill’s motivation lies elsewhere.

McGill has the usual motivation of wanting to bring his best as a senior when the postseason commences this weekend with the District 1 sectional tournaments – and a great deal more.

“(Honoring Louie is) a big motivator for me,” McGill said. “His mom gave me the shoes he bought in the summer and that’s what I’ve been wearing for my matches, these gold shoes that were his,” McGill said. “That’s my biggest motivation this year, to win it not only for me, but for Louie and Louie’s family.”

McGill will sport the gold – Carbajal’s Asics JB Elite IVs – while he goes for the gold over the next four weeks of the high school wrestling postseason.

The gesture is a testament to the character of a student-athlete who consistently makes the right moves, according to Seislove.

“Jack does everything the right way, whether it’s in school, at home with the family or whether it’s here in our wrestling program,” said Seislove. “He does anything you ask of him. He works hard, he’s always on weight and he does all those little things that coaches enjoy having in an athlete. His work ethic outside the room – we all say that if you want to be good at this sport you have to do the extras, you have to pay the price, and he does.”

He’s a true student off and on the mat. McGill’s wrestling knowledge and recall is encyclopedic: in a 20-minute conversation he seamlessly recalls the scoring margins and key sequences of the Rams’ comeback win over Owen J. Roberts, the résumé of Tony Differ, his former youth coach at Upper Merion, from 25 years before he was born – “He won a state title for Upper Merion in 1978, took second in ‘79,” McGill weaves into conversation – and correctly prognosticates the outcome of the District 7 team wrestling championships.

“After my freshman year I would go on the Pa. wrestling website (pa-wrestling.com) and just click on people, even guys back into the 70s through kids today and knowing who they wrestled. I would know literally everybody on every team in the state pretty much. The top guys, I can tell you a lot of their matches. I read a lot of the articles around the state.”

That passion obviously doesn’t deter from his academics: McGill is bound for Columbia University, the Ivy League school in New York City.

On the mat, grappling in its different disciplines is a passion, too. He was introduced to Brazilian Jiu Jitsu in late elementary school when Differ invited Jack and older brother Brett McGill, a 2016 Spring-Ford grad, to train with him at Precision Jiu-Jitsu in King of Prussia.

He has increasingly blended BJJ training with his wrestling offseason work. The styles are different – jiu-jitsu focuses on leverage, joint locks, and choke techniques from the top and bottom positions, while wrestling focuses on high cardio, strength, technique, takedowns and control from the top position – but McGill sees the value in meshing the two. The Fight 2 Win pay-per-view events hosted on FloGrappling take place nationwide and feature music, lighting and atmosphere that gives them the feel of a big UFC fight.

So it was an impactful image to see McGill’s arm raised in victory under the spotlight on the elevated mat at the 2300 Arena in November.

It’s an image he will hope to replicate on the floor of the Giant Center on March 13.

There’s no doubt how his shoes will glow.