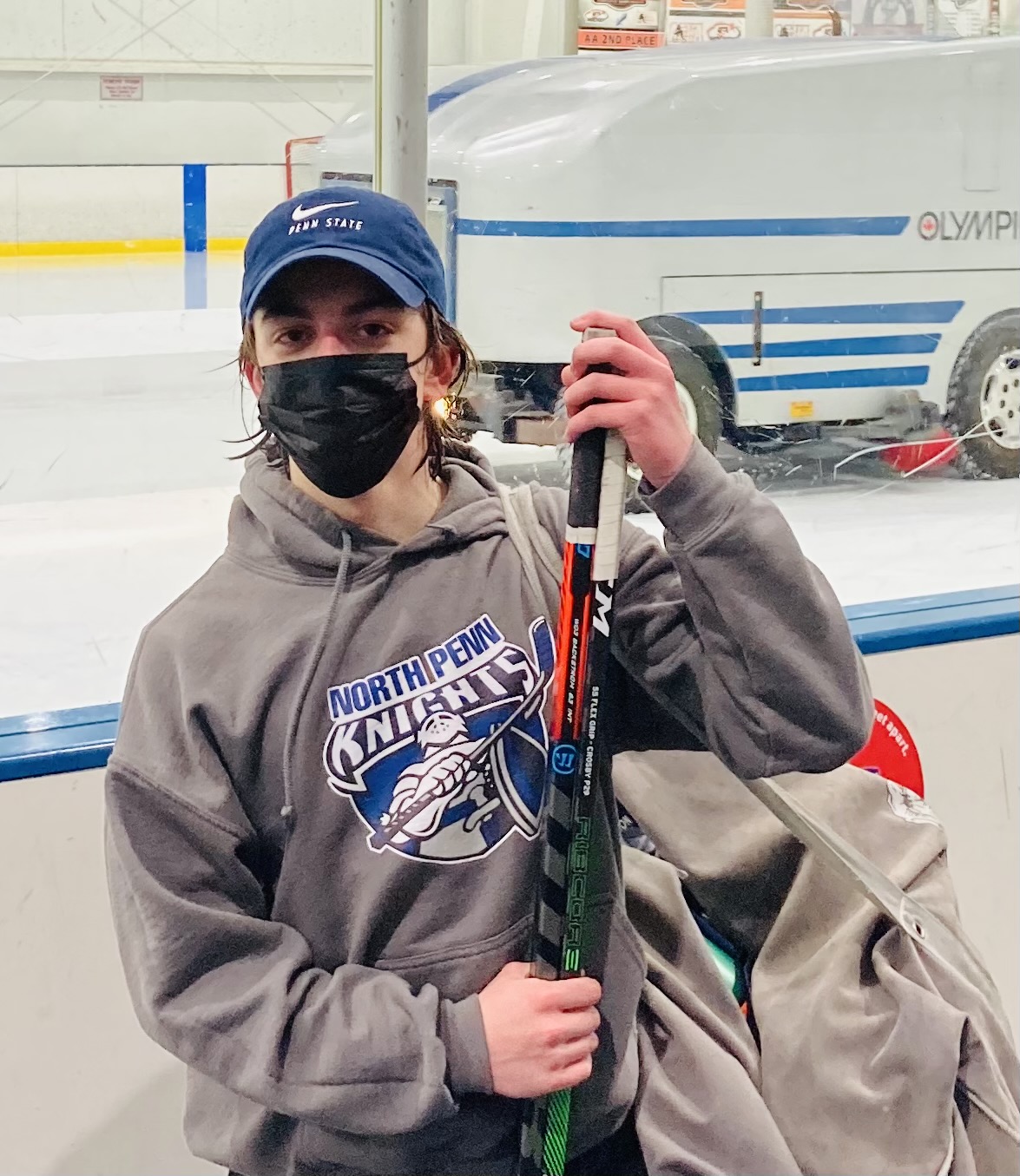 HATFIELD TWP. >> Ryan Kaufhold has skated into a much bigger role this year for North Penn.

“I didn’t really have that many goals last year,” the forward said. ” I think I got the same amount of goals this game as I did all last season. So that was pretty cool.”

Kaufhold’s hat trick helped lead the way for the Knights Wednesday night at Hatfield Ice, as they earned an 8-5 win over rival Souderton on Senior Night.

“It was fun,” said Kaufhold, who helped NP raise its record to 3-3-1 overall and 2-2 in the Continental. “I think we’re hitting the turning point. There are some tough teams coming up that we have to go against but I think we can win.”

North Penn led 2-0 after one period and extended to a 4-1 advantage by the second. A four-goal effort by Big Red’s Seth Grossman brought Souderton back, but North Penn kept the game in its control.

“You get that power play goal to start, which is great,” Knights coach Kevin Vaitis said of the Kaufhold tally, set up by Ryan Cunningham and John Stinson. “That’s something we’ve been talking about a little bit. We watched some tape on it the other day of our power play.

Zach Cline scored the first of his two goals later in the first, off passes from Jeromy Porubski and Cunningham.

The Knights charged into the second, widening the gap to 3-0 when Cline struck again, with Jack Bates and Porubski setting things up.

Grossman got Souderton on the board and then Cunningham answered for the Knights. Back-to-back goals by Grossman tightened things to 4-3 but then Kaufhold provided a cushion going into the third.

“There’s been different games this year where they’ve contributed and helped out,” Vaitis said of Kaufhold and Cline. “And sort of led us. And tonight was the same.”

Porubski made it a 6-3 Knights lead early in the third. Evan Thacker knocked one in for Big Red but then Tony Tuozzo stretched the NP lead to 7-4 with 10 minutes to play. After Grossman put in his fourth for Souderton, Kaufhold capped the scoring for North Penn.

Said Vaitis of Senior Night: “It’s the most unique Senior Night that we’ve ever done (because of the pandemic and social distancing). But I think it’s nice that we were still able to recognize the seniors that we have. And to see a couple of them score goals and get on the score sheet was nice.

“Cunningham is a senior who has been with us for four years, Jeremy Porubski had one and then Zach Cline had two. It was nice to see those guys contribute tonight.”