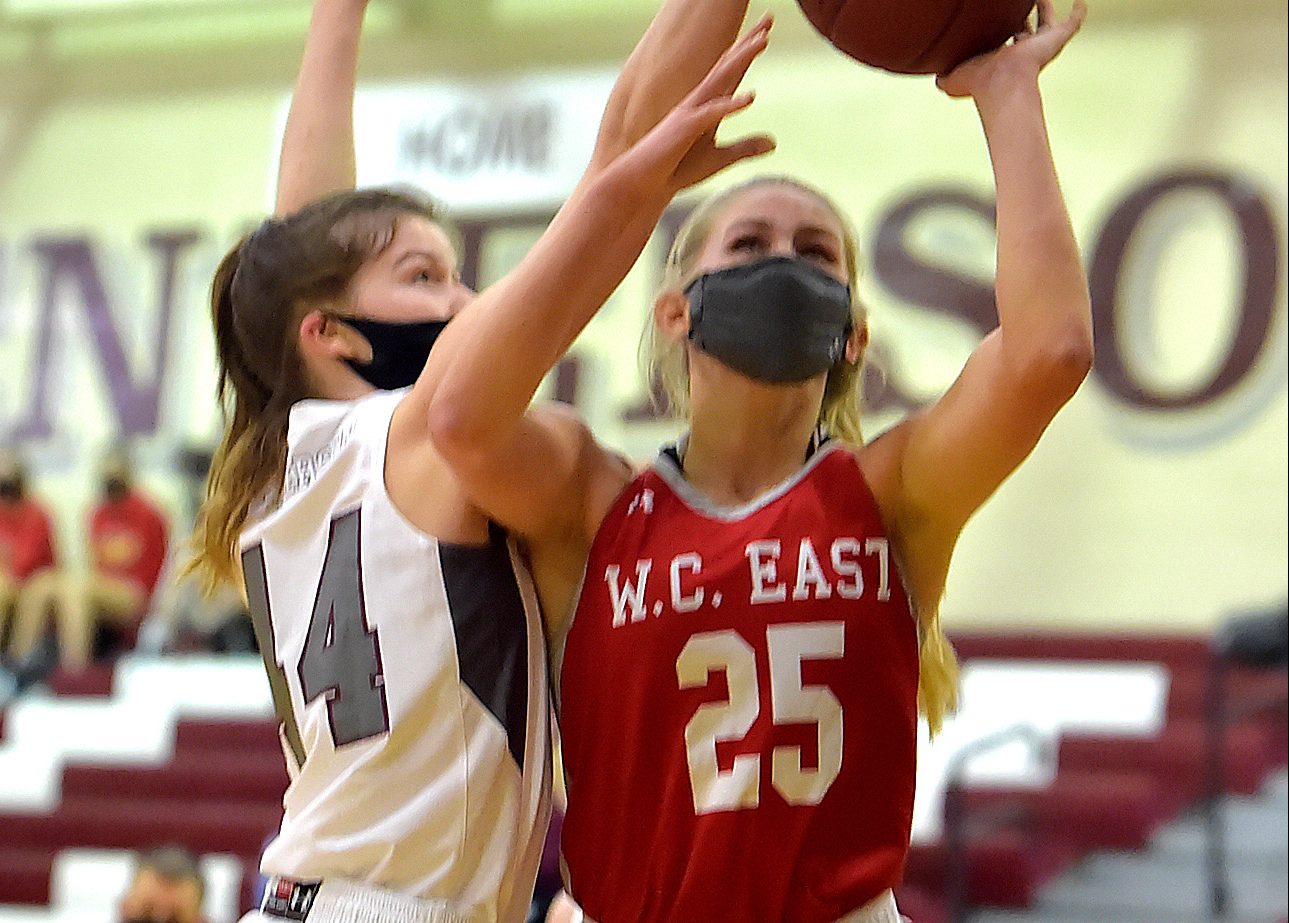 Just a few days after joining the 1,000-point club, Lauren Klieber had a big night on Tuesday, pouring in 16 points to lead West Chester East to a thrilling 41-40 win over West Chester Henderson in Ches-Mont League girls basketball action.

Megan Merten added 11 for East, and had six points in the fourth quarter, including the go-ahead basket in the lane with 1:13 left to give the Vikings the lead for good.

East trailed by a point entering the fourth quarter, but was able to pull out the win, despite a big night for Henderson’s Molly Manion, who had a game-high 17 points in the losing effort. Whitney Evans added 13 for Henderson and Ellie Shea had six.

West Chester Rustin 51, Sun Valley 25 >> Laine McGurk led the Golden Knights with 19 points as Rustin rolled to a Ches-Mont League victory, jumping out to a 21-2 lead after just one quarter and leading 31-7 at half. Elizabeth McGurk had five points for Rustin while Laney Costin, Ava Panetta and Marisa Betchyk had four points each.

Bishop Shanahan 54, Avon Grove 40 >> Shanahan had four players with double-digit points in the Ches-Mont League National Division win. Zane Domsohn had 13 points, Ryan Riotto and Will O’Loughlin each had 11 points, and Ryan Smyth added 10 points for the Eagles (7-0 Ches-Mont). Reese Ziegler and Tyler Newman had big nights for Avon Grove, with 23 and 15 points, respectively, in the loss.