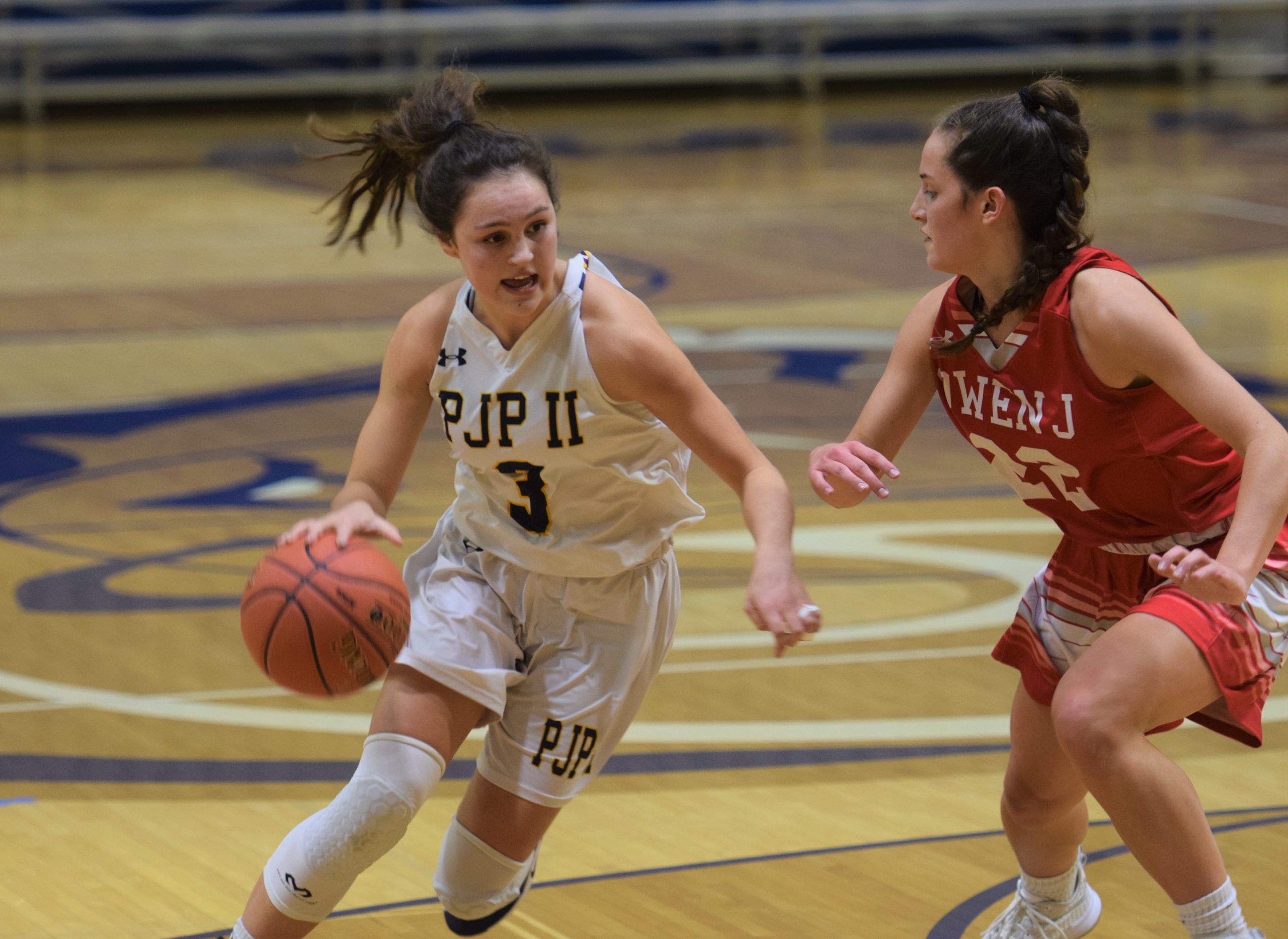 Avery White, who moved into fourth place on the OJR scoring list Saturday, led the Wildcats with 12 points.

OJR led 13-12 at halftime before PJP outscored the Wildcats, 10-4, in the third quarter to take the lead. Kennedy scored a layup and knocked down a free throw to extend the Golden Panthers’ advantage to 29-25 late in the fourth. OJR’s White knocked down a three to cut the lead to one before Crossan helped seal the game at the line.

Methacton 67, Upper Merion 9 >> Nicole Timko and Alli Hazlett (12 rebounds) both tallied 14 points as the Warriors cruised to a PAC Crossover win over the Vikings on Monday.

Perkiomen Valley 46, Pottsgrove 35 >> Jennifer Beattie and Emma Miley combined for 33 points in the Vikings’ PAC Crossover win over the Falcons on Monday.

Beattie scored 18 points and Miley 15. Jaimi Makins came off the bench to score 11 for the Falcons and Riley Simon added nine.

Phoenixville 50, Boyertown 32 >> Aubrie Breisblatt’s game-high 20 points were the catalyst for a PAC Crossover win for the Phantoms on Monday.

Bowman finished with 14 points for Upper Merion. Ty Jones and Frank Herman, who blocked a potential Methacton go-ahead shot, both had 11 points in the win.

Steven Penjuke had 15 points for Methacton, knocking down five threes. Brett Byrne had 11.

Boyertown 62, Methacton 6 >> Boyertown reeled off eight pins — the quickest a 24-second slap by Asher Sigler at 113 in the first match of the night — in a rout of the Warriors on Monday in a PAC contest.

There were only two contested weights — PV took the others by forfeit — and the teams split. Grant Euker scored a first-period pin at 215 for PV, and PJP’s Alan Alexander was a winner at 160 by injury default.