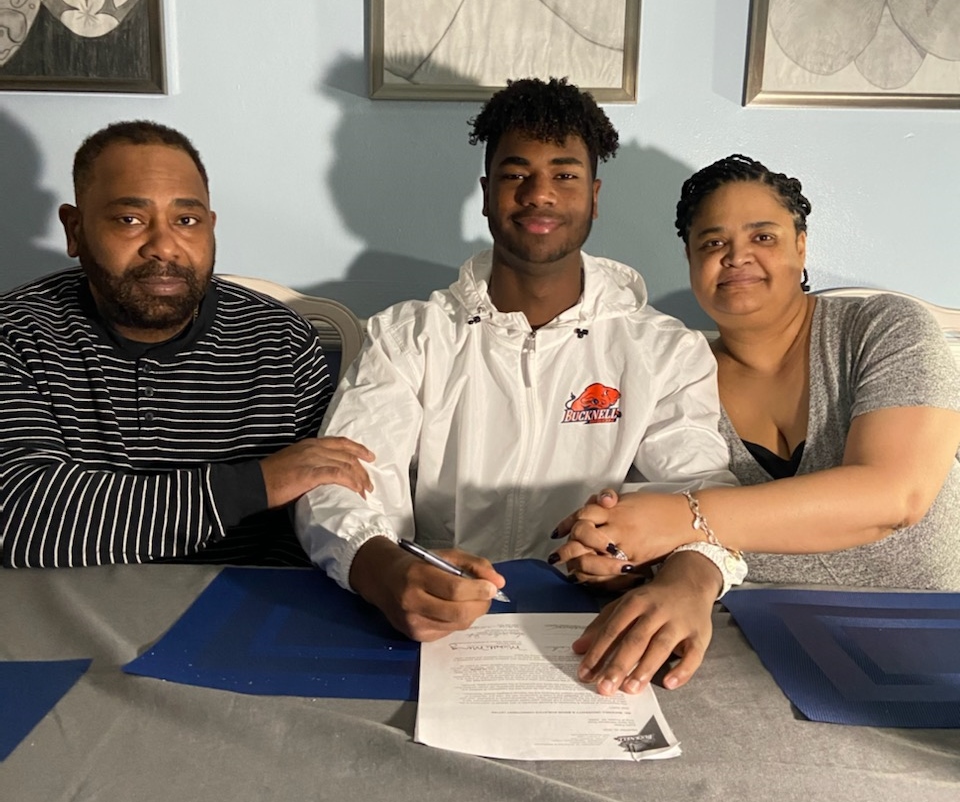 Fisher announced his decision on Twitter Aug. 28 before signing his National Letter of Intent Dec. 16.

“The campus was the most beautiful campus in my opinion that I’d seen,” the King of Prussia native said. “I just liked the way it felt when I was taking my visit. The football coaches, when they were recruiting me they believed in me from the start. They jumped on me pretty early an even after my senior season – I got hurt – they were still like, ‘You’re our guy. We still want you here.’ That was a major factor.

“Another reason I chose Bucknell is that they are a young team with new coaches and I want to be a part of the new culture.”

Fisher started playing football when he was seven years old. He played youth ball for the King of Prussia Indians and Upper Merion Vikings before playing at the high school level.

The 6-foot-5 220-pound lineman earned three varsity letters for football. He started seeing playing time as a sophomore before putting together a strong junior season. As an 11th grader, Fisher earned 1st Team All Pioneer Athletic Conference Frontier Division as an offensive lineman and 2nd Team as a defensive end.

“Justin is a good all-around person, student, and athlete,” Upper Merion football coach Victor Brown said. “He has matured and developed to be everything a coach wants in a player on and off the field. Justin was one of my fastest and strongest players. He could run and jump with skill players and lift with the biggest and strongest linemen. As a player, Justin was very quick off the ball and disruptive to opposing offenses.”

He will play defensive end at Bucknell.

“You get more freedom in what you can do,” Fisher said for why he likes the defensive side better. “You have the ability to try out new things, like new moves or techniques. It’s more fun in my opinion.”

Fisher’s senior season was cut short before the Vikings five-game season kicked off. He tore his labrum a week before the season started and is about a month away from getting back to bench pressing.

Despite missing his final season, Fisher has plenty of memories from his time at Upper Merion. Some moments that standout out include reaching the playoffs during his sophomore and junior seasons, watching pancake blocks in the film room and playing alongside his brother, William Fisher, who once threw a devastating block while Justin was returning an interception as a sophomore.

Justin Fisher also earned three varsity letters for lacrosse, but he will be taking this spring off to recover from his injury and get ready for college football in the fall.