Upper Moreland finds its way in win over New Hope-Solebury 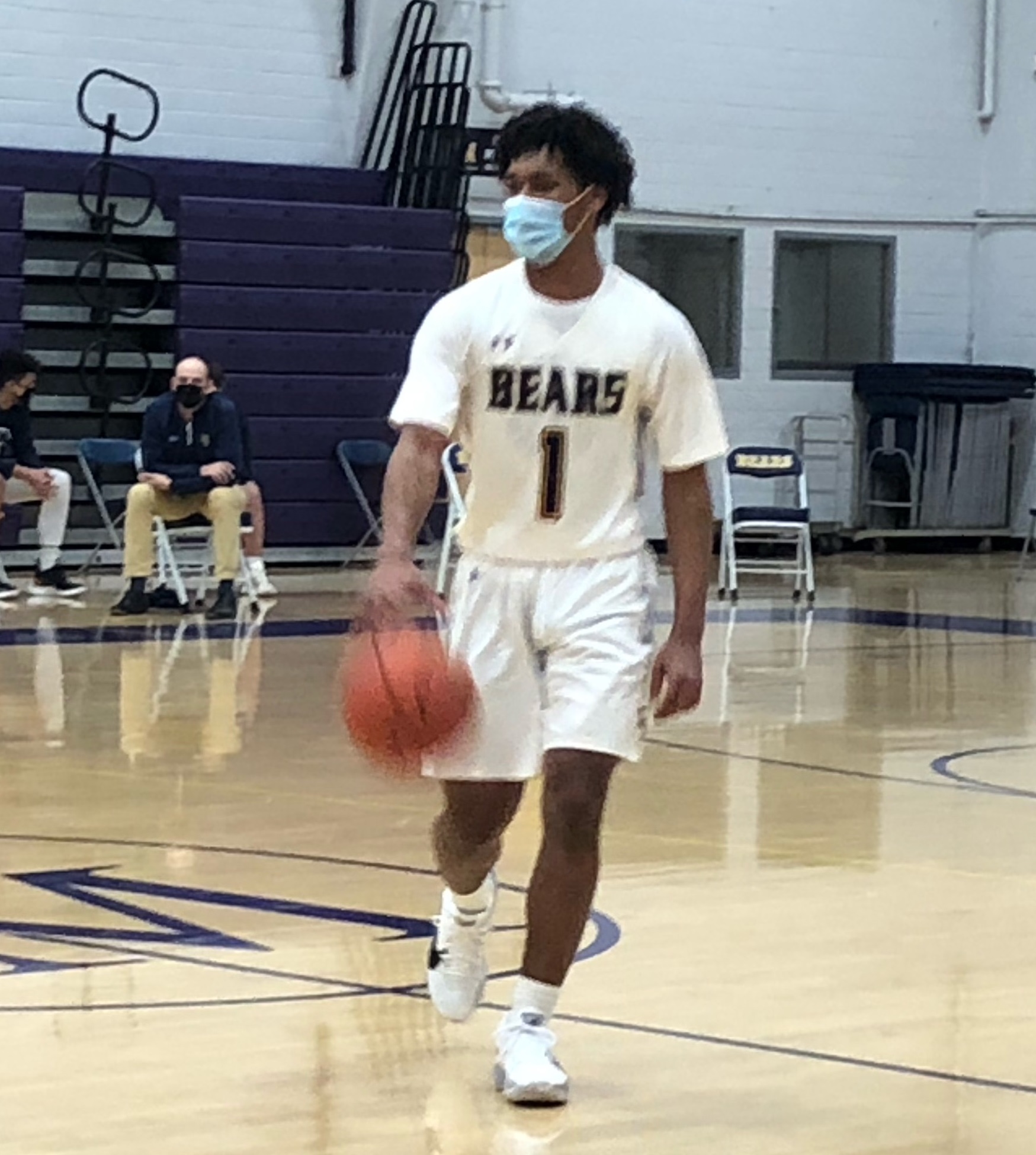 UPPER MORELAND >> As the second half began Tuesday night, Upper Moreland needed a jolt of adrenaline.

After a sluggish end to the second quarter, the Golden Bears were hanging on to a tenuous lead against visiting New Hope-Solebury when Jahair Johnson and Byron Hopkins supplied that needed spark. Johnson’s hustle led to a Hopkins layup and the Bears would carry the momentum to a big third quarter

Thanks to a grind-it-out fourth quarter, UM topped the Lions 50-44 to snap a two-game skid.

“In the first half, we were shooting some bad shots, we could have moved the ball more and our coaches got into us at halftime,” Hopkins said. “They felt the same way but they just reminded us to do what we talked about before the game and we went out and followed through.”

The Bears got off to a great start, scoring the first eight points of the game. After eight minutes, the hosts had a 17-10 lead thanks to six assists on their six made field goals in the opening quarter. While they may have fallen into some bad shots at times, when the Bears moved the ball, good things happened.

By night’s end, Upper Moreland had tallied 17 made field goals and had impressively assisted on 14 of them. Hopkins led the team with six assists but forward Matt Tiernan had a sharp eye as well, dishing four helpers to go with his team-best 16 points.

“They were playing a zone most of the night,” Tiernan, a senior, said. “I was able to get in the middle and catch it, which made the defense collapse so I could pass out to shooters. I think we did a great job of knocking down shots when we were open.”

Foul issues limited Johnson’s time on the floor Tuesday, but the senior wing was quite effective when he wasn’t stuck on the bench. After picking up his second foul with 3:47 left in the opening quarter, Johnson sat the rest of the first half and as he did, the Bears’ offense went cold.

Tiernan had the team’s only three points in the second quarter and UM finished the half on a 6:32 scoreless streak that wasn’t helped by an 0-of-9 shooting stretch over that span. New Hope-Solebury closed with a point by the break, but wasn’t able to capitalize on a late possession where it could have taken the lead.

“Give New Hope a lot of credit, those kids battled and Coach (Derrick) Brooks did a great job of keeping them in it,” UM coach Dan Heiland said. “We had to grind for that one for sure. We’ve been in a few close games and come up short and this was another one, they were right in it so I’m proud of my guys.”

About 90 seconds into the third quarter, the Bears got their lift. Johnson pounced on an errant pass, diving to the floor at midcourt between two Lions players and keeping the ball alive long enough for Hopkins to scoop it up and go in for the layup.

“Jahaire is such a good player, so once he starting making big plays, the team rallies around it,” Hopkins, who scored eight points, said. “He’s been doing this for so long and that play was a big energy boost for all of us.”

The Bears turned it into an 8-0 run with Tiernan converting the and-one on a putback the next trip down then Hopkins finding Johnson for a transition three. With limited spectators being allowed in, it’s integral that teams find ways to manufacture energy like the Bears did in Tuesday’s third quarter.

“There’s no student section, not many fans so we talk about it every day that we have to bring our own energy,” Heiland said. “It’s not going to be manufactured from any crowds, so we have to bring it every day. Jahaire is a tremendous athlete and him on the court changes the game.”

After the Bears won the third by a 15-3 margin, they built a 41-22 lead with 6:40 to go in the fourth on another Johnson 3-pointer assisted by Hopkins. The finish would not be so clean however, as the Lions clawed back into the game once again.

New Hope took advantage of shooting foul followed by an Upper Moreland technical foul to cut the Bears’ lead to 41-31 during a 9-0 run. Senior Alex Walinski, who scored a game-high 21, hit 3-of-4 at the foul line before the Lions got a putback to make it a 10-point game.

“I think we could have closed out a little bit better, but we had guys like Matt, Jake (Tiernan) and Jourdan (Gregg) either hit free throws or make big plays at the end of the game,” Hopkins said. “There’s still stuff we can work on, but I think we’ve improved from our last few games. We learned how to keep our heads and keep going.”

Upper Moreland struggled at the foul line in the fourth, which helped the Lions get back in the game, but Jourdan Gregg knocked down a pair of free throws with 48.2 left to make it a seven point lead. While they weren’t converting on the offensive end, the Bears did keep their energy high on defense.

Walinski closed the gap to 48-44 with 21.7 left, but Jake Tiernan replied with a pair of free throws and came down with a crucial rebound after Upper Moreland forced the Lions into a tough shot with 5.6 on the clock. Matt Tiernan said the team’s goal is improve every game and the senior felt Tuesday was big step forward with the way the Bears held on for the victory.

“Every possession mattered to us, especially on the defensive end,” Tiernan said. “We learned we have to play 32 full minutes. We can’t take any stretch off because if we do, we’ll end up on the short side of things. Tonight, I think we did that and it showed that we were able to get the ‘W’.”