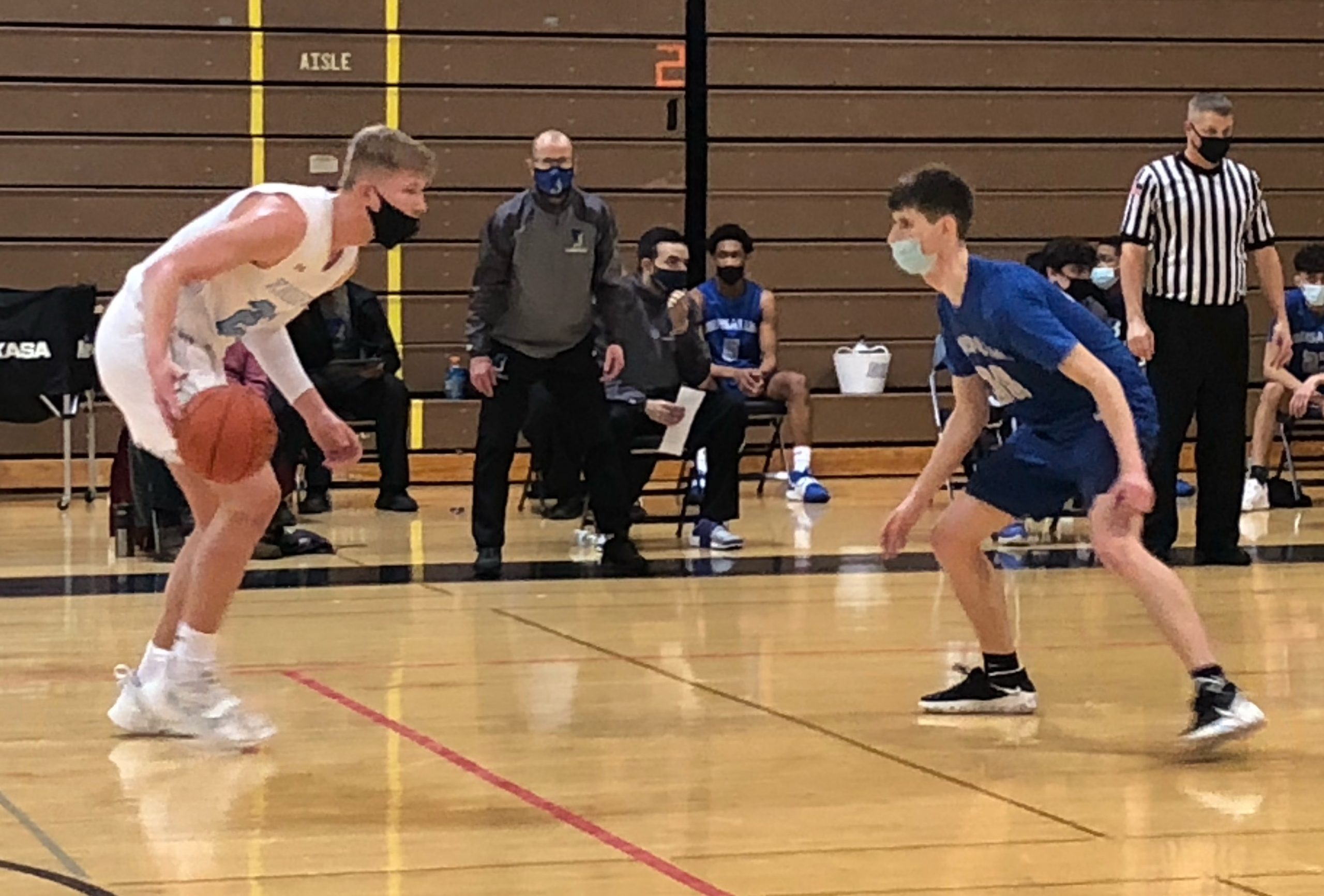 What had been a tie game at the half had quickly turned in Bensalem’s favor as the Owls hit a three and turned a steak into a layup, prompting a quick Knights timeout. Down but not out, the Knights locked in and managed to tie the game at the end of the quarter before taking control in the fourth.

A big day from Josh Jones and Billy Coley coupled with good defense at the end allowed North Penn to pick up a 70-58 win over Bensalem on Saturday to cap a 3-0 week.

“We’ve really stepped our defense up,” Coley, a senior guard, said. “Our defense was kind of lacking and in the (CB South game Friday), our defense really came up strong so we wanted to keep it going. We’ve worked a lot on it in practice and we have that mentality that we want to get stops on defense.”

Bensalem’s now 2-4 record doesn’t display the talent the Owls have, especially with a few key guys back from last season’s District 1 semifinalist team. The guard combo of Aaron Sanders and James Ashford is a potent one and with a few more quick and solid shooting guards off the bench, Bensalem gave North Penn plenty of problems.

Fortunately for the Knights, they had a pretty good duo going strong on Saturday. Jones scored 30 points and pulled in 13 rebounds in another strong effort this winter while Coley was extremely efficient scoring a career-best 21 points on 7-of-11 shooting.

Coley scored 16 in the second half, while Jones had 20 after the break but the 6-foot-6 Louisville soccer recruit did play a big part in North Penn recovering after a slow first half start.

“During one of the timeouts, Coach (Jon Conrad) was getting pretty into us because we weren’t playing up to our potential,” Jones said. “We were pretty sloppy, we weren’t running any plays and it was a little hectic so he gave us an earful that woke us up and everything settled after that.”

North Penn took the lead three times in the second quarter but had to settle for a 27-27 tie at the break thanks to a late three from Bensalem’s Eric Gonzalez. The third quarter did not start well, with Luis Gonzalez drilling a three from the left corner, Sanders stealing an errant pass for a layup, then getting another steal in the Knights’ backcourt and finding Ashford for a 34-27 edge two minutes into the half.

The Knights rallied back behind Jones and Coley, who combined to score all 18 of the host team’s third quarter points.

“I was hitting shots in warm-ups the last couple of games, so I was feeling pretty good and knew it would be a matter of time before I’d start hitting a lot in games and today was that day,” Coley said. “Teams are always going to collapse on Josh and he has the mentality of if they’re going to collapse, he’s going to kick out so we’re all confident in each other.”

Jones did just that as the clock wound under 22 seconds, passing out of a double team in the post to find Coley in the right corner. The guard, who was a perfect 3-of-3 in the quarter, canned the look to knot the score 45-45 heading to the final frame.

Right out of the gate in the fourth, Jones drew a foul and connected on both at the line to give North Penn a lead the rest of the way. The Knights next six points came on a pair of 3-pointers by Milind Pulugura, who gave North Penn 11 points off the bench on a perfect 4-of-4 afternoon with his fallaway trey staking the hosts to a 53-45 advantage.

“We knew it would be a dogfight going in, so starting the fourth quarter tied, we could leave everything we had out there to get a win.”

Bensalem clawed back with 57-53 on a Luke Zeidler hoop with 2:54 to play but the Knights’ defense then put the lock on. Jones scored on a spinning shot in the lane, then after an Owls miss, he found Mario Sgro who then found Coley well up the floor for a layup.

Ryan Zeltt was a factor on the glass with 11 rebounds while Larkins and Jones stepped up on the perimeter guarding Sanders and Ashford. Bensalem got shots off, but few of them were easy.

“We wanted them to shoot from farther away but we also didn’t want them to be wide open,” Coley said. “We have a rule, the ‘heat-up line,’ which is a step behind the 3-point line that we want to push them out to so it’s a little more complicated for shooters. We tried not to hedge in too much on a drive so we could still get out on the shooter with our hands high and in his face.”

After an Ashford and-one with 1:18 left, the Knights didn’t give up another point until there were 11 seconds left and Jones got a couple blocks in for good measure during that stretch.

A week ago, the Knights lost back-to-back games than inspired their 3-0 surge this week but they know a one good stretch doesn’t make a season and they want to try and sustain the positive momentum.

“The last three games, we’ve been shutting teams down defensively and getting key stops,” Jones said. “We have to look at each game one at a time, we have CB East on Tuesday but we have to come in Monday and have a good practice first.”