Youth is served for Pennridge in win over rival Souderton 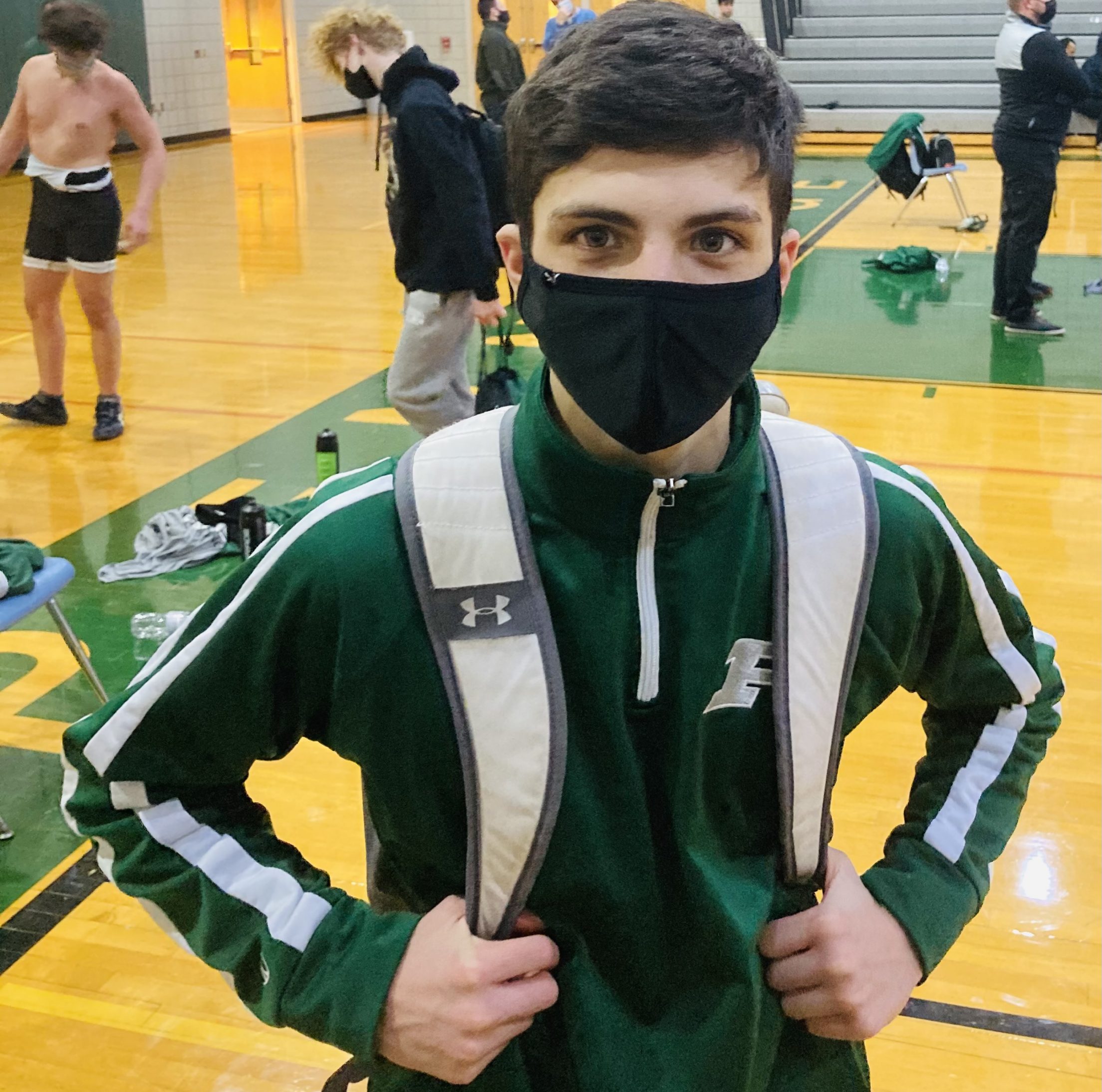 Pennridge's Cole Coffin won by pin Wednesday night in a win over Souderton and is part of a strong freshman class for the Rams on Wednesday, Jan. 20, 2021. (Kev Hunter/MediaNews Group)

EAST ROCKHILL >> Match by match, Pennridge’s promising freshmen are beginning to carve out an identity on the mats.

“Everybody will know who they are in a few years, if not this year,” Pennridge coach J.T. Lewis said. “They’re coming to make a name for themselves.”

The names are already becoming familiar, one of them Cole Coffin, whose pin at 106 pounds put the Rams on their way to a 53-24 victory over Souderton Area Wednesday night.

“We’re the underdogs here, and every win matters with us,” Coffin said. “We do it together.”

All together, the Rams raised their Suburban One League Colonial Division record to 1-2 on the season. Rival Souderton dropped to 1-2 in the Colonial.

“We have a good, young freshman class that came in and has given us some really good numbers,” Lewis said. “The team is filled out, the lineup is pretty much full everywhere. We’re in a good place right now.”

Coffin started things off by pinning Luke Ragusa in 37 seconds, and Pennridge was on its way.

“I’m just trying to get as many matches as possible and have fun,” Coffin said.

Down 24-18 after the 145-pound match, Pennridge won the final six bouts of the evening, including five by pin and one by tech fall.

Not only has Pennridge’s roster been enriched this season but its coaching staff as well.

“We knew who was coming up, with the additions of (assistant coaches) Sam Walters and Brian Kuhns. Those guys have a real good rapport with the younger group,” Lewis said. “They’ve kept the team really strong and together, which is important, because sometimes kids will scatter off and go wherever.

“But they’ve stayed together,” Lewis said, “and (Sam and Brian) have been an amazing addition to our team.”

The Rams will hit the road Saturday morning for a 10 a.m. match at Wissahickon.

“Together as a team, we’re improving well,” Coffin said. “It’s good because next year and the year after that, we’re just gonna keep growing and getting better.

“This is a great group, in the classroom and on the mat. We have some seventh- and eighth-grade wrestlers from our youth programs who are gonna build us up even more. The goal (this year) is to make it to Hershey and I’m gonna try to place as high as I can.”

North Penn leans on defense, rebounding to topple Souderton
Wrestling: Springfield does enough to get past Penncrest