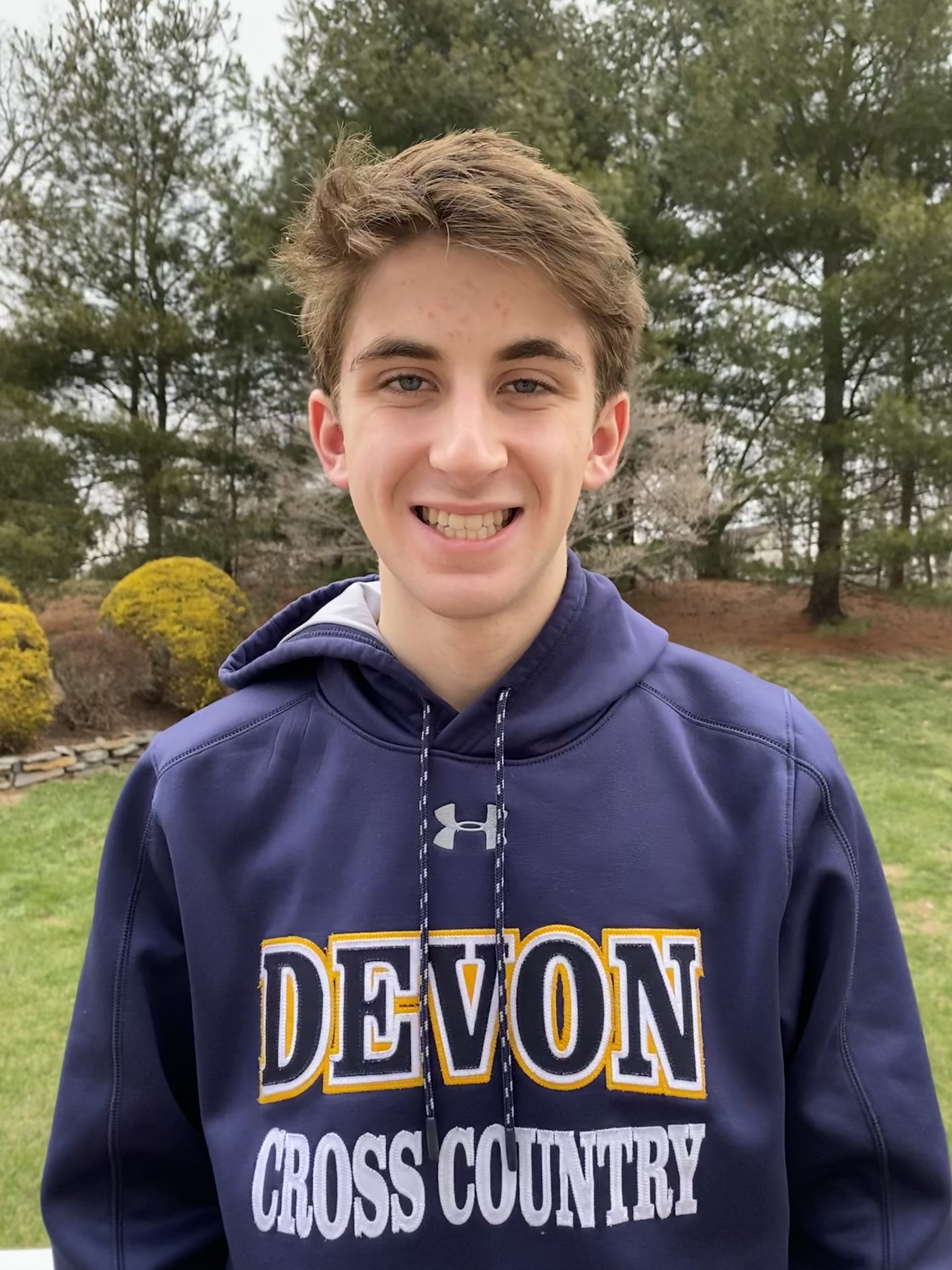 The junior cross country captain captured the PIAA District 12 Class A championship last fall, finishing 33 seconds ahead of his nearest competitor. Rush was the Most Valuable Player of the Tides’ perennially strong cross country team in 2020. He also competes in the distance events for the Devon Prep track squad. Off the running trails, Rush participates in the Devon Prep Mock Trial program.

Q: What was your most vivid memory of the PIAA District 12 Class A championships? What was the key to your performance that day?

A: The rain was probably the thing I remember most. It was very cold and wet, but we ran through massive puddles anyway. I think the most vivid memory of that day was how quiet it was throughout the run, something I had never really experienced before in a race. In the middle of the race, I found myself completely alone and all I could focus on was the sound of the rain. The focus that I had during that race and the motivation I had from my team and Coach [Kim] Nolan were the main reasons for my performance. It was my best race of the season – I just felt relaxed and extremely focused, even though the conditions were rough.

Q: Tell us a little about the biggest challenge you faced as a cross country runner in staying motivated and focused through summer training and early in the fall when the competitive season was in doubt.

A: The uncertainty definitely played a role in all of my races because in the beginning it almost felt like there was a chance that any race could be the last for this season. The extra anxiousness of that beforehand made me overthink leading up to almost every race and I don’t think I perform as well because of it. Luckily, my team was very helpful and we kept each other motivated throughout the entire season.

A: I’ve recently become a fan of the Hoka Rincons. The workouts I can do in the Rincons are super-dynamic because they are both a distance shoe and a shoe that you can use for a faster speed workout.

A: My favorite place to run has to be at Belmont Plateau. It holds so many memories for me as I’ve been running there for a very long time. There is also no better place to do a hill workout, which is always a good thing when it comes to running.

A: I’m working on building a very strong distance base for outdoor track so that I can move quickly into harder workouts starting in mid-February. I think that in the past I haven’t really taken the time to do this for the spring and I probably suffered because of it.

A: I don’t really have a set pre-race plan. Whenever our team goes to a meet, I usually eat a Crunchy Peanut Butter Clif Bar an hour before the race. It usually gives me a good feeling before a hard race. Also, our team plays oddly intense games of Crazy 8s to get ready for regular meets earlier in the season. Other than that, I make sure to do stretches and a quick strider by myself, to get mentally prepared.

Q: What has been the most memorable trial you have participated in at Devon Prep Mock Trial – can you tell us a little about the issues involved, and the result?

A: The most memorable trial I’ve had was from my freshman year. The case surrounded a doctor charged with drug delivery with intent to kill. I had the role of a “compassionate” banker who was a witness and our team worked really cohesively in one specific trial at the University of Pennsylvania. The performance of our team was really amazing to see and I’ll always remember how the seniors, who gave long speeches, spoke with such confidence that they could lead our team to a win. That experience really opened my eyes to how people can speak with profound confidence and lead groups of people. The effect has transferred to both my roles on the Mock Trial team and my role as a captain on our cross country team as I can now lead with some of the confidence of those seniors I admired in my freshman year.

A: I’m interested in majoring in Political Science at the moment. I hope to go into some field related to either politics or law in the future.

Favorite place to visit: “Both of my grandparents’ houses.”

Person I most admire, and why: “Along with my dad, of course, I most admire Paul Sanborn, one of my mentors and a previous cross country coach at Devon. He has given me great advice over the past few years, not only in running but also for my life. He is someone who has impacted so many people and is such a sincere person that you can’t help but talk to him whenever you’re in a tough spot. It’s inspiring to know how many people he’s influenced in great ways and I can only hope to carry some of his wisdom throughout my life.”