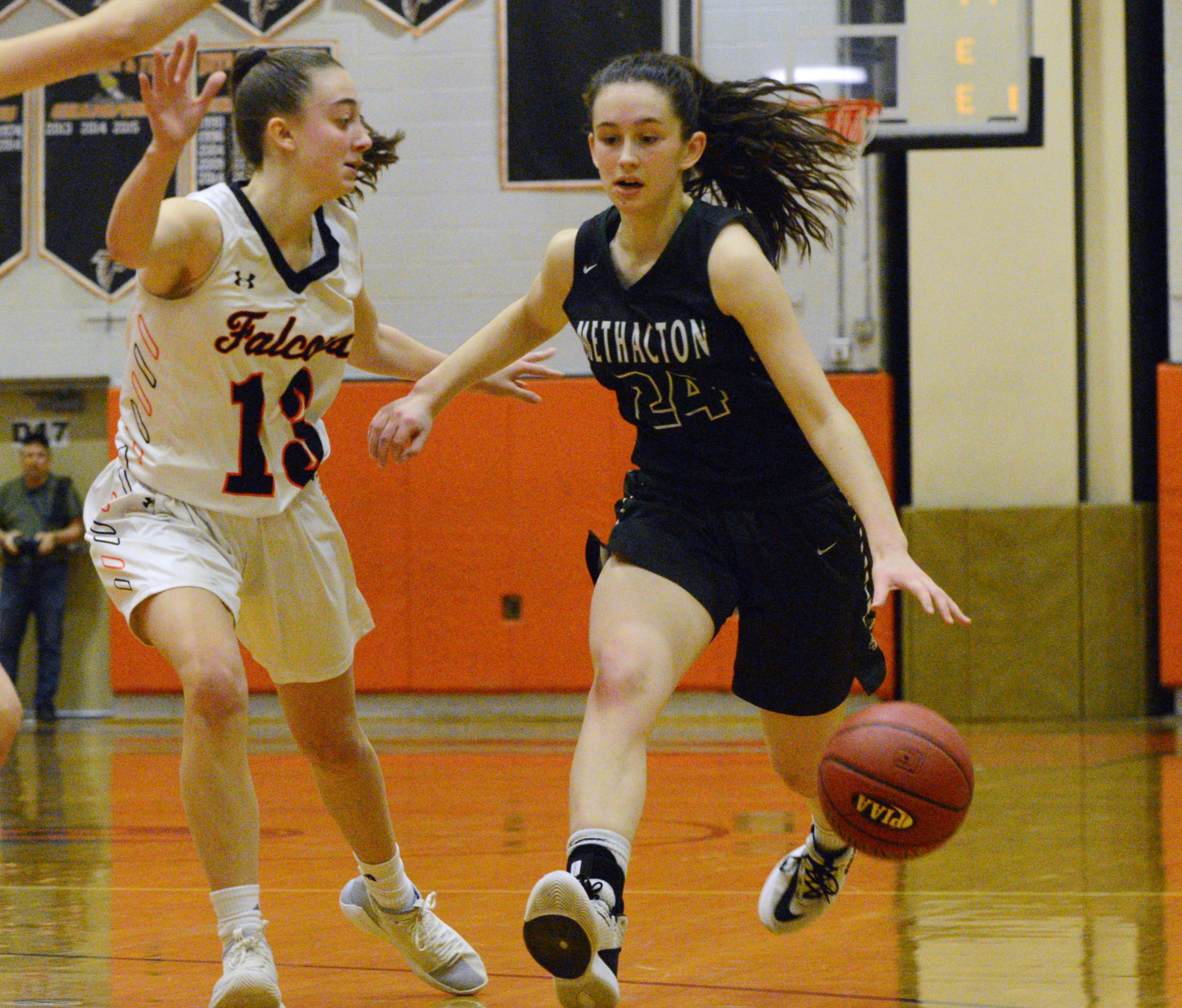 Nicole Timko is on the fast track to a banner 2021 girls basketball season.

In Methacton’s game with Pottstown Saturday, Timko equalled one program record and moved closer to a career milestone. Her overall performance went a long way toward the Warriors rolling up a 75-32 victory in this non-divisional Pioneer Athletic Conference pairing.

Timko’s game-high 20 points put her total at 898, moving her closer to becoming the school’s latest 1,000-point scorer. Nine of the Warrior junior’s points came off a trio of 3-point baskets, tying her for the program record at 159.

Timko also chipped in with four assists and four steals, helping Methacton (1-1) open a 47-18 lead in the first half.

The Warriors’ offense got a boost from Mairi Smith’s double-double of 11 points and 11 rebounds. Kayla Kaufman chipped in with nine points and 10 rebounds while Allie Hazlett added seven points and eight boards.

Tamya Jarrett was Pottstown’s leading scorer with 12, Calista Daye hitting for another nine.

Pottstown 59, Upper Perkiomen 48 >> On Friday, Calista Day’s 23-point, 15-steal, six-rebound performance, the Trojans grabbed a league victory in their season opener for the first time since 2010.

Jenna Heasley had a majority of Boone’s points, scoring five on the afternoon.

Schuylkill Valley 59, Daniel Boone 41 >> Michael Mish scored six of his season-high 16 points in the third quarter Saturday as the Panthers (4-1) pulled away from the Blazers in a non-divisional pairing of Berks League member schools.

Larnell Towson scored a game-high 20 points for Boone, which fell off SV’s pace in a 28-17 second half.

Pottstown 33, Pope John Paul II 15 >> In a matchup of undermanned Pioneer Athletic Conference teams — four weights had no entries —  the Trojans’ numerical edge was a factor in their victory over the Golden Panthers.

PJP took two of three contested weights, Alan Alexander scoring a first-period pin at 160 and Jake Rau a shutout decision at 215. Devon Green won by decision at 189 for Pottstown, which had eight competitors to the Panthers’ four.

Muhlenberg 107, Daniel Boone 54 >> Chris Guiliano was a two-race winner for the Blazers in Friday’s Central Penn League meet with the Muhls.

Muhlenberg 124, Daniel Boone 50 >> Shailla Mejia was the bright spot for the Blazers in Friday’s Central Penn League meet with the Muhls.