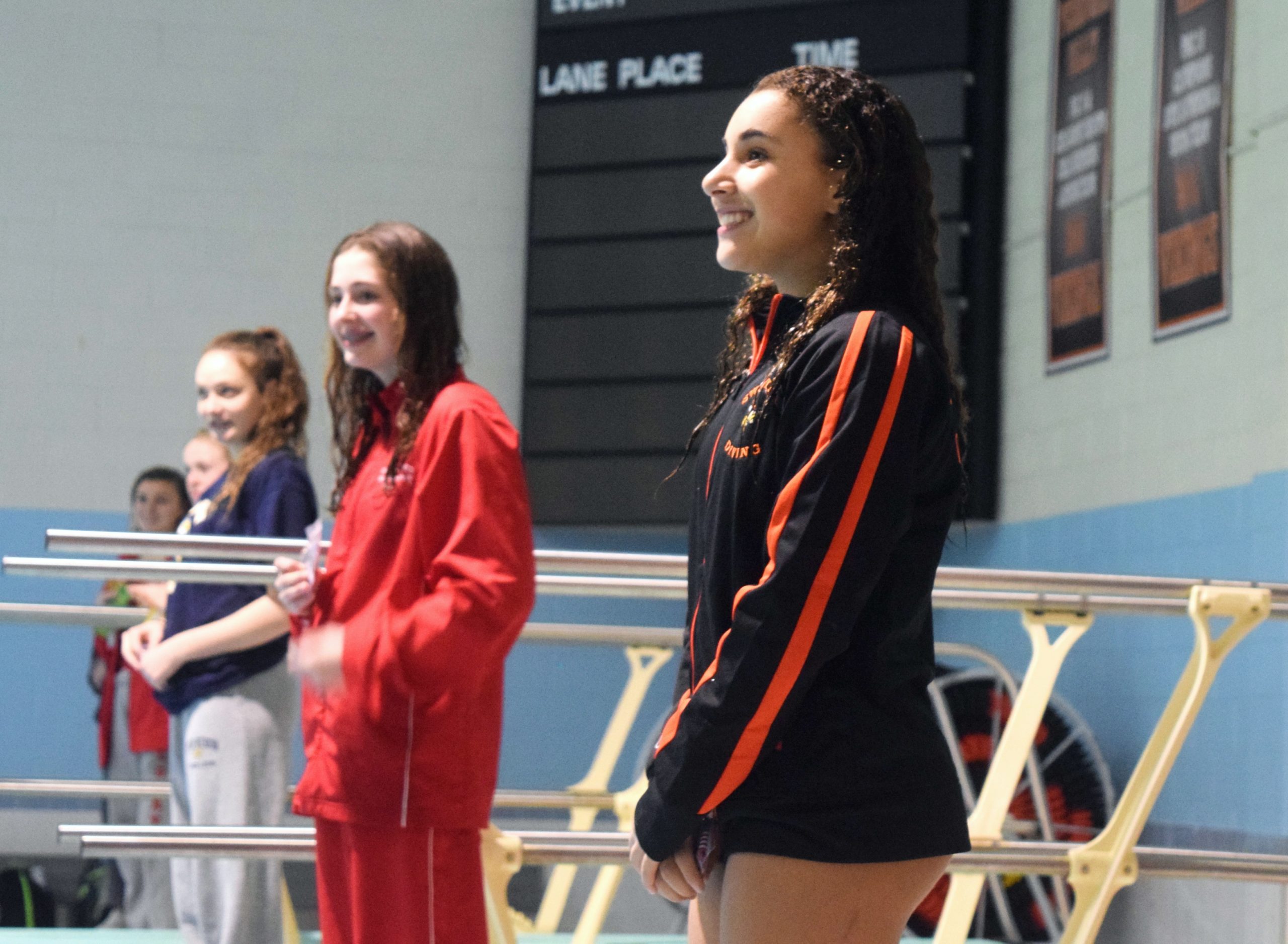 Outlook: Senior Erin Goudie was a district qualifier in the 100 fly for the Blazers last season. Several others Boone swimmers return with experience with some talented freshmen also ready to score points this season.

Coach’s thoughts: “With any luck Daniel Boone will be a contender in the CPL to win many dual meets for the boys’ and girls’ teams,” Chris Breedy said. “Great returning athletes, a diver and a very strong freshman class bode well for the future of Daniel Boone swimming.”

Outlook: Senior Alex Ferrance was a District 1 qualifier for the Warriors in the 100 fly a season ago. Senior Emma Ginther (200 free, 500 free, 50 free) and sophomore Amanda Tsai (100 back) are other top returners for Methacton.

Coach’s thoughts: “The girls’ team graduated six athletes, including District qualifiers Mikayla Niness, Izzy Moes, and Meredith Mutter, however, the team returns several talented swimmers and divers who are looking to take the next step in their progression,” Kevin Bott said. “They had a great first week of practice and we are excited for the return back, as the group is hard-working and supportive of each other.”

Outlook: Junior Gabby Filzen has won the first two PAC diving championships and finished seventh at the District 1-3A championships a season ago. Senior Ashley Derrick  was a district qualifier in the 100 back.

Coach’s thoughts: “For our girls’ team we have swimmers that are very strong in each event.  It will be exciting to see all of them compete,” Zackowski said.

Outlook: Seniors Erini and Penelope Pappas are set to cap off their terrific careers together along with classmate Sarah McCarthy. Erini Pappas was a finalist in both the 100 fly and 100 back at the PIAA Class 3A championships in 2020. Penelope Pappas (100 back) and Sarah McCarthy (100 breast) are returning district qualifiers.

Coach’s thoughts: “The Lady Phantoms return a large and versatile senior class led by Erini Pappas, state qualifier/medalist in the 100 fly and 100 back,” Dan Weinstein said. “(Last year’s) PAC champs in the 200 medley relay, the Phantoms hope to continue a long trend of strong medley relays.”

Outlook: This is the Golden Panthers’ third season competing in meets. The team finished out last year’s PAC championship with a number of personal best times and a few school records.

Coach’s thoughts: “Senior Maggie Sullivan will play a large role in guiding the underclassmen,” Emily Thomas said. “This season we add a staggering number of strong freshman girls to our roster including Haley Lindenmuth, Maria Sounder and Victoria Sills. … On the girls side look to build upon the accomplishments of last season and hopefully surpass them.”

Outlook: Junior Molly Krock narrowly missed a medal in the 100 breast at the District 1-2A championships last season, finishing fourth. Krock also competed in the 200 IM at districts, while senior Alaina Christ (100 fly, 100 back) is another multi-event district competitor returning for the Falcons.

Outlook: Spring-Ford’s second place finish was one of the Rams’ best in recent memory. Sophomore Ashley Gutshall, a PIAA qualifier last season, set the Rams’ 50 free record as a freshman and was part of three record-setting relays along with classmate Maris Sadowski.

Coach’s thoughts: “We are hoping to continue the success we experienced last year, despite graduating many of our top swimmers from last season,” Greg Huff said. “We have a good number of talented underclassmen who will be leading the way for our team this season. … Much of our strength over the past few years has been the flexibility of our girls to switch events around to match our opponents, and we hope to continue to be able to compete at a high level.”

Outlook: Junior Lindsay Yuen finished third in the 100 breast at the District 1-3A championships as a sophomore before making the finals of the event at the PIAA championships. Junior Kaitlyn Miller (100 free) was also a district qualifier last year.