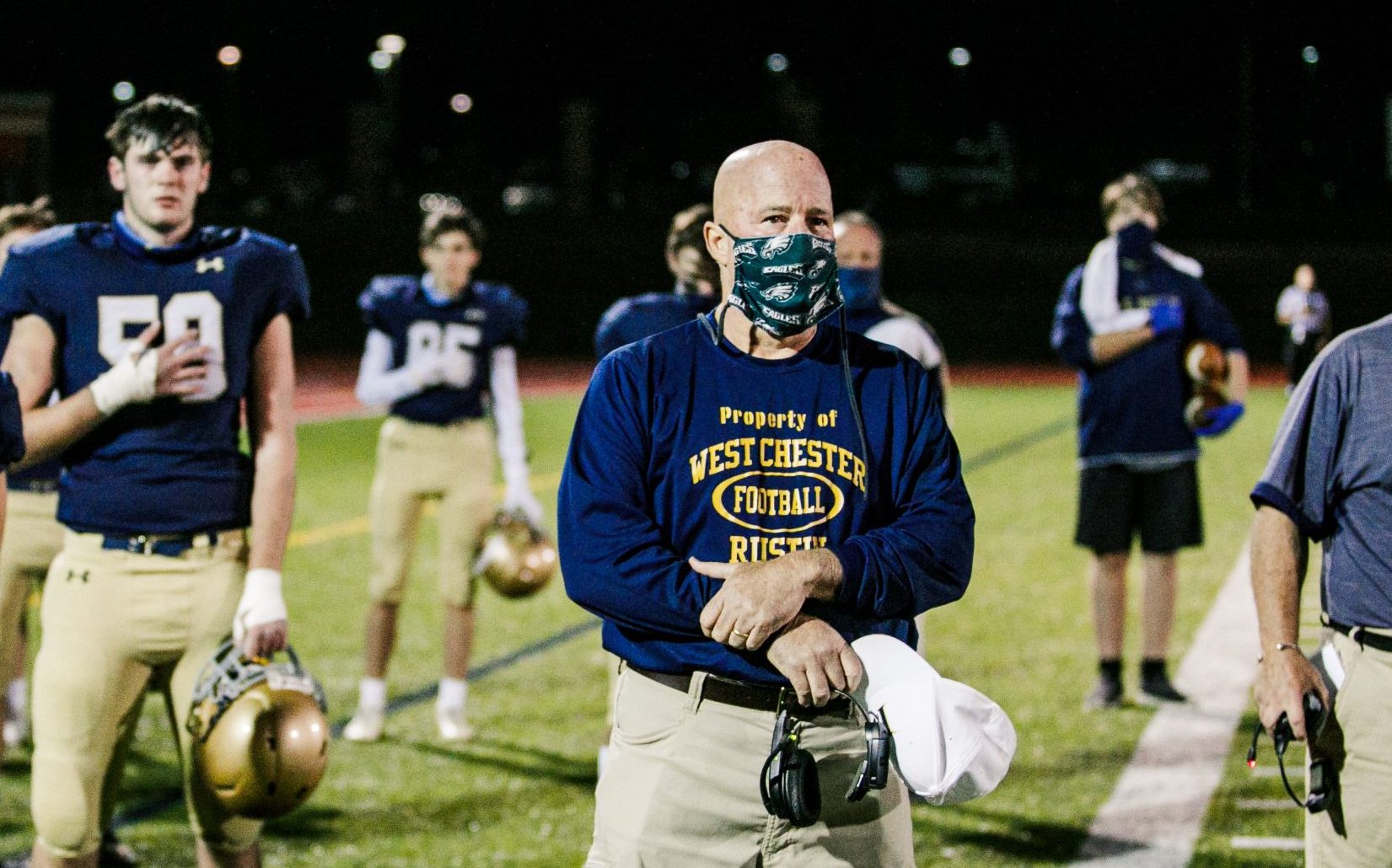 A coach at any level — but especially at the formative high school level — needs to be able to steer the ship when things go awry.

And nothing makes a team go potentially sideways at the scholastic level than injuries.

No team in Chester County dealt with more injuries than West Chester Rustin this season. The Golden Knights lost both members of its starting backfield — Drew Gallen and Alex Pratzner — right before the first game of the season.

And to make matters worse, the injury bug did not spare the offensive line.

This is where a talented and resourceful head coach comes into play. And that is what Mike St. Clair did for his squad. The Golden Knights went down the depth chart and still managed a very successful 5-2 record and advanced to the District 1 Class 5A championship game, before bowing out to Upper Dublin.

St. Clair is the easy choice as the 2020 Daily Local News All-Area Football Coach of the Year.

“We did have a lot of injuries and they were big but the kids did a great job coming together and saving the season,” St. Clair said. “We had a real good group of seniors and they had good leadership and we were able to win few games.”

St. Clair is the only head coach the Golden Knights have known since their inception in 2006, and has won multiple Ches-Mont League American Division titles, as well as a District 1 championship in 2012. Even without a title, 2020 may have been St. Clair’s most successful coaching job yet.