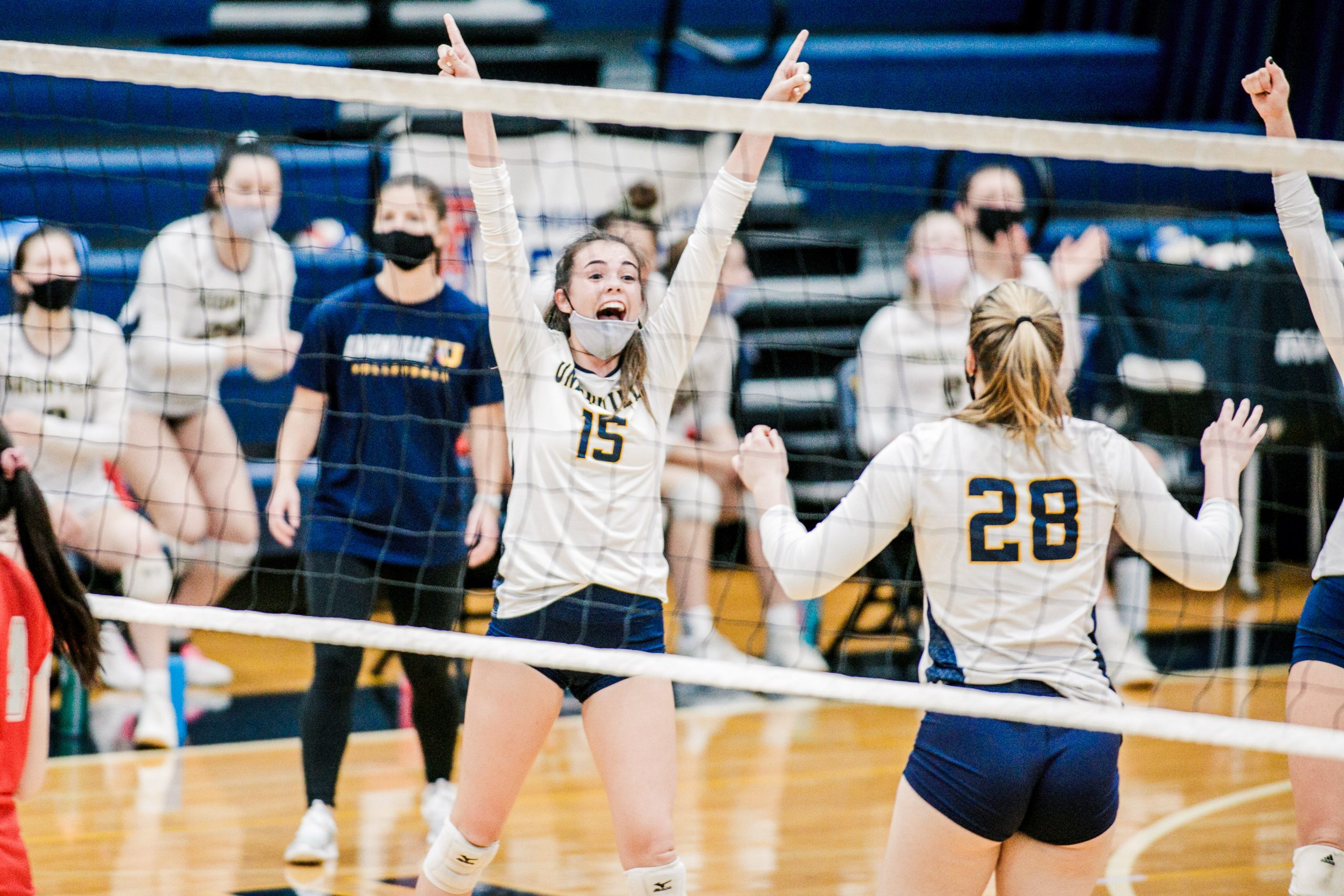 The area’s premier setter who orchestrated Unionville’s championships in the Ches-Mont and District 1, and a run to the state title match. “She has this ability to get everyone’s sets exactly where they need it,” said her coach Stephanie Smith. Wiswall eclipsed the 1,000 career set mark during 2020 and averaged 25 per match as a senior.

A first-team All-Ches-Mont pick, Lowe is an up-and-coming star just halfway through her high school career. She averaged nine kills per outing and due to her versatility, she rarely came off the court for a Unionville team that was the PIAA Class 4A runner-up. “Maddy is a strong offensive and defensive player and the future leader of our team,” said UHS head coach Stephanie Smith.

The latest in a line of talented sisters to play for the Eagles, Shultz was the team MVP in 2020 with 134 kills, 99 digs and 22 aces. A team captain, Schultz was an all-league honoree. “Coco was our go-to player and team leader on and off the court,” said her coach Greg Ashman. “During matches she was our most consistent player both with serve receive and with attacking. When we need a big kill we went to Coco and she delivered.”

One of the area’s top outside hitters/middle blockers, Rudolph grabbed all-league accolades after amassing 71 kills, 18 blocks and a .269 hitting percentage. “Maddie has such a versatile skill set that allowed her to play all three positions in the front row,” said Eagles head coach Greg Ashman. “Her quickness and vision during play makes her a very dangerous player that (opponents) needed to account for.”

One of the district’s most feared hitters, the 6-foot-2 Klanica averaged 14 kills, three blocks and eight digs per contest. She was a three-year starter at Rustin and is moving on to play Division I volleyball at James Madison. “Emma has become a top-flight volleyball player,” said her coach Harry Bitzberger. “She was clearly one of the top hitters in the Ches-Mont and District 1.”

An outside hitter, Wertz led the Cougars in many statistical categories, including kills (116), digs (159) and aces (28). Named a first-team All-Ches-Mont National pick, Wertz is a three-year starter. “Rachel is a fantastic all-around player who’s ball control is second to none,” said her coach Peggy Hopton.

One of the most effective hitters in the Central League, Caldwell averaged 4.2 kills per set this fall. She amassed 136 kills, 28 aces, 97 digs and 12 blocks for the Pioneers, and did it all in just 12 matches. Caldwell was named the team MVP. “She was the best player on our team and our go-to hitter,” said her coach Diana Felker.

In just three seasons, Smith has guided the Unionville program back to the preeminence of the 1980’s, when the Indians captured five district crowns between 1982-89. The squad is 50-14 in under her tutelage. In 2020, UHS went 14-1 overall, dethroned Bishop Shanahan to win the Ches-Mont title and later captured the District 1 crown for the first time in a quarter century. Unionville went on to play in the state title match before falling to North Allegheny.