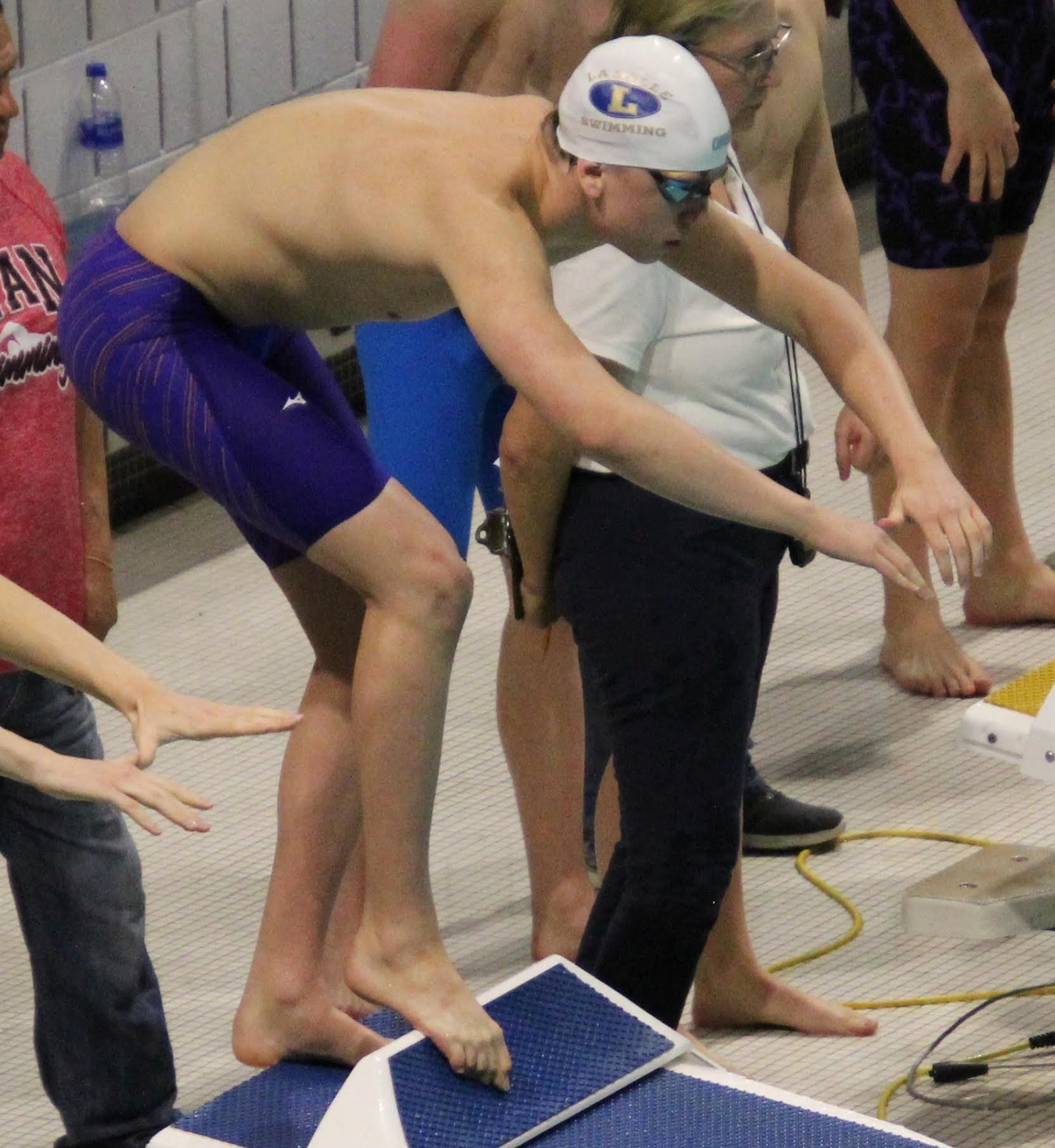 The winter season was on hold for a bit due to the pandemic, but that didn’t put a stop to Dan McBryan’s training and preparation.
He swam outdoors, he lifted weights in his basement. And he also did his share of biking. Through it all, the La Salle standout has remained determined to make his senior year at La Salle a very memorable one.
“Preparation for this upcoming season during down time has been extremely different than years in the past,” McBryan said. “Normally, we would be in the full swing of things at this point, with two practices a day and sometimes meets at night.
“I never thought I’d be doing practices outside in December, but here we are. I’m excited to see how my different preparations and training will translate into this upcoming swim season.”
The Explorers are intent on defending their PIAA-3A title, and McBryan should be a key piece.
Coach Stephen Duncheskie called McBryan a “rare swimmer.”
“He can win an IM event or win the sprint events,” Duncheskie said.
Such versatility is invaluable to the team, especially at the big meets come February and March.
“Over the last few years, it’s been difficult for me to find a main event in swimming,” McBryan said. “It made me train a lot of different strokes, as well as distances. Last year, coach Duncheskie sat me down and we discussed how I would best help the team if I did sprint events, so that’s what I started to focus on.
“With the new sprint training, I was able to get a spot on the 200 freestyle relay last year that got third at states and was an All American Relay. Now, with my versatility in events like the 200 IM and 100 breast along with 50 and 100 free, I’m excited to see how I can help the team in the best way possible.”
Staying on top >> The Explorers have captured the PIAA title in six of the past nine years, and they wanna make it seven out of 10.
“As a team, our main goal of the upcoming season is to defend and win a second PIAA championship,” McBryan said. “For me personally, my main goal is to make the swimmers around me train hard, have fun, and work towards one goal. Not everyone will be qualifying for PIAA States, so by making sure even the freshman have goals and are training hard, it sets up LaSalle swimming for years to come.
“I’m extremely excited to defend our state title. Last year, it was an amazing experience to watch the seniors lead us and motivate us into winning the state championship. I want to do the same and score for my team any way I can.”
Keeping busy >> The winter sports delay offered area athletes a little bit more free time.
McBryan found himself a new hobby.
“During the down time, I have been able to pick up golf,” he said. “I like to go to the range with my friends and also play courses on the weekends with my dad. I’ve definitely got a lot of catching up to do in the sport, but it has been a fun hobby to pick up during the down time.”
On Monday, the swim season can finally resume. And McBryan is ready.
“One of the reasons La Salle swimming is such a unique experience is because the freshmen are just as important to the team as the seniors,” he said. “Everyone plays a crucial role in team practices and pushing each other.
“We are successful year after year because of the culture that’s instilled in the program. We all push ourselves to be at our best every day and have fun doing it. That is crucial for sets like thirty 50’s and twenty 100’s, all-out race. The difficulty in the sets and the traditions that make La Salle swimming such a brotherhood is what makes the team so unique.”