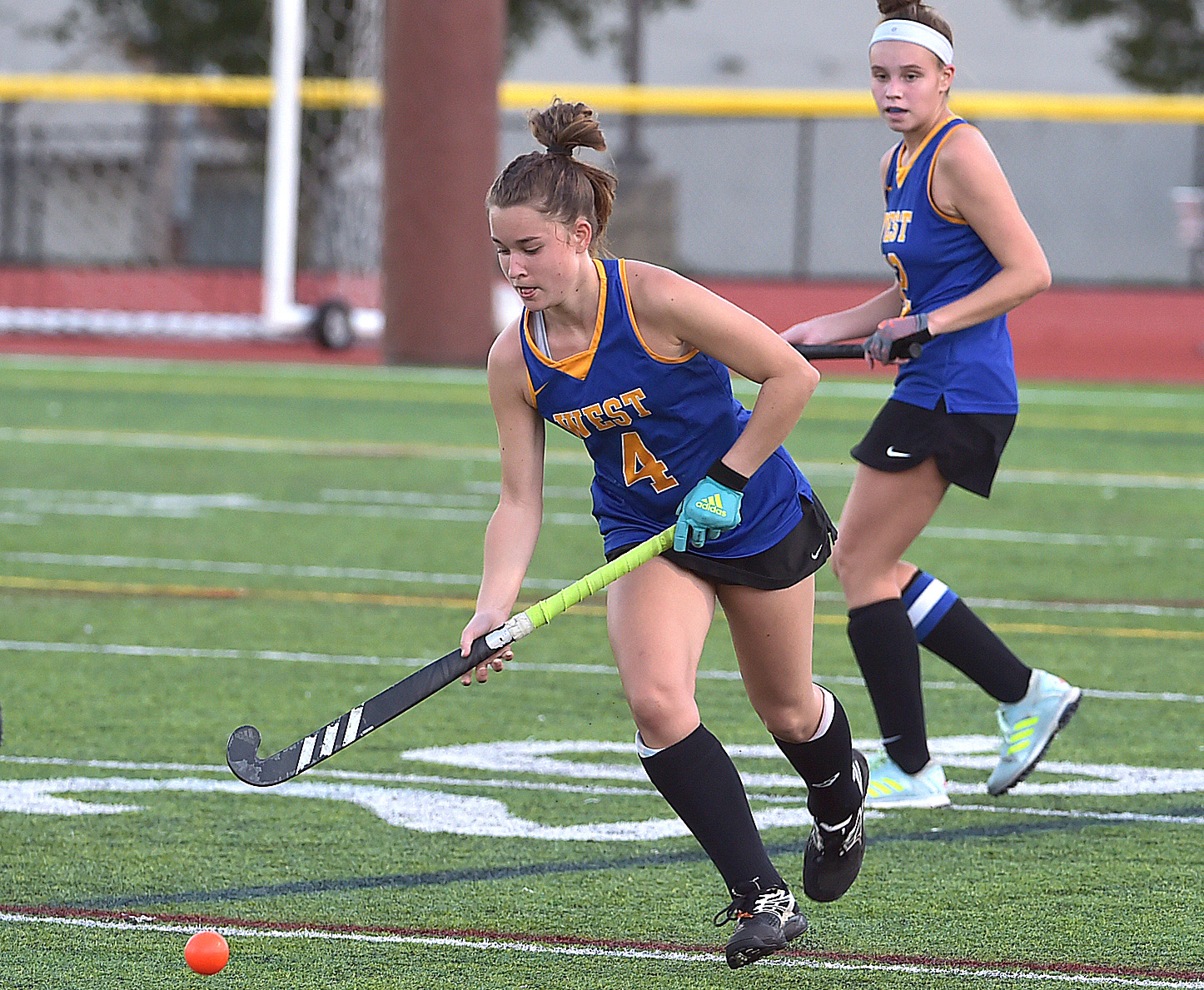 A four-year starter, Gugino has started every game for the Warriors the past two years. The team captain, Gugino led the team with ten goals and five assists this past season. Gugino will continue her field hockey and athletic career at Fairfield University.

Still just a sophomore, Margetich is quickly cementing a reputation as a feared offensive weapon, leading the potent Whippet offense with 13 goals and four assists.

It was a breakout year for Shaw as she lead the District 1 Champion Hurricanes in scoring with 19 goals 4 assists and an uncanny ability to finish. A hard worker always looking to improve, Shaw shows no fear in front of the net to tip balls in.

A Tri-Captain for the Blue Demons, Schwarz was the key to the Kennett offense, as happy to dish it off to a teammate as to score herself. Committed to play her college hockey at Villanova, Schwarz finished the season with 6 goals and 13 assists.

Hynd has been one of the top players in the county the past several years. This past season, Hynd played a key role in returning the Pioneers to their usual spot at the top of the Central league standings. A Maryland recruit, Hynd led the Central League with 21 goals and 11 assists in 12 games.

O’Brien might not have the gaudy numbers of some of her teammates, but no player is more instrumental for Villa in transitioning from defense to the Hurricane attack. Headed to Wake Forrest after high school, O’Brien had 2 goals and 1 assist on the year.

A member of the USA U16 National Team, Whalen has a bright future ahead, Whalen has a ton of talent, great vision and the ultimate team player. This season, Whalen notched 11 goals and chipped in with 6 assists.

A key player for West as the Whippets notched yet another Ches-Mont National title, the versatile Schmidt would shift seamlessly between midfield and back. The Susquehanna University Commit finished the year with 5 goals and 6 assists.

One of the reason the Whippets have been so good the past few years has been because of their stingy defense, and no player has been a bigger part of that than Jaszczak, who finished the year with 2 assists and a whopping 7 defensive saves.

MAX field hockey has Dechiario listed among the top 100 recruits nationally for the class of 2022. A Hurricane captain, Dechiario anchors the defense, and chipped in with a goal and five assists. Dechiario will continue her field hockey collegiately at the University of Connecticut.

Ries was a monster in the back for the Pioneers. A team captain, opponents Ries was tasked with marking failed to even get off s shot. A two-year starter, in 32 games, the Pioneeer defense Ries anchored recorded 18 shutouts.

The Blue Demons were tough in the back, and anchored by center back Gruce. A Blue Demon Tri-Captain, Gruce had three defensive saves, and chipped in with an assist on offense.

Gula has been a stand-out player for the Red Devils for the past four years. Skilled and adaptable, the Red Devils’ captain closed out her senior year with an 88-percent save percentage. Gula recently committed to play her collegiate field hockey close to home at West Chester University, with the defending D-II national champion Rams. Shumway, who has been at the helm of the Blue Demons field hockey team for 15 years now, has seen slow but steady progress. For the past two seasons, Kennett has been a force, winning two straight Ches-Mont American titles. This year, the Blue Demons cruised through the truncated regular season with a 7-0 mark, outscoring opponents 32-3 along the way.

“We are truly grateful that we had the opportunity to play,” said Shumway. “I think it was important for the girls to have that physical and mental outlet. We all just really needed it so we could feel a little bit of normalcy. I’m really proud of the Kennett players for following the strict protocols so that we could all stay safe and healthy throughout the season.”

One downside to the truncated season was the truncated playoffs. In a normal year, six teams would qualify for states in Class 3A. Kennett reached the District quarterfinals, where the dropped a close game to Plymouth-Whitemarsh, the three seed and an eventual finalist. Any other year, and Kennett would have at least been playing for a chance to move on. Instead, only the champ did.

“It’s hard not to think about the “what ifs”, but if it’s not productive for the future then it’s not important to dwell on,” said Shumway. “With that said, I also don’t think we had reached our full potential yet, so I think we would have been serious contenders for making States. It would have been nice to have that opportunity to play for a chance to make States, but I believe we will get that opportunity again. We have a bright future ahead.”

DLN ALL-AREA: Shanahan goalie Leppert may have come late to field hockey, but her rise to the top is ahead of schedule
All-Ches-Mont: Season of adjustments didn’t deter Sun Valley’s Robinson