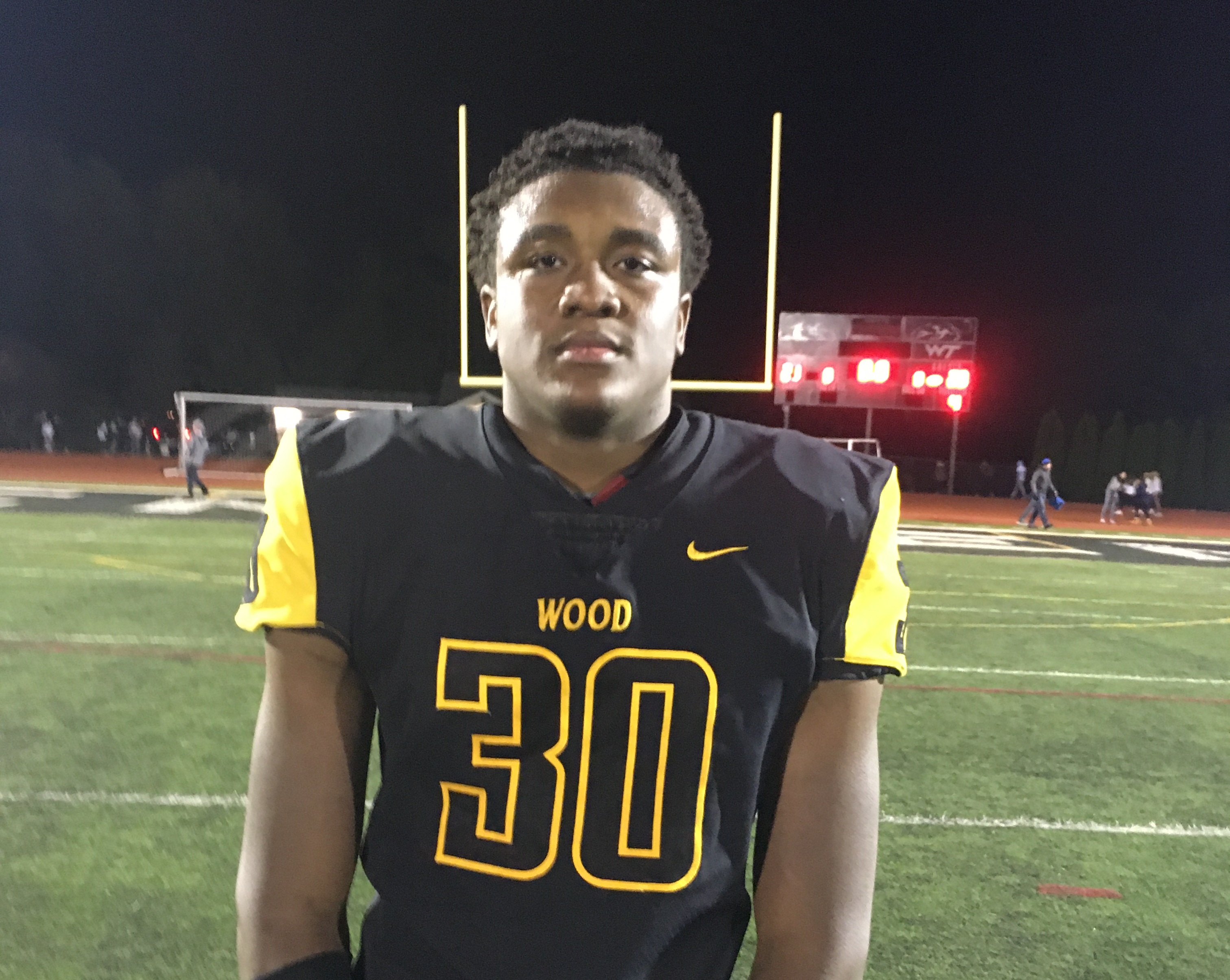 Robert Jackson’s first season of competitive football came as a junior in 2019. Tuesday, the Archbishop Wood standout – one of Pennsylvania’s top prospects in the Class for 2021 – announced he is committing to play on the Division I level at the University of Cincinnati.

“I would like to thank all the coaches that took they time to recruit me, I enjoyed getting to know you and learning about your programs, thank you for showing belief in me after only playing one year of high school football,” said Jackson in a voiceover during the video announcing his decision posted on his social media accounts. “Wishing all of you the best and most success in the future. It is with great pride and excitement that I continue my academic and football career at the University of Cincinnati.

“Truly appreciative of Coach [Luke] Fickell and the rest of the coaching staff for believing in me as a person. Go Bearcats.”

Jackson, a 6-foot-5, 260-pound defensive end who also played on Wood’s offensive line this season, is ranked as the 16th-best recruit in the state by both 247 Sports and Rivals, had offers from several Division I Football Bowl Subdivision schools but on the eve of the Early Signing Period chose Cincinnati, which this season is 8-0 heading in its second-straight American Athletic Conference championship game appearance.

“Foremost, I’d like to thank God for giving me the ability to play the game that I love,” said Jackson in the voiceover. “I’d like to thank my family, coaches, teammates, my friends, my teachers, my trainers and everybody who’s been there throughout the whole process. Special thanks to my Mom and Dad for all the sacrifices that they made to get me to this point. I’d like to put a special shout-out to my little brother and my little sister for all the love and support that they give me day-in and day-out.

“I would also like to thank the Archbishop Wood community for such a tremendous opportunity to receive a great education that helped me grow on and off the court and field.”

Jackson’s only sport his first two years at Wood was basketball before deciding to join the Vikings’ football team in 2019. And despite the lack of experience he shined on the gridiron, earning All-PCL Red Division first team honors at Defensive Line for a Vikings team that captured the PIAA Class 5A championship.

Against La Salle, Jackson blocked an extra point in overtime to give Wood a 21-20 win. Per Ed “Huck” Palmer’s stats on easternpafootball.com, Jackson had 41 total tackles as a junior – 25 solo – with four sacks and 11 tackles for loss.

“You can’t teach 6-6, 245 pounds with a 7-2 wingspan,” said then-Wood head coach Kyle Adkins of Jackson after the La Salle win to papreplive.com. “He’s a big, strong kid, he’s athletic and he’s just figuring out how to play football. He’s just an awesome kid and a pleasure to coach.”

In Wood’s seven-game 2020 season that saw the Vikings finish 3-4, Jackson was an All-PCL first team selection, making 22 tackles per Palmer’s stats – 10 of those solo – with three sacks, 10 tackles for loss and a fumble return for a touchdown.

Jackson is part of Cincinnati’s recruiting class that is currently ranked nationally at 34th by Rivals and 44th by 247 Sports with both having the Bearcats with the top class in the American.