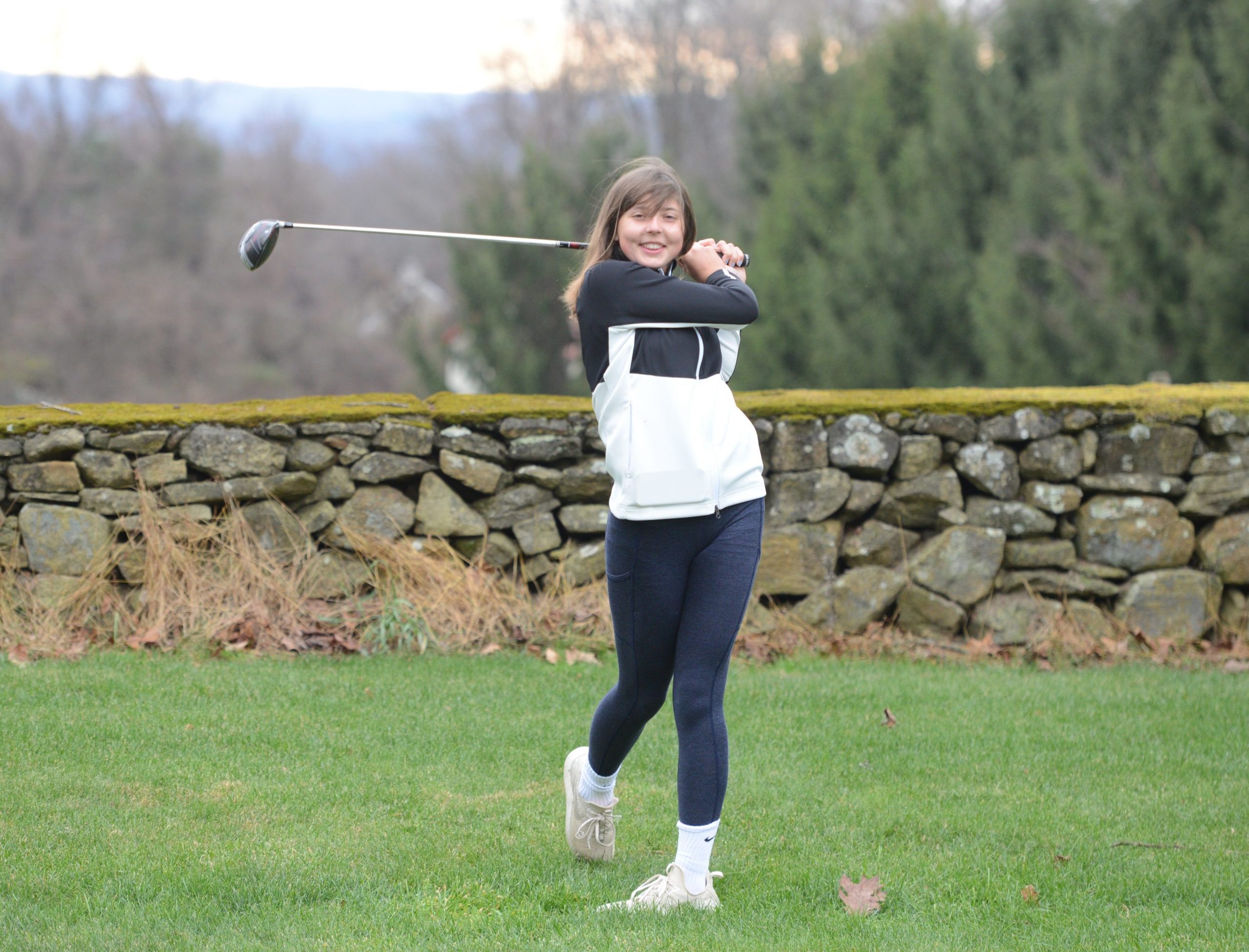 Owen J. Roberts golfer Stefania Fedun had a strong showing as a freshman for the Wildcats in 2019 as the lone female golfer on the boys’ team.

A conversation with a former OJR star before her sophomore campaign helped Fedun achieve even more for herself and her team this season.

Through various connections, Fedun got in touch with 2016 OJR grad Maddie Sager, the Mercury’s 2013-15 Girls Golfer of the Year who wrapped up her career on the Seton Hall women’s golf team this fall. After talking to Sager, Fedun realized she would like to be in her shoes someday, golfing for a college team.

“(She told me) to just really to focus on my game and not worry about it and have fun with things,” Fedun said. “She really showed me how much fun college golf can be, so it’s really helped me take golf more seriously.”

Fedun finished with the low score at both the Pioneer Athletic Conference District 1 Boys and Girls Qualifiers this season, helping the Wildcats qualify for districts as a team in the process. She followed with a sixth-place finish at districts and finished off a spectacular sophomore season with her first trip to states.

Her newfound dedication to the game and love of the sport were big reasons she followed in Sager’s footsteps as the 2020 Mercury Golfer of the Year. Fedun said she started to put more time into workouts and weight lifting in March, and she saw a pay off this season with about 20 or 30 more yards to her driver. She also spent time improving her accuracy on the range at French Creek Golf Club.

The OJR sophomore began to notice an uptick in her play in junior tournaments this summer and carried that into the high school season. From the team’s first match against Upper Perkiomen when she shot a match-low 37, Fedun’s improvements were apparent.

Fedun was OJR’s low scorer in its opening three matches, which included shooting a 35 in a victory against Pottsgrove. Her average round of 36 was a big reason the Wildcats finished with a 6-2 mark in Pioneer Athletic Conference matches — good for third place in the league.

“Right from the beginning, the first match of the year she put up a good score,” OJR coach Ted Snyder said. “She was pretty steady. Right from the get-go we kind of knew it.”

“There’s no highs and lows with her,” he added. “She’d come off some rounds and shoot a double or a triple early and still finish one or two over. Nothing really rattled her.”

Since OJR does not have a girls golf team, Fedun plays with boys during league matches and postseason team competition and competes individually with the girls. In line with the PIAA rulebook in regard to girls competing in boys’ golf play, she plays 85 percent of the yardage of the boys tees.

In her second year on the squad, Fedun said she felt a little more of the team aspect this past season.

“It was definitely nerve-wracking coming in freshman year as the only girl,” Fedun said. “I was a little bit quieter last year, and this year I opened up more and the team opened up more for me, so it felt really nice to have a team system going on this year too.”

After a strong start in match play, Fedun’s first taste of the postseason in 2020 came with the PAC Boys District 1 Qualifier. Competing just for the team, she shot a low score of 69 to top the boys field and help the Wildcats tie Methacton for the top team score, earning a spot in the District 1 team postseason for the first time since 2015.

“The team aspect was big,” Snyder said. “It shows her character. She wants the team to do well. She pulled for the other players.”

The next day in less ideal conditions, Fedun topped the leaderboard again, shooting a 74 at Gilbertsville to edge Methacton’s Riley Thomas for the PAC Individual Girls Championship. It was a significant improvement from her freshman season when she shot an 83 to finish second.

“I wanted to be a top finisher in the girls,” Fedun said. “The boys was never really something I was concerned or focused on. I was really just trying to focus on helping my team. When I actually shot the lowest score, it was really exciting for me and I was excited to help the team get through to districts. …  I worked really hard to get to the point where I was, so hard work paid off to help benefit the team getting to districts.” With one of her goals already checked off, Fedun entered the District 1 tournament with a chance to check off another as the top six District 1 qualifiers advanced to states this season instead of 15 qualifying for regionals like in years past.

In 2019, Fedun set herself in good position on the first day of districts at Raven’s Claw Golf Course with a first-round 74 to advance to the second round at Turtle Creek Golf Course. She followed with a 92 to finish 12 strokes out of the 11-over cutline.

Fedun shot a 77 on Day 1 of districts this season before shooting a second round 76 at Turtle Creek to finish in sixth place (10-over) and qualify for states for the first time in her career.

“Last year, I was really nervous because I’d never really been in any of those situations,” Fedun said. “I realized that I just gotta keep a cool head and keep going and whatever happens, happens. I think my mental perspective on going into the second day of districts completely changed, and I just didn’t really worry about it. That’s what I think helped me get through to states.”

Fedun became the first Mercury-area girls golfer to compete at the PIAA championships since Sager finished second in 2015 before setting off on her college golf career.

She shot an eight-over 80 in her first foray into states, finishing tied for 14th and eight strokes off the lead. She’s hoping she’ll have two more tries to improve on that score.

“It was a really good experience because I think I can learn from what I did this year to help me if I make it to next year’s states,” Fedun said. “It will help me in the actual state tournament next year. And I think it was just a really fun experience overall. I may not have shot my best score, but golf has its ups and downs, so I just looked for it as an opportunity to learn from what I did.”