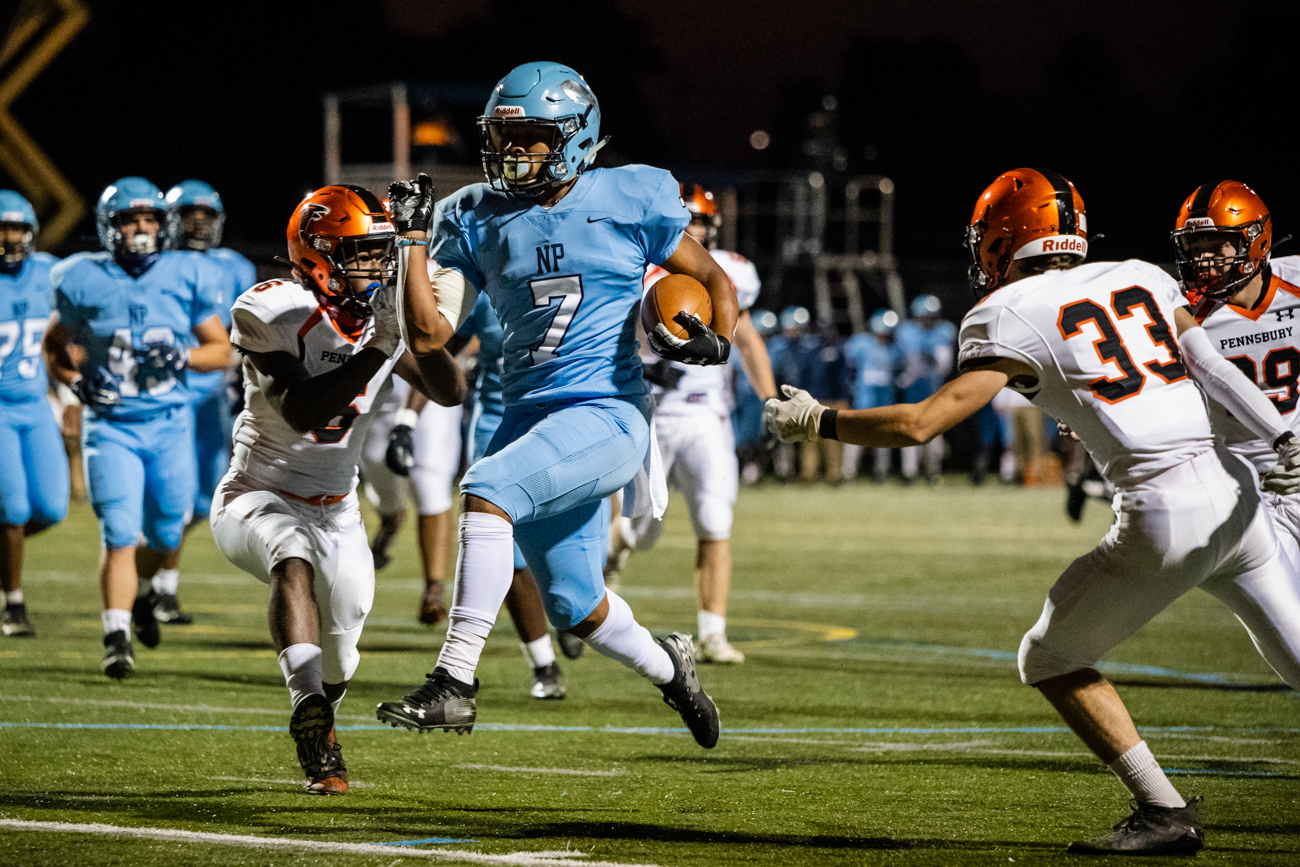 North Penn's Khalani Eaton (7) crosses the goal line on the opening drive of the game to give the Knights the early lead over Pennsbury on Friday, Oct. 9, 2020. (James Beaver/For MediaNews Group)

While it has been a year pretty much everyone would like to forget, there were still plenty to remember about the 2020 football season in The Reporter, Times Herald and Montgomery Media area.

COVID-19 threw a massive wrench into the working of the area gridiron scene. Norristown and defending District 1-5A champ Cheltenham didn’t play. Archdiocese of Philadelphia schools weren’t going to compete in the fall until a reversal had them take the field.

Limited crowds and “locker rooms” behind end zones became the norm. But through it all, the games – albeit with some cancellations – were played.

Souderton and Pennridge met in the District 1-6A final with the Indians coming away with their first-ever district crown before falling to state power St. Joseph’s Prep in the semifinals.

Upper Dublin won its second District 1-5A crown in three seasons but its run ended when COVID concerns forced the Cardinals to forfeit their state semifinal matchup with Cathedral Prep.

In Class 2A, Bishop McDevitt advanced to the PIAA semis for the first time but the Royal Lancers loss to Southern Columbia was likely the program’s final game – the Archdiocese having announced the school’s closure at the end of the academic year.

Upper Moreland (4A) and Archbishop Carroll (3A) both made their respective state tournaments. Pope John Paul II got in just three games but won them all. La Salle played with heavy hearts after the death of senior offensive lineman Isaiah Turner on Sept. 4. The Explorers ended the year 5-1, their lone loss to St. Joe’s Prep.

And with the games came stellar performances from players to earn their place on our 2020 All-Area Teams.

On offense, Germantown Academy’s Jordan Longino is heading to Villanova for basketball, but showcased his football talents one last time to earn first-team quarterback honors.