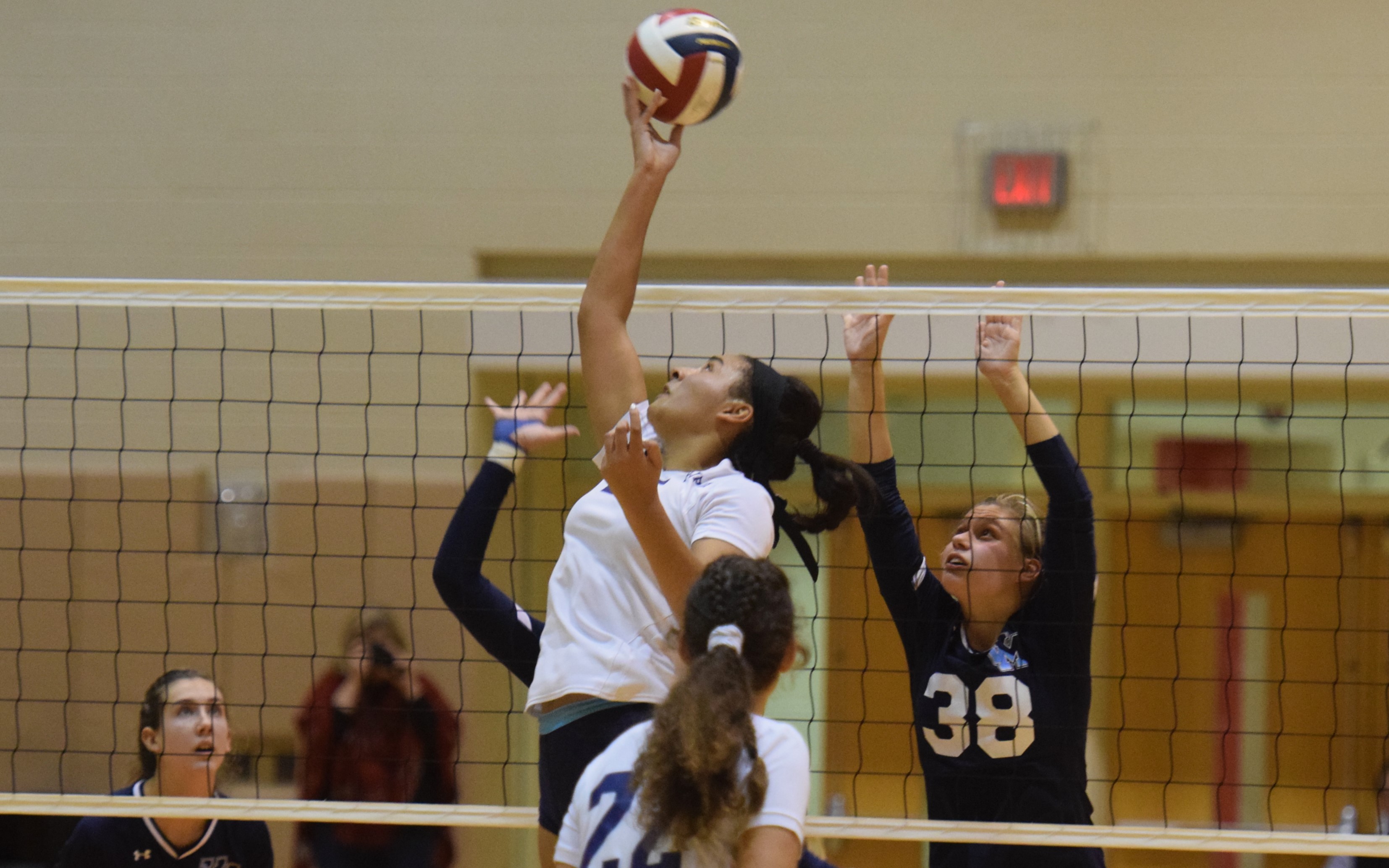 The Pope John Paul II girls volleyball program has had a lot of success in recent memory. Chelsea Harvey is a big reason why that Pioneer Athletic Conference and District 1 dominance continued over the last four years.

“I set some goals for myself coming in my freshman year,” she said, reflecting on her four-year run with the Golden Panthers. “First day I told (head coach Ryan Sell) what I wanted to accomplish. Some of the things I wasn’t able to, but I’m grateful for everything I was able to accomplish. I feel like overall it was very successful.”

The 5-foot-11 setter had the natural ability to be a great volleyball player when she was a freshman at PJP, but Sell said it’s her drive and competitiveness that took her to another level. She always showed up to practice 30-to-45 minutes before Sell, who was 30 minutes early himself, to fine-tune her game.

“She was always trying to put in extra time,” Sell said, “I think that’s what separates her throughout her freshman year to her senior year. She just put in more time.”

“My family is so competitive,” Harvey said. “Even game nights we are all in, like we are playing life or death. I definitely get my competitiveness from my parents and the work ethic they’ve instilled in me from a young age – if you want something you have to work for it and you’ll get it.”

Practicing with her teammates were some of Harvey’s favorite memories from the 2020 season.

“This team had so much focus,” Harvey, who would spend her extra practice time watching film and working to correct any mistakes, said. “Every practice we were working to get better. One person would be down, we would all bring them back up. We all wanted to be the best. It was crazy. It was something special this year.

Harvey, who moved to Pennsylvania during middle school after living in the Chicago area, led the Golden Panthers to an 8-0 regular season in 2020. PJP couldn’t contend for a second straight PAC title due to a delayed start, but still made its presence felt against their league rivals. They defeated eventual champion Boyertown and runner-up Perk Valley during their undefeated campaign. The games against the PAC’s top teams came on back-to-back nights, handling PV 3-1 on Oct. 22 and Boyertown 3-0 on Oct. 23.

In the District 1-3A playoffs, PJP entered as the No. 1 seed and defeated Gwynedd Mercy Academy in the semifinals and Mount St. Joseph Academy in the championship, both matches ending in three sets. Harvey, who reached the 1,000-assist milestone as a junior in 2019, did a little bit of everything during the district playoffs, totaling 64 assists, 11 kills and 15 digs in the two victories.

“The competitive drive that she has is super important,” Sell said of her impact on the team’s success. “I think it’s just as important if not more important than her touching the ball all the time. When you’re around that as another player I would always want to win, too. She pushes that competitive nature. I think that’s a really good quality.”

The Golden Panthers season came to an end in the PIAA-3A state quarterfinals, losing in three sets to eventual champion Bethlehem Catholic.

“It was just a blessing to have the season,” Harvey said. “I feel like we played amazing. The girls have never been closer. It was the best season of my life. I am so blessed to be a part of this team. The girls were amazing and we were so close this year. I’m very happy with how the season went and Ryan is amazing. It was a great season.”

Harvey signed her National Letter of Intent to continue her education and volleyball career at Tulane University on Nov. 18.

“I just stepped on the campus and talked to the coaches and everyone was so welcoming,” Harvey, who verbally committed during her sophomore year, said. “I just knew that this was the school for me. I couldn’t see myself anywhere but there. The school is amazing, the girls were so sweet and welcoming. I couldn’t imagine myself going anywhere else. It’s definitely the school for me.”