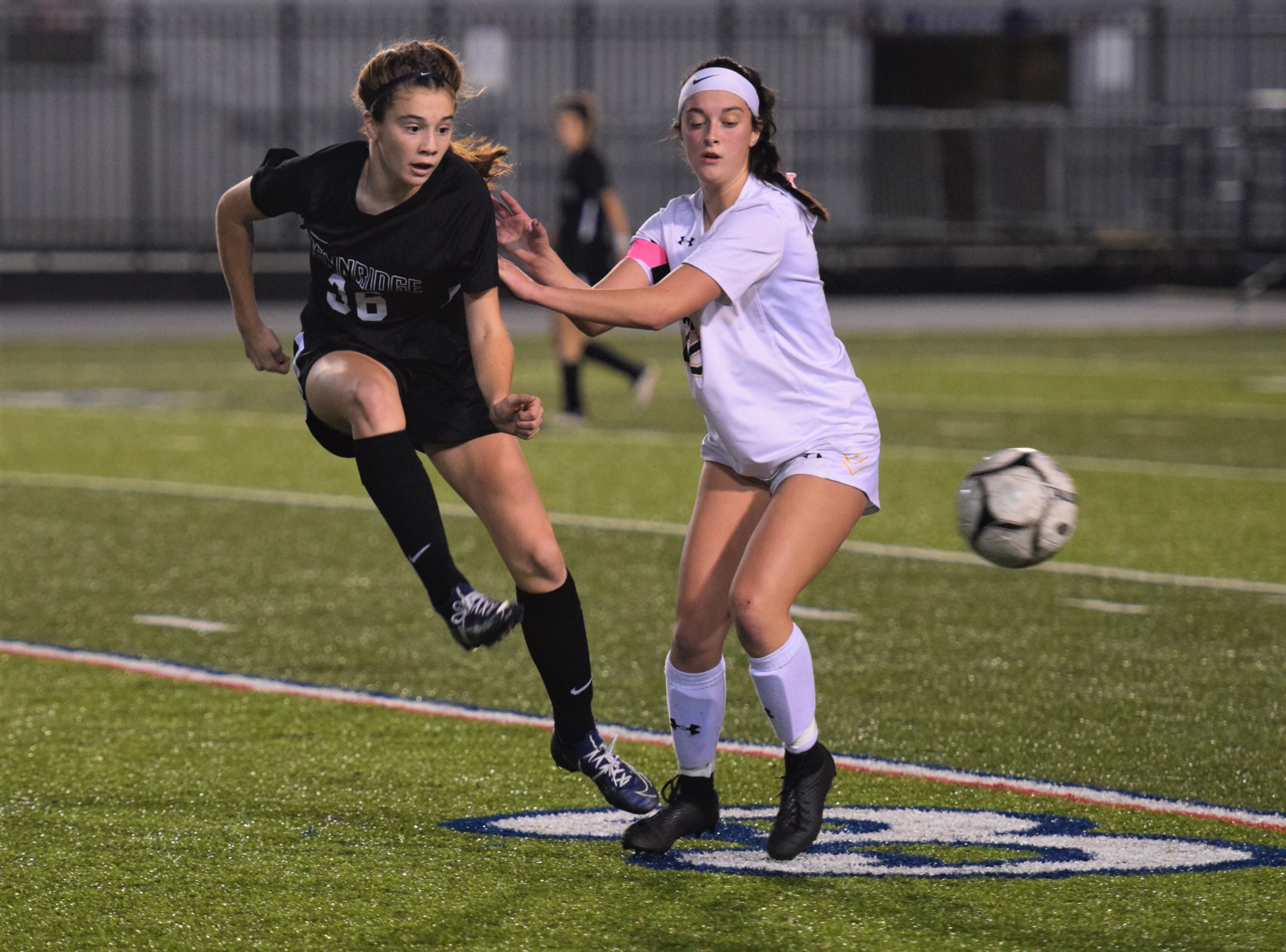 Despite a lack of nonleague games and condensed postseason brackets, teams from The Reporter/Times Herald/Montgomery Media area chimed in with plenty of success, which in turn led to plenty of standout individual seasons.

Pennridge won the PIAA 4A title, its second straight District 1 title and an SOL Colonial crown, its fifth straight conference championship. Abington won the SOL Liberty and reached the district semifinals while William Tennent thrived in the new SOL Freedom with an unbeaten conference title. Gwynedd Mercy Academy took state power Villa Joseph Marie to kicks in the District 1-3A final while Archbishop Wood made states for the second straight year.

While the season was shorter, it was no less challenging trying to narrow down selections for The Reporter/Times Herald/Montgomery Girls’ Soccer All-Area teams.

Joining Player of the Year Lindsey DeHaven on the first team are two of her Pennridge teammates. DeHaven had an impressive fall with eight goals and 10 assists, but she wasn’t the team’s leading scorer for the fall.

Freshman Liv Grenda led the Rams with 14 goals and six assists, earning her first team All-SOL Colonial honors. A technically sound player with plenty of distance on her shot, Grenda had two goals in the PIAA 4A semifinals against Parkland, including the game-winner in overtime and stayed consistent despite plenty of defensive attention in the latter half of the season.

Defensively, another Pennridge freshman gets the call. Center back Anna Croyle stepped into a crucial position and more than held her own, also drawing first team All-SOL Colonial honors for a back line that posted eight shutouts. Croyle, who also added three goals, could hold her ground during individual battles but also fit in with the Rams’ swarming backs.

The first team front line features three of the most capable and prolific scorers across the area.

Abington senior Casey Touey went out in fine form, scoring 12 goals and assisting four others. The Drexel recruit garnered SOL Liberty Player of the Year honors, qualifying her for all-state for the second straight season and as a co-captain, helped the Ghosts to a Liberty title and the District 1-4A semis.

Taylor Moyer will also be appearing on the PA Soccer Coaches Association all-state team after the CB West junior culled SOL Colonial Player of the Year. A versatile offensive weapon, Moyer scored 11 goals with six assists while creating a ton of chances both from the run of play and with her service on corners and free kicks.

Gwynedd Mercy Academy had a strong year with the offensive output of senior Samantha Berish a large reason why. The forward recorded 10 goals in 11 games including a hat-trick in the Monarchs District 1-3A opener and finished with 45 career tallies. Berish was also selected as an All-AACA performer for the second consecutive season.

Bringing plenty of hustle and energy to the midfield is Hatboro-Horsham senior Maggie O’Neill. The first team All-SOL Liberty and All-Southeastern PA selection scored three goals for the Hatters but it was her seemingly bottomless well of energy that made Hatboro-Horsham go.

Rounding out the midfield is Archbishop Wood senior Paige Hoeger. The VCU recruit was again a key component of a state title appearance for the Vikings, netting six goals and earning first team All-PCL honors despite Wood getting a late start to the season.

Joining Croyle on the back line is a trio of solid seniors. CB West’s Keely McGlone earned first team All-SOL Liberty honors after her best season with the Bucks. McGlone, whose only goal was a memorable game-winner against CB South, gave West a player able to win the ball out of the air but also contest and win tough tackles.

Abington’s defense was going to dictate its season and thanks to co-captain Ally Holden, the Ghosts were firm enough at the back to win the SOL Liberty title and reach the final four in District I. The center back added a goal, but her stout play at the back, including a goal-line clearance in the team’s district opener stood out in a first team All-SOL Liberty effort.

Tying the defense together is Gwynedd Mercy Academy senior Hailey Morris. An All-AACA selection, the tough-as-nails back served a second season as a team captain and added four goals and two assists for the Monarchs, who reached their first District I final since 2016.

The last line of defense is Souderton goalkeeper Morgan Molyneaux. A first team All-SOL Colonial and All-Southeastern PA selection, Molyneaux posted three shutouts during the season. The senior not only proved able to make big saves, but commanded her area firmly as a second-year starter.