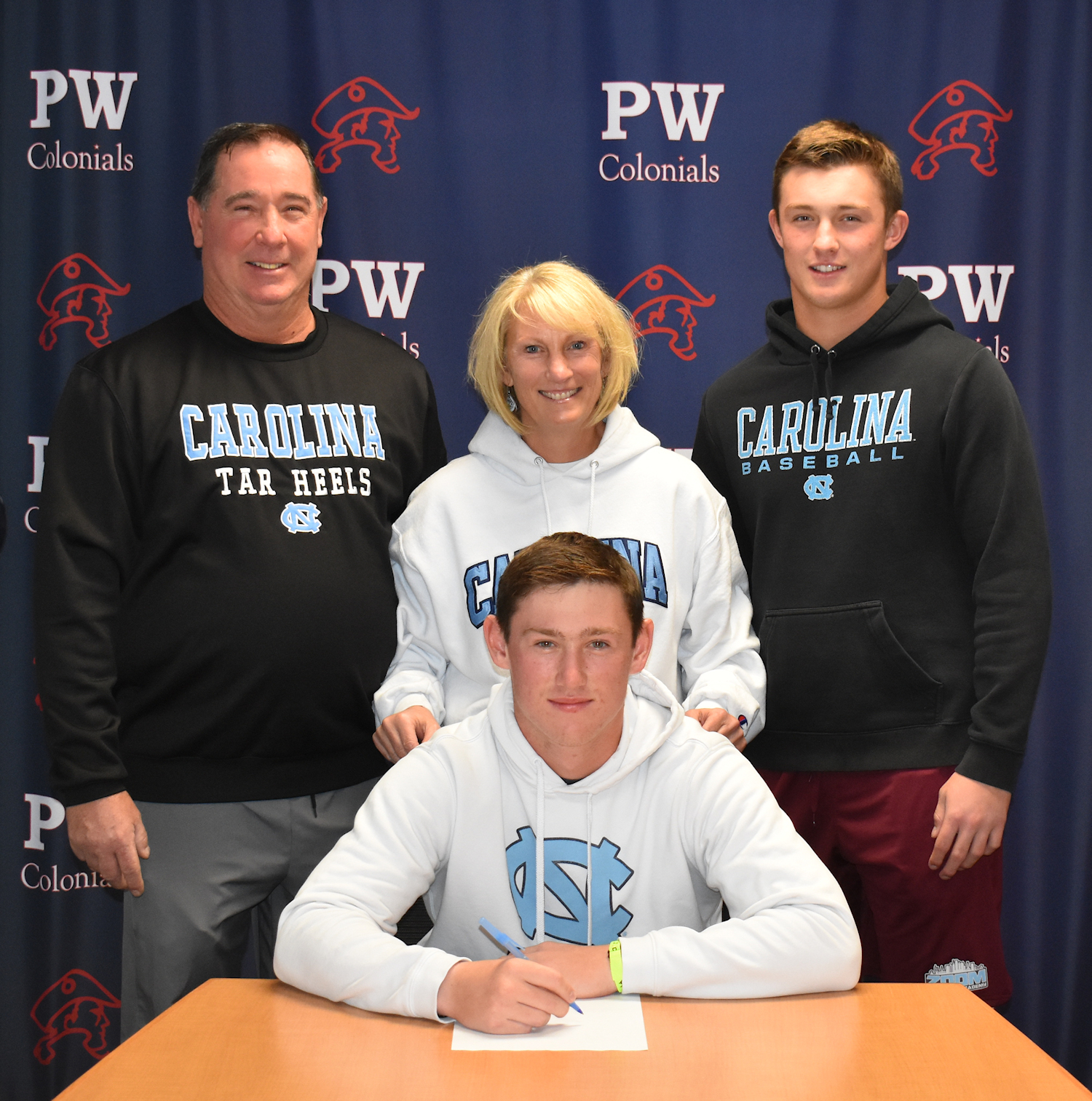 Joe Jaconski has wanted to play baseball for the University of North Carolina since he was a little kid.

The dream came one step closer to reality when the Plymouth Whitemarsh senior signed his National Letter of Intent to attend UNC on Nov. 20.

“I’ve been waiting for this day for three years,” Jaconski said. “It hasn’t hit me yet that I’ll be gone in about six months.”

“Joe always wanted to go to UNC, and the fact that his eye stayed on that prize and he worked so hard to get there is a true testament to his focus and his determination,” PW baseball coach and Jaconski’s US Government teacher Chris Manero said. “He has spent a lot of time, staying late to get extra reps with us, working nights in the cage with his travel coaches from Zoom Baseball Academy, and never shying away from the weight room. Add to that his outstanding performance in the classroom, and he absolutely has the make-up of what it takes to play in a renowned Division I baseball program.”

His first contact with the Tar Heels came when he was 14 or 15-years-old in a 17U tournament in Fort Myers, Fla. He tallied a couple hits against the No. 2 team in the country and colleges took notice.

The 6-foot-1, 180-pound shortstop verbally committed to North Carolina during the fall of his freshman year, when he attended Springside Chestnut Hill Academy. He was also being recruited by schools like Virginia Tech, Vanderbilt and Maryland.

“When I went down (to UNC) I loved it,” Jaconski said. “I was down there a couple times before I committed. I’ve always loved North Carolina and wanted to go there since I was in fourth or fifth grade. Once I heard they were calling, I was all-in from there.”

The Plymouth Meeting native transferred to Plymouth Whitemarsh as a sophomore and led the Colonials to one of their best seasons in recent memory in 2019. The first team All-Suburban One League American Conference shortstop paced PW with a .442 batting average, .547 on-base percentage and 1.315 OPS. He also led the team with 19 hits and 18 runs scored in 14 league games. PW won the SOL American title, reached the District 1 semifinals and won a state playoff game.

While the 2020 season was cancelled due to the COVID-19 pandemic, Jaconski focused on getting stronger. He takes swings in his backyard batting cage every day and goes to the gym six times a week. He’s looking forward to being a leader in 2021 for a young Colonials team.

“I’m just trying to make my teammates around me better and become a better leader,” he said. “I understand that we’re very young and we don’t have people with a lot of varsity-level experience. I’m one of the only ones with my brother (Jesse) that actually has (varsity experience) and my brother didn’t really play in the field a lot. I need to learn how to become a leader and a captain on the field and help my teammates around me get better.”

The PW program has already seen his leadership qualities.

“Joe also brings a lot of intangibles to the team,” Manero said. “He has a keen baseball-sense that enables him to be a commander in the infield. His work ethic and commitment to constantly improve himself have rubbed off on a lot of our players. Joe is the kind of a player that helps us not only with his obvious talent, but also in the way he leads by example. He plays the game the right way, he stays humble, and he is so competitive in all facets of the game… he never wants to lose.”