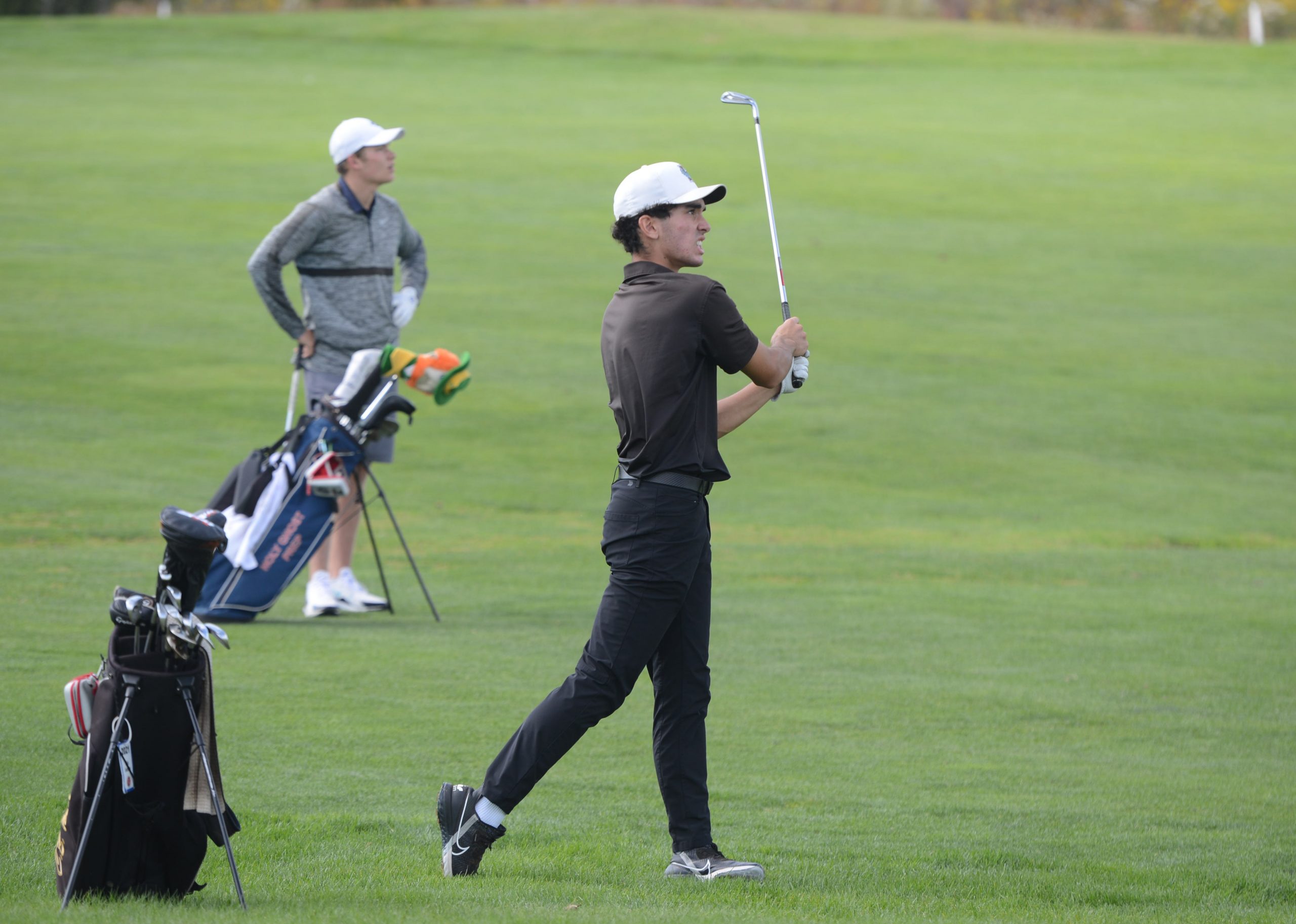 Milo Jezzeny plays both golf and jazz piano and a common thread between the two is the need for a spark of ingenuity.

“I don’t really think about that as much but definitely, I don’t know, still need some creativity in both and I think that helps the mind connect,” he said.

Jezzeny had his game finely tuned this fall as the senior completed his Central Bucks West career in fine style. The Reporter/Times Herald/Montgomery Media Golfer of the Year for 2020, Jezzeny tied for eighth in his first appearance at the PIAA Class 3A championships with the senior helping the Bucks claim a Suburban One League title for a fourth consecutive year.

“I’m really happy that I could finish off this way,” he said. “Definitely a crazy year cause of the virus, not everything I would hope for but it’s great to have success individually and the team definitely contributed to that. Great to get the four-peat for winning our conference as a team so happy I could make that happen. Glad I finally made it to states and placed as well since I was playing so well this year.”

After missing the state cut at last year’s Eastern Regionals, Jezzeny – a four-year varsity player at West – continued to improve on his game, adding length to his drives, creating opportunities to slice a few strokes off his score.

“I’ve been gaining distance a lot over the past few years so I was trying to control that,” he said. “And I put on probably 5, 10 miles-per-hour swing speed, probably gained like 30, 40 yards of driver distance so that definitely helped – it gave me a big advantage. I worked a lot on wedges, short game because I knew I’d be having a lot of short shots.”

Jezzeny made his second straight District 1-3A tournament by tying for third at the Suburban One League Boys Championship with a 2-over 73 at Five Ponds Golf Course. With no regionals this season due to the COVID-19 pandemic, state spots were on the line at districts and Jezzeny came through at Turtle Creek Golf Course, taking fourth with a two-day score of 1-over 145.

“I was really disappointed last year cause I was playing really well but missed it by a few shots so making it this year was definitely a great bounce back,” he said. “Even though there wasn’t regionals and I actually just went straight from districts to states, think I was still playing well enough to make it through regionals if they had it. Glad I could move on to the final stage.”

Jezzeny opened districts with a 1-under 71 then carded a 2-over 74 the second day – the 74 also the low score for CB West as it finished second to Unionville in the Class 3A team tournament.

“I knew there were less spots but I was feeling really confident with my game,” said Jezzeny of districts. “I went out and played pretty well the first day so second day of districts was nice and relaxing. I knew I just had to play solid to make it to states so I was happy after that.”

The Bucks qualified for the district as a team by winning the SOL Colonial Division title with a perfect 10-0 mark. For West, who finished 10-1 on the year, it was its fourth straight SOL championship, having won the Continental Conference the previous three seasons.

“I think the coaches, coach (Bob) Schilling, (assistant) coach (Travis) Jovais, they’re great with all of us,” Jezzeny said. “They’re pretty hands off, let us do our thing, let us practice together, give us good chemistry and they know how to lead the team and we’ve had a good core of players the last few years.

“And I think it’s going to continue at least ‘til next year, there’s so many juniors who are going to be seniors next year that are great players so happy that the team is looking good for the future as well.”

At the one-day state championship at Heritage Hills Golf Resort in York, Jezzeny was 2-under after back-to-back birdies on holes six and seven but caught a literal bad bounce on the eighth.

“Hit a ball off the cart path that ricocheted out of bounds, actually that was on the eighth hole, so that ended up being a triple bogey,” he said. “And then bounced back with a birdie on 10 but then hole 13 hit a drive down the right side a little bit in the rough but never found the ball so lost two strokes there again.

“I was definitely playing well enough to (shoot) probably five, six shots better than my round ended up but I was pretty happy.”

Jezzeny ended the round with a 2-over 72, putting him a six-way tie for eighth and also matched the state finish that his brother Luca – who now plays on the Brown University men’s team – had in 2018. Jezzeny said he got his start in golf at a young age due to his older brother.

“I actually started probably when I was, initially, when I was like three just because my older brother took it up when he was 5 and I kind of followed,” he said. “But played a few tournaments when I was younger then kind of put it off for a while while I was playing baseball and then finally by like ninth, 10th-grade year I was starting to get back into the competitive aspect of golf.”

Jezzeny is still working on a college decision with an eye having golf be a part of it.

“I think I started a little late on the national tournaments, didn’t establish a ranking soon enough,” he said. “But I think I have the talent to play there if the coaches can see me play in person.”