A season to remember for Upper Dublin football 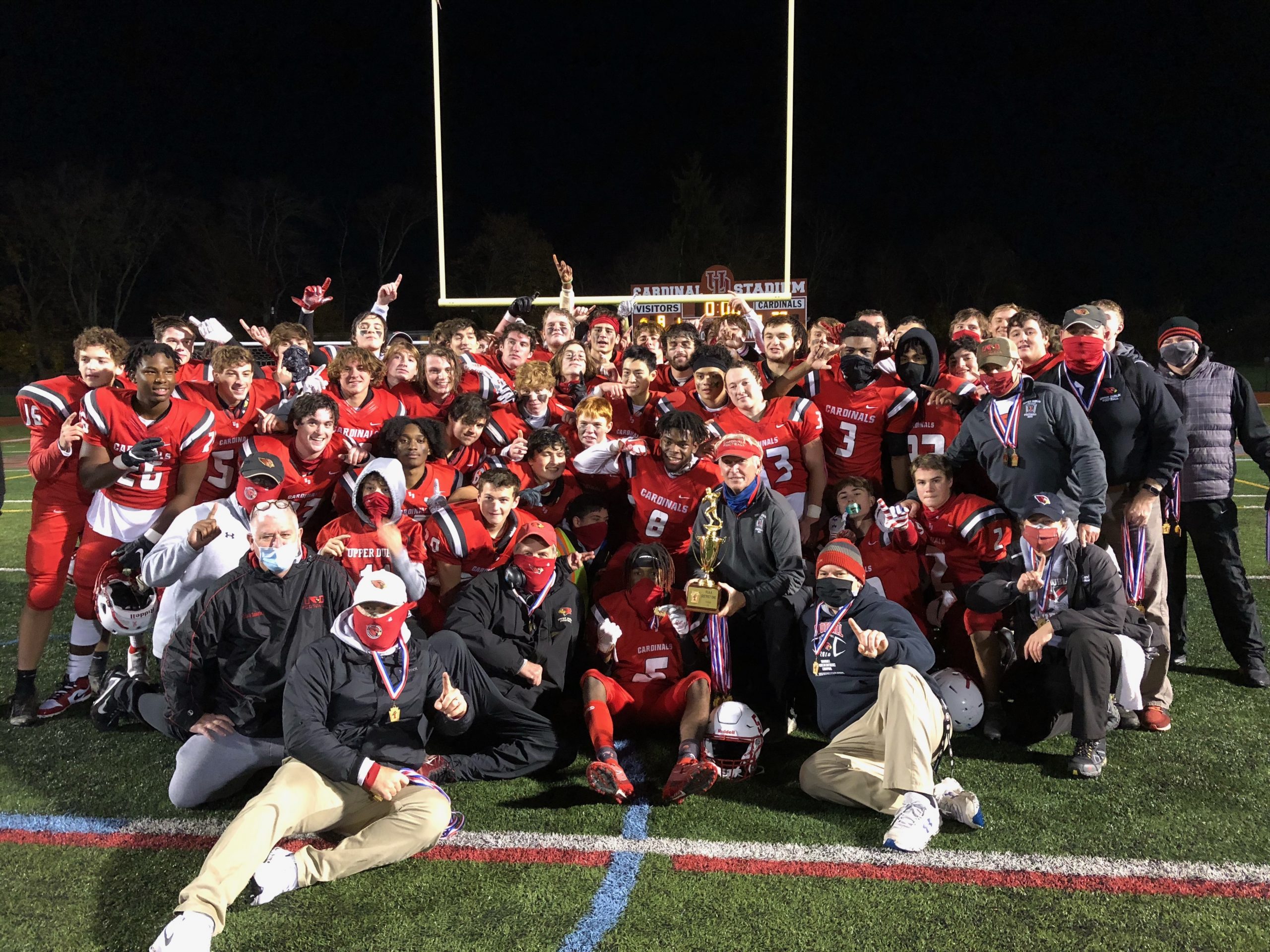 Two months ago, Upper Dublin head coach Bret Stover and senior captain Micah Bootman had similar goals for the 2020 season. They both wanted to take the field on Friday nights and they both wanted to win games.

Stover said that he felt bad for the spring athletes that lost their chance to compete due to the COVID-19 pandemic and wanted his seniors to have the opportunity to play their final season.

Bootman said the team would take the five-game schedule one week at a time, but they wanted to win every game.

The Cardinals went 4-1 in the regular season before winning the District 1-5A championship. Their season ended last Friday when they forfeited their PIAA-5A state semifinal game against Cathedral Prep.

Here is a game-by-game look at Upper Dublin’s historic run that resulted in the third district championship in school history.

The season opened with a 31-27 win over rival Wissahickon. Bootman returned an interception 75 yards for a touchdown on the first possession of the year to headline a dominant defensive effort that also saw Jacob Rossman and Michael Wright grab interceptions. UD led 31-13 halfway through the fourth quarter.

Upper Dublin opened its Suburban One League Continental Conference schedule in Week 2 with a 42-8 win over Bensalem. The Cardinals ran for 253 yards, but again it was the defense that stole the show. Kyree Butler recovered a fumble for a touchdown in the first quarter and the unit held the Owls to 46 total yards in the game. It was 42-0 until Bensalem scored with 2:31 remaining in the fourth quarter.

The only loss of the season came in Week 3, a 28-7 defeat to eventual District 1-6A champion Souderton. Big Red scored a touchdown in the final 20 seconds of the first half to build a 21-7 lead and the Cardinals weren’t able to battle back.

UD returned to the win column the following week with a 21-6 win over Council Rock North. The offense started fast, with quarterback Colin O’Sullivan hitting Bootman for a 51-yard touchdown early in the first quarter. The defense didn’t allow any points until Rock North scored in the final minute of the game.

After coming close against Bensalem and CR North, the Upper Dublin defense posted a shutout in the regular season finale, hammering Hatboro-Horsham 32-0. The defense recorded a pair of safeties thanks to Owen Carl’s punting and Jacob Rossman returned a fumble for a touchdown.

The Cardinals earned the No. 1 seed in the District 1-5A playoffs and advanced to the championship when No. 4 Kennett forfeited their semifinal matchup.

Defense was a constant for Upper Dublin all season and it came through when it mattered most – leading the Cardinals to a 29-8 win over West Chester Rustin for the district championship – the school’s second in three years and third since 2015. They limited the Golden Knights to 117 total yards and grabbed three interceptions, including a Chris Kohlbrenner pick six to put the exclamation point on the victory late in the fourth quarter.

“It sounds cliché but we had to play it day by day and the kids never got caught looking ahead,” Stover said after the district title game. “We lost to a good Souderton team and that re-focused us. My credit goes to the kids for working hard and getting to this point, so if there is a tomorrow, that’ll be great and if not, if this is the way we end 2020, I’m happy looking forward to 2021.”

It turns out there was no tomorrow, as Upper Dublin administration informed the PIAA last Thursday that they were unable to play their state semifinal game against Cathedral Prep Friday.

Despite the unfortunate end to the season, the district title run will always be remembered at Upper Dublin. The senior class, led by Bootman, Rossman and John Kohlbrenner, go out with two District 1-5A titles in 2018 and 2020.