Neshaminy falls to Seneca Valley in PIAA 4A championship in 2OT 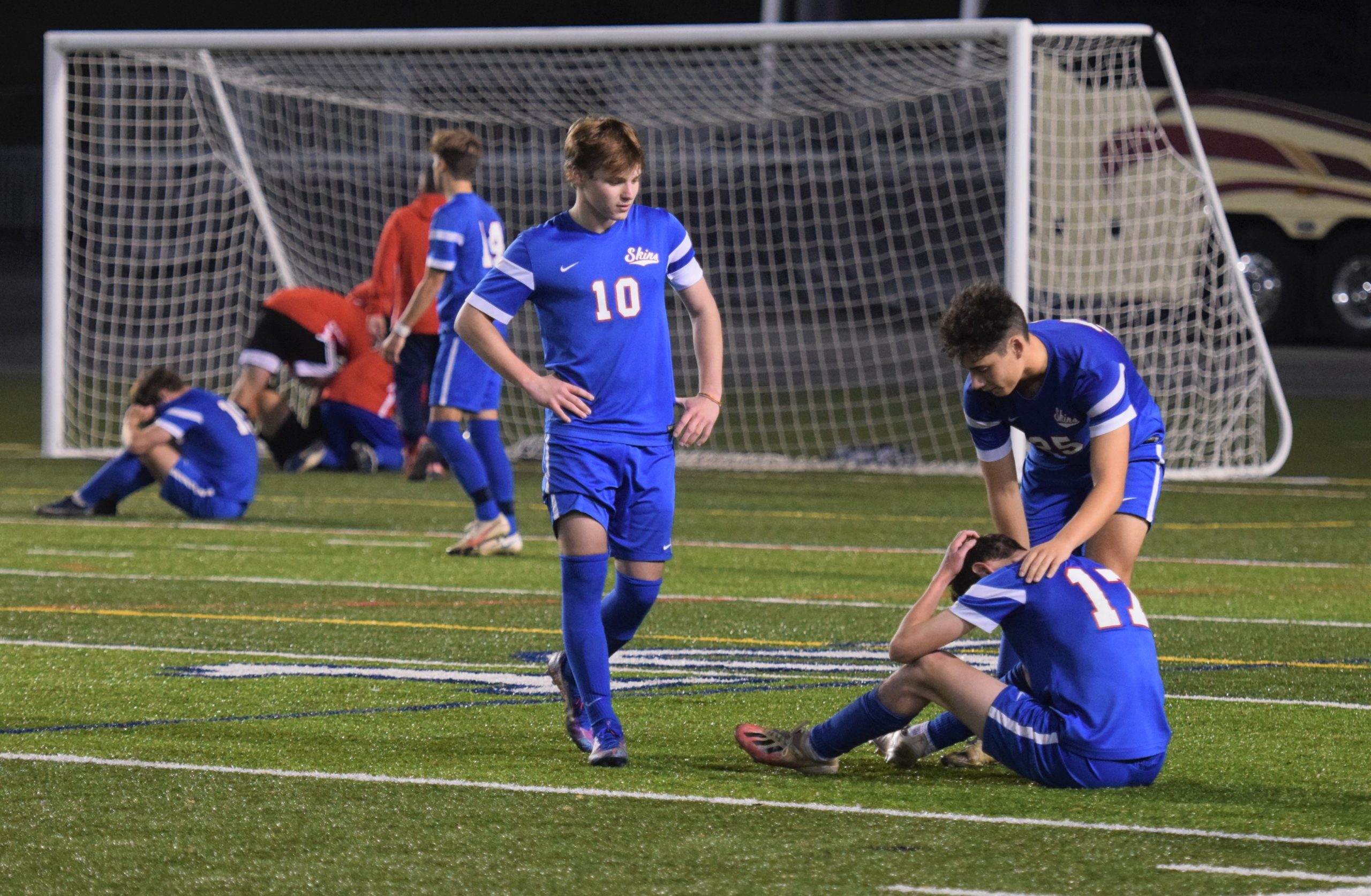 HERSHEY >> The game was long. The ending was anything but.

Just 36 seconds into double overtime, senior forward Zack LaValle headed in a cross from junior Luke Simpson at the far post and Seneca Valley defeated Neshaminy 2-1 to hoist the PIAA trophy for the first time in program history. LaValle played distributor on the Raiders’ opener after he stole the ball in the Seneca attacking half and played a near-post cross that was one-timed home by senior Nathan Eastgate at the 30:31 mark on the second half.

It cancelled Jose Rivera’s opener for the Skins (13-2-2) after senior Manny Weagba won the ball in the SV half and centered to the junior striker eight minutes into the game.

“You never want to leave anything out on the field and I thought the kids gave it all they had tonight,” said Neshaminy head coach Tom Foley. “It was a very, very good team over there and I thought we battled them really hard.”

Neshaminy closed the season 13-2-2 while Seneca Valley put the finish on a 17-1-1 campaign. Neshaminy’s run began as the No. 7 seed in the District 1 tournament and the Skins rattled off wins over No. 6 North Penn, the reigning PIAA 4A champion, and No. 12 Pennridge on penalty kicks in the district final. Neshaminy dropped Emmaus 2-1 in overtime in the PIAA semifinals to create a remarkable run regardless of Saturday night’s final result.

“To be honest, this season broke my scales,” said senior captain Cole Jackson. “We had goals as sophomores coming into this, everybody played a part in every game, everybody got in – I’m pretty sure every single player got at least a minute this season. In practice, everybody put in the work. We got where we wanted to be and just didn’t have it in the last couple minutes.”

It was Neshaminy’s first PIAA title match appearance in 26 years. It tied Bethel Park, 1-1, and were declared co-champions in 1996. Seneca Valley’s Zack LaValle, left, wins a header against Ryan Schoeneman and scores the game-winning goal in the PIAA 4A championship game on Nov. 21 in Hershey. (Austin Hertzog – MediaNews Group)

Seneca Valley’s only other PIAA title game appearance was in 2015 when the Raiders lost to Central Bucks East.

Neshaminy lost starting goalkeeper Trevor Rush late in the first half to injury and Logan Gildea stepped into goal and performed solidly.

“We can play a higher line because Trevor is so technical with his feet,” Foley said. “Logan doesn’t play as much with his feet so we didn’t want to put him under the gun. He did a very good job. He can’t be blamed for either one of those goals.”

“I’ve seen them grow up. I had a lot of them at Carl Sandburg as middle schoolers and had a chance to see them mature,” said Foley. “They set a goal, they wanted to go far in districts and states by the time they were seniors and hat’s off to them, they put the hard work in and showed a lot of grit and determination the last three years.”