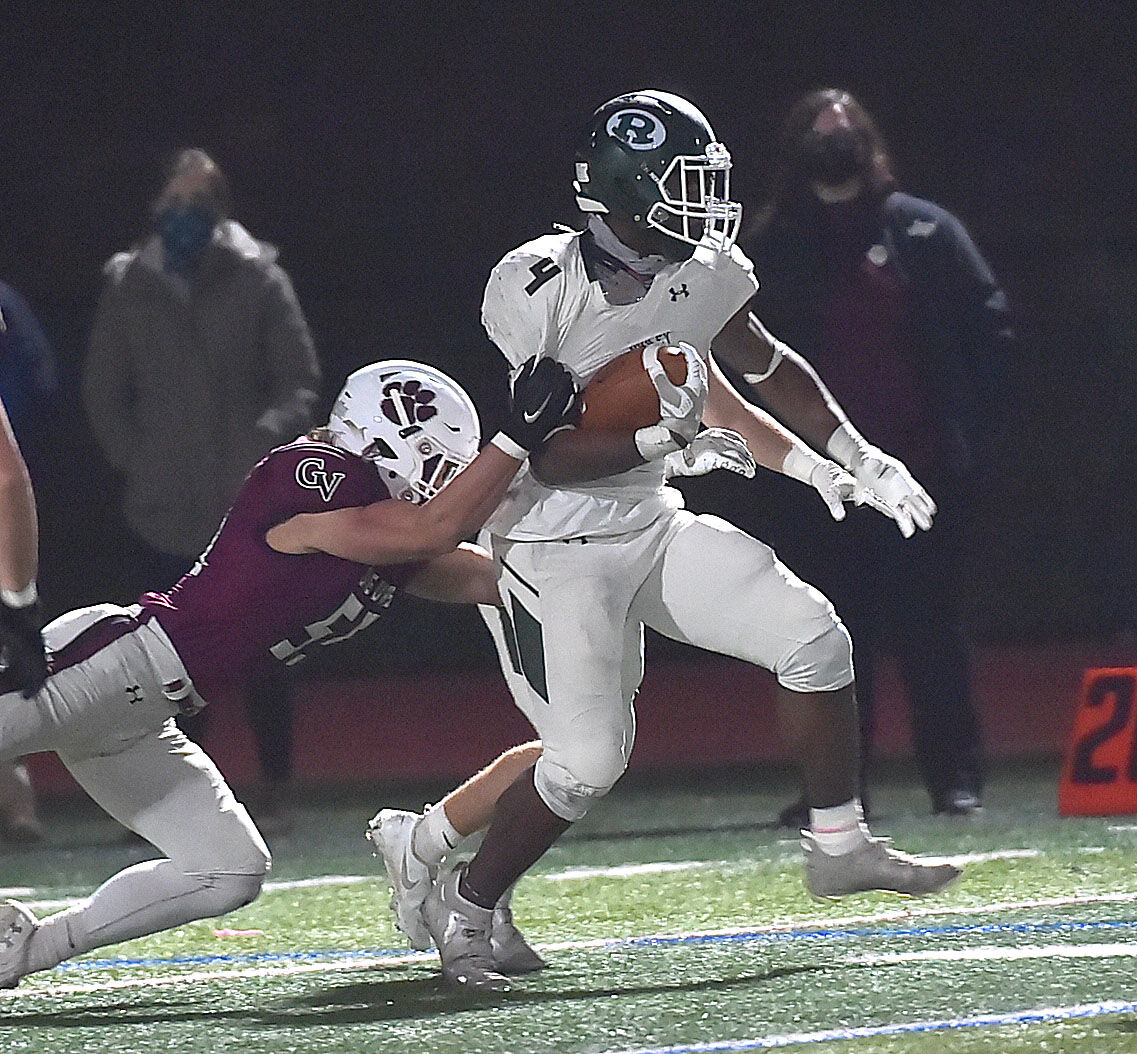 RIDLEY TOWNSHIP — After giving up a combined 77 points and 741 total yards, and forcing just two turnovers in back-to-back losses to Haverford and Garnet Valley, Ridley’s Jack Willis knew the Green Raiders had to come up with a much better defensive performance against Harriton Friday night at Phil Marion Field.

When the senior defensive back had a chance give the Raiders a spark, he took it.

Willis’ interception on the second play of the game ignited a dominating defensive effort that powered the Green Raiders to a 64-0 victory over the Rams. Willis returned the pick, his second of the season, 24 yards to the Harriton 8-yard line. Two plays later Owen Bosak scored from a yard out and the rout was on.

“After the last two weeks we wanted to come out with more intensity and show what Ridley football is all about,” Willis said. “And coming out and getting a turnover on the opening drive and then the offense scoring a touchdown in the red zone right away set the tone for the rest of the night.”

The Green Raiders (3-2) did not allow the Rams (0-5) to cross midfield until midway through the second quarter and that was a result of a 15-yard personal foul penalty against Ridley. The Green Raiders has six tackles for loss, which included a quarterback sack, in the first quarter alone, and forced two more turnovers in the second quarter, a fumble and an interception by Dean Contant.

“In the last two weeks we didn’t play real good defense in the air or on the ground,” Ridley coach Dave Wood said. “So to come out the way we did on defense and give the offense good field position are all positive things for this football team. We’re just trying to get better each play and each week.”

The Green Raiders had good starting field position all night and scored on their first seven possessions. Bosak scored twice. Gavin Kingsborough had a 17-yard TD jaunt and finished with 117 yards rushing on just eight carries, five of which went for double-digit yardage.

Paul Jackson, John Heller, John Galle and Stephen Gerace also scored. A calf injury kept leading rusher Tahir Mills from getting a carry, but the junior helped open up a 35-0 lead after one quarter by taking the first one 40 yards and the second 38.

Harriton was playing its second game in three days and third in an eight-day span. The Rams dropped a 42-20 decision to Lower Merion Wednesday and fell to Penncrest five days earlier. Yet the Rams drove to the Ridley 7- and 1-yard lines in the second half, only to come up empty.