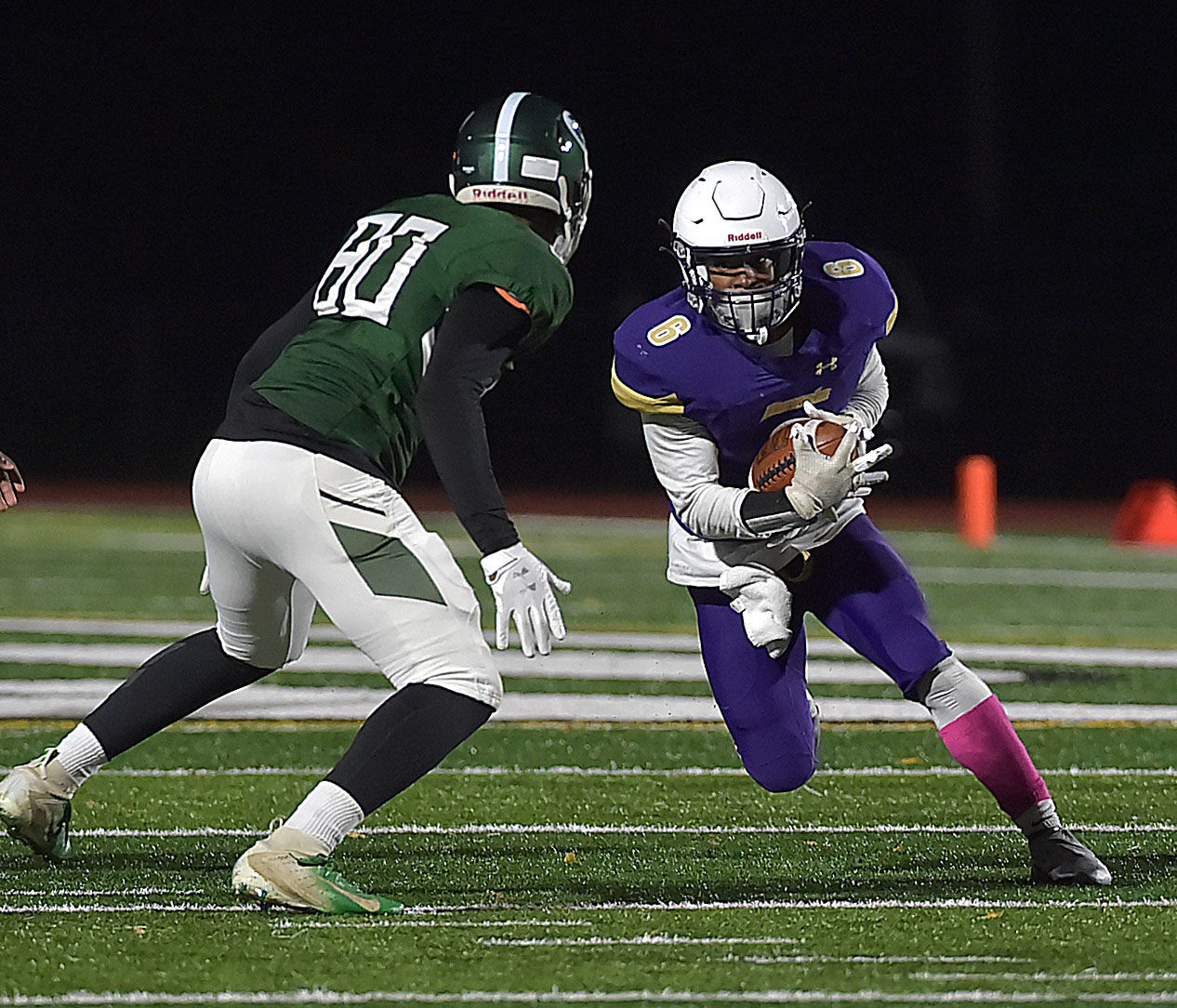 It was the first field goal of Amatucci’s high school career.

“I had the angel on my shoulder,” said the 5-foot-9, 170-pound kicker. “I felt very confident in Jacob Marriott, our long snapper, and I knew Darryl (Pollard-Farmer) was going to hold it well, and I was going to finish it off. I just booted it up there, it went through the uprights, and then I ran to the other side of the field and celebrated with our team.

“The ending was stressful but a lot of fun,” Barr said. “We have so much respect for Conestoga, they’re a great team, and a well-coached team. Luckily, we made a few plays at the end. I was just really pleased with how our guys stuck with it, stayed together as a team. Our guys hit a few roadblocks earlier in the game, but they stuck with it, offensively and defensively.”

The Royals (2-3) scored first, on a four-play, 58-yard TD drive in the middle of the first quarter. Quarterback Donte Shaw hit junior Lucas Venuti on a pair of short passes, and Pollard-Farmer finished it with a 35-yard touchdown run up the middle.

“It was just good vision by Darryl, and good first- and second-level blocking by our guys,” said Barr.

“When I saw the hole open up right up the middle, I just said, ‘Oh yeah,’” a smiling Pollard-Farmer said. “Our o-line has been working and working, and getting better every week. Josue Denis, Pat Kerwood, and Shaq (Shaqib Salahuddin), our center, played a great game. Pat Kerwood’s blocks helped me score both touchdowns tonight. This was a gritty game.”

The Royals’ 6-0 lead held up until late in the second quarter, when Conestoga’s Michael Brosso intercepted a pass and the Pioneers (1-4) began an eight-play, 50-yard scoring drive. Peter Detwiler hauled in an outstanding 34-yard pass reception against tight coverage, then quarterback Michael Costigan plunged in from the two on fourth-and-goal. DJ Penske’s extra-point gave the Pioneers a 7-6 lead at halftime.

That 7-6 lead held until the fourth quarter, when Pollard-Farmer broke loose again on a 35-yard touchdown run on a trap play, giving the hosts a 12-7 lead with 11:03 left.

Following a three-and-out by Conestoga, Upper Darby got the ball back and used up clock with seven consecutive running plays (six by Montez Ellis) totaling 38 yards and three first downs. But the drive fizzled at the Pioneers’ 30, and the Royals punted.

A couple of UD penalties gave the Pioneers the ball at the 50, allowing Costigan to get creative. On 4th-and-8, he scrambled for a key first down. On 3rd-and-15 at the 32, he connected with Patrick Reilly down the middle for a touchdown to give the visitors a 13-12 lead with 1:23 left.

A short kickoff and a 15-yard penalty against Conestoga gave Upper Darby the ball at the Pioneers’ 46. Shaw hit Marriott for an 8-yard gain, ran Ellis up the middle for six, then Shaw ran for six to bring the ball to the Pioneers 26 with 11 seconds left.

Shaw hit Pollard-Farmer down the right sideline for a 20-yard gain, allowing Amatucci to trot on for the game-winning field goal, the ball sailing through the uprights as the clock expired.

Conestoga senior captain Michael Brosso had two interceptions, both in the first half.

“Michael played the game of his life tonight,” Conestoga coach Matt Diamond said. “He prepares so hard every week. He makes some great reads out there, and this was a great last game for him. I’m so proud of him.

“This was a tough way to end the season, because throughout our season, in games against Ridley, Haverford, some really good opponents, I thought our kids showed some great resolve. And I thought they showed resolve tonight when we got the ball with five minutes to go and drove down the field to score.