MOORE: It’s time for PIAA to be the bad guy on winter sports 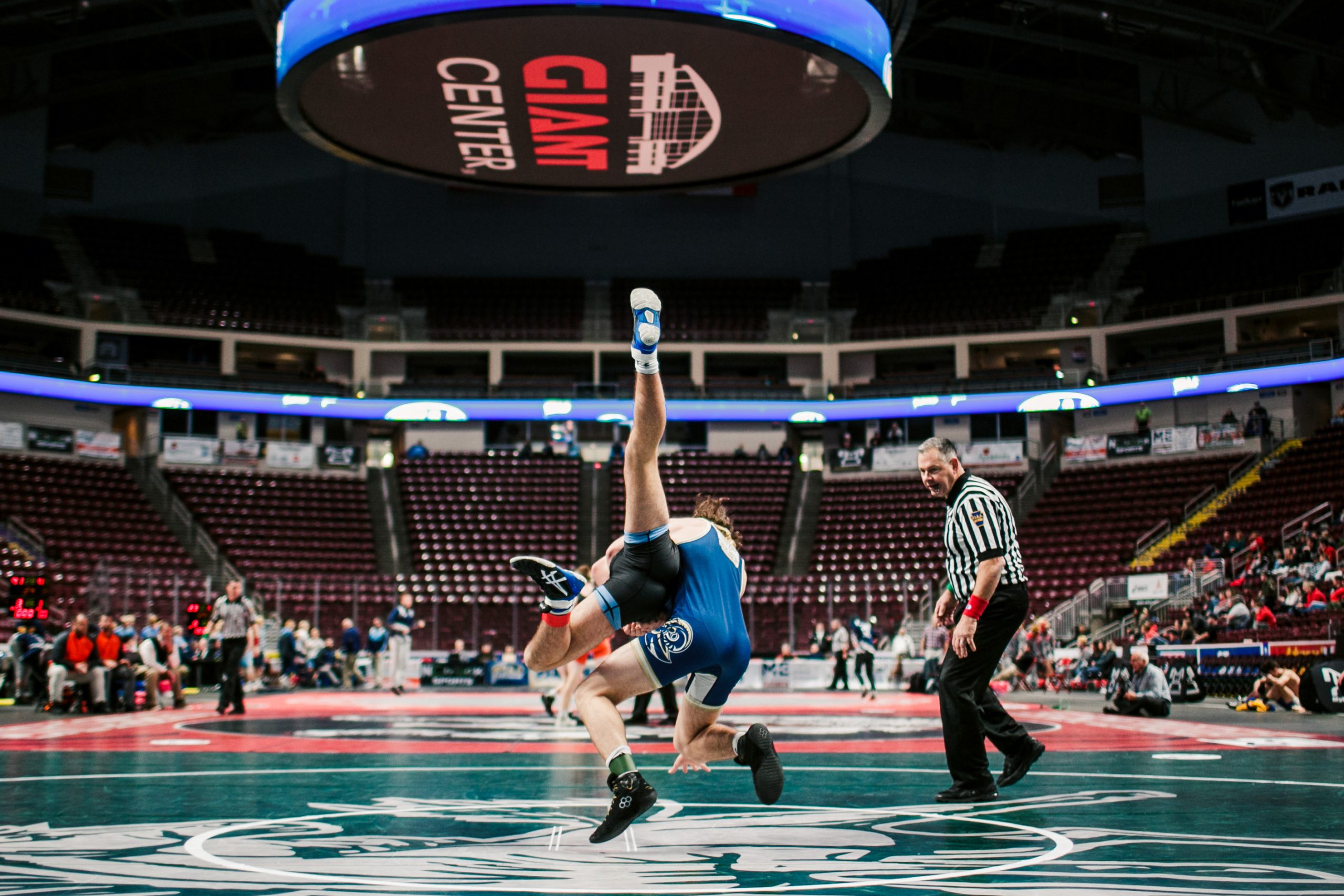 Youth sports are usually best when adults stay out of the way. Even in today’s polarized world, we should all be able to agree on that.

But for the first time in my 15-plus years covering high school athletics, it’s time to ask:

When we finally need them most, where are the adults in the room?

Some of those adults briefly came out of hiding on Wednesday, when the PIAA — which governs nearly all high school athletics in the state — held another aimless meeting, just two days before practices for basketball, wrestling and swimming are officially slated to begin.

And just like in the fall, the meeting’s approach to winter sports can be summed up by the “shrug” emoji:

“You guys are on your own.”

Other than approving a few minor wrestling guidelines, there was no real guidance about winter sports amid a pandemic that is ravaging the nation and coming hard and fast for Pennsylvania. Oh, and they said they’ll “discuss” winter sports at the December 9 meeting.

There were no decisions or real suggestions for the nearly 600 high schools in the state who are trying to keep their students safe.

It’s just another example of the leadership vacuum that has plagued the country during this unprecedented crisis.

That absence of leadership creates a danger aside from the virus itself. The one thing every teacher has warned us against since the first day of kindergarten: Peer pressure.

My kids see friends having birthday parties and wonder why they can’t go. I see neighbors having cookouts and have the itch to host one myself. Schools bring in full classrooms of kids, and I watch mine learn through an iPad.

In our own homes, we’re sifting through half-measures, interpreting recommendations that change by the day, and watching leaders more concerned with re-election.

In the debate over high school sports, superintendents and school boards are left in the same boat: Piecing together suggestions and trying to come up with a plan that keeps their communities safe.

“We’re not health experts in my office,” said Unionville athletic director Patrick Crater on Tuesday. “We are an athletic office that loves to support kids however we can. I can tell you that in times of uncertainty, we all look to our leaders and we look for leadership. And we hope that our leaders will be there to help us through these times of uncertainty. So there are people looking at me for leadership and guidance, and people I’m looking at for leadership and guidance.”

Like the PIAA board members who met Wednesday, Crater has the best interests of student athletes at heart.

But unlike Crater and his fellow athletic directors, the PIAA board members are not everyday figures in the communities they serve. They are not sharing grocery store aisles with angry wrestling parents, or running into bitter basketball coaches at the playground.

So it’s long past time for them to stand up and be the collective bad guy.

I’m not even advocating for the PIAA to cancel the winter season outright. But it needs to make a decision. These are officials from all over the state. Many have seen COVID issues up close, while others believe the whole thing is overblown. But they need to come together as a group.

Postpone everything until January and reassess. Dictate that only league games can be played. Push back the start of winter practice until these insane case counts come down.

Do something. Do anything.

Don’t leave this on the shoulders of superintendents, school boards, principals and athletic directors who are so understandably vulnerable to the peer pressure that is crippling us at every level in 2020.

In the fall, every school in the area, at one time or another, decided not to play fall sports, or at least put them off. But as soon as one school said it was playing, so did its neighbor. Then the rest of the league. Then the neighboring county.

In the end, only about 10 District 1 schools ended up sitting out the fall.

And once they were playing, that wasn’t enough. Suddenly it was about playoffs and trophies and championships. And now we’re in a place where, at worst, a state champion may be decided by forfeit. At best, teams are traveling hundreds of miles across the state for playoff games.

Everyone is thrilled that so many athletes got to play this fall, and that high school sports did not directly lead to any outbreaks that we know about. And if we can get through another 10 days or so, we’ll have champions in every sport.

But “it worked in the fall” doesn’t work now. In September, case counts were low and everything was outdoors. The experiment succeeded, for the most part, by avoiding locker rooms and small spaces, and shutting things down at the first sign of trouble.

That window is now closed. Winter sports are played indoors. None are inherently isolated like golf, tennis or cross country. Basketball encourages close contact on every possession, without helmets, shields, and metal facemasks. In wrestling, the spread of infectious disease is a concern in a normal year, let alone amidst a raging pandemic.

I’m not a medical expert, and neither are the PIAA board members. But they have chosen and embraced their roles as leaders. And by passing the buck, they are hanging constituents out to dry, and putting the weight of the world on superintendents and school boards who should be focused on classroom education, but are now avoiding friends and neighbors out of fear.

The anger I have personally seen after prior columns and tweets on this issue would make you blush. And that it is only a fraction of the hate spewed toward superintendents, volunteer school board members, principals and elected officials.

So it’s past time for someone — or in this case a group of someones — to stand up and take that bullet.

“I would encourage the PIAA to support its schools by giving some sound guidance,” Crater said. “Given the circumstances, knowing that we’re in a pandemic and cases are rising rapidly, but also knowing that sports are good for kids, especially in a time of isolation during the cold dark days of winter. Tell us clearly, what is it that we can give to our kids so they can be together and be well. I hope the PIAA takes all that into consideration and gives us some help.”

High school athletes view this as the best time of their lives, and I don’t blame them. These are kids who think they are invincible and just want to play.

But I have less sympathy for the parents who spew a kind of vitriol that they would be embarrassed to hear from their children. I know you wanted to watch your son’s senior season. I know your daughter has “worked so hard for this moment, she deserves it.”

Sports are just not that important. And that’s coming from someone who wouldn’t have a job without them.

You could even argue the PIAA shouldn’t have to make these decisions. But, when given a chance to defer, the PIAA went against Gov. Tom Wolf’s recommendation that no sports be played in 2020.

I won’t hold my breath that the PIAA will pick this moment to lead. But for the sake of good people like Pat Crater, and everyone who holds the health and safety of kids above all else, I hope I’m wrong.

Because whether we like it or not, none of us are on our own in the hellscape that is 2020.

Steven Moore is sports editor of The Daily Local News and an editor for Pa. Prep Live. You can reach him at smoore@21st-centurymedia.com. Follow him on Twitter @smoore11117.