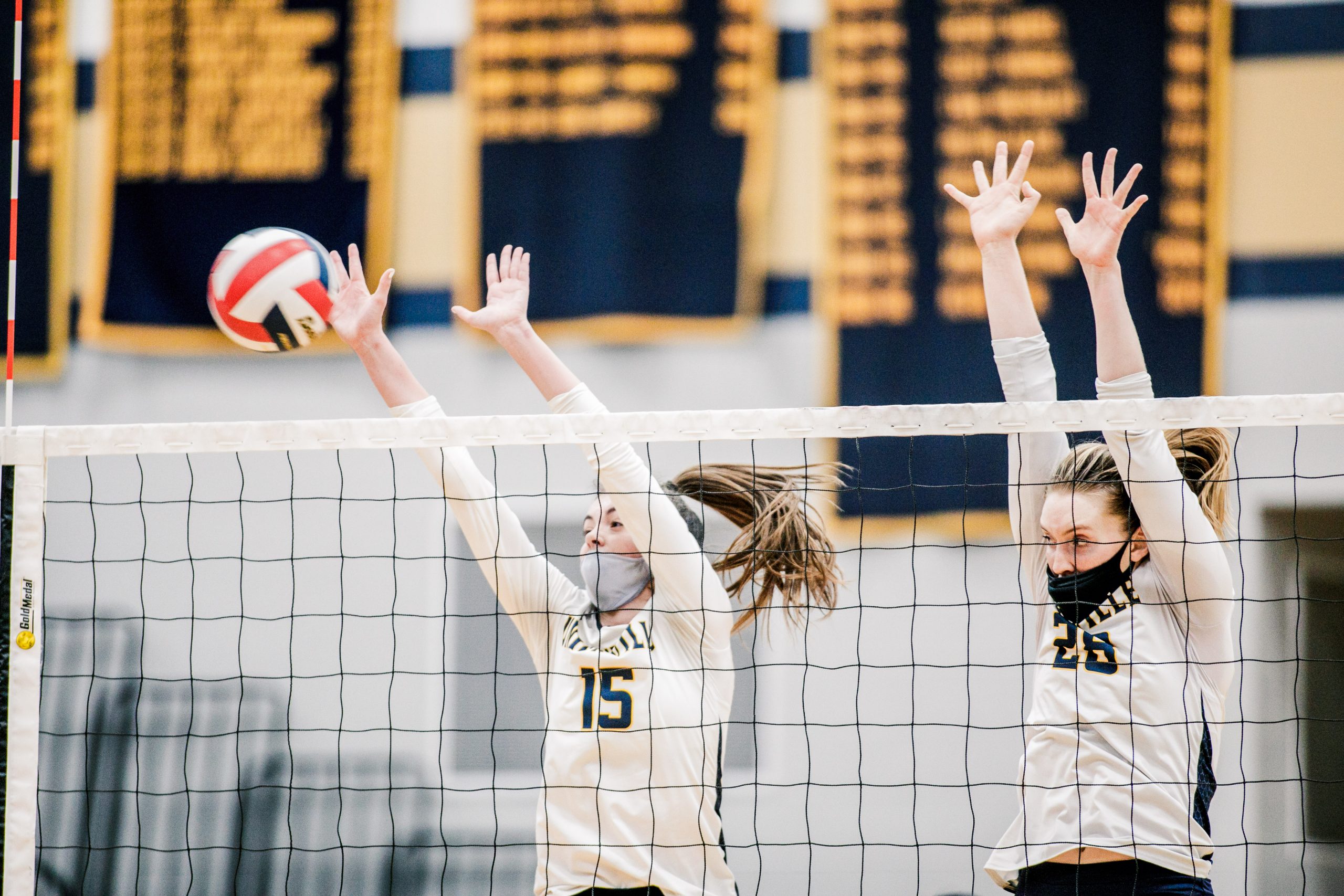 Tuesday night, Wiswall came through with flying colors once again, dishing out 36 assists as Unionville downed Parkland, 3-1, winning three close, hard-fought sets (26-24, 15-25, 25-23, 25-20) to advance to the PIAA Class 4A state championship final for the first time ever.

Unionville’s standout senior outside hitter Sophie Brenner, whose kills proved so valuable Tuesday night, said, “Ashlyn brings everything to this team. Not only is she athletic and a great setter, but she brings the best energy to the court. She’s so positive always and she has the best attitude.

“On the court, Ashlyn really brings us all together – she’s like the quarterback of our team. She has this ability to get everyone’s sets exactly where they need it. Ashlyn and I have such a good connection, and she has a good connection with all of our hitters. She always knows when to set, and who to set.”

The 5-foot-10 Wiswall also is valued for her versatility. In the first set Tuesday night, she made a key block to tie the score at 19-19, and with the score tied at 24-24, her well-placed tap over the net gave Unionville a 25-24 lead.

“Ashlyn’s our quarterback,” said Unionville head coach Stephanie Smith. “She runs our offense, and for her to figure out who the best person to set in any rotation, and then to mix it up and throw a tip-in and get a couple of those extra points, she’s absolutely essential [to us].

“Setters usually take a back seat and they usually don’t get the highlights and appreciation, but she’s a huge part of our team.”

After Parkland rolled to a 25-15 win in the second set, Wiswall and her teammates fought back for a narrow 25-23 victory in the third set. Wiswall set up Brenner, outside hitter Maddy Lowe, middle hitters Genna Weeber and Emily Harper and others for key kills, and her well-placed dink over the net midway through the set gave Unionville a 15-11 lead and a bit of breathing room that came in handy later on.

“As the setter, I try to keep a positive mindset for the entire game,” said Wiswall. “It’s exciting to be a setter on this team. Our girls can really hit, so in setting them up for kills, I feel honored and empowered.”

Unionville’s Ashlyn Wiswall celebrates after a point in the first game. (Nate Heckenberger – For MediaNews Group)

In the fourth set, Wiswall continued her standout setting in a 25-20 win, and Unionville is now headed to the PIAA 4A state championship final Saturday at Cumberland Valley High School. Unionville will face three-time defending state champion North Allegheny, who edged District 3 champ Hempfield, 3-2, Tuesday to advance to the state final.

“When our [final set] ended, I was so excited,” said Wiswall. “We’ve never come this far before in States. It should be a great game against North Allegheny.”

Originally a defender with the Sparks Volleyball Club through 8th grade, Wiswall became a setter as a Unionville freshman.

“Coach Smith wanted to utilize my height somehow,” said Wiswall. “My height allows me to play anywhere on the court. I can block, I can try to hit if needed.”

“I liked a lot of things about Ashlyn as a setter,” said Smith. “She’s always been a leader, she has a great attitude, and her height doesn’t hurt (laughs).”

Speaking of heights, Wiswall will try to set up the Unionville squad as it reaches for a new height – its first PIAA Class 4A state championship.