HECKENBERGER: COVID is story of season, but it’s the players who will redefine 2020 in our memories 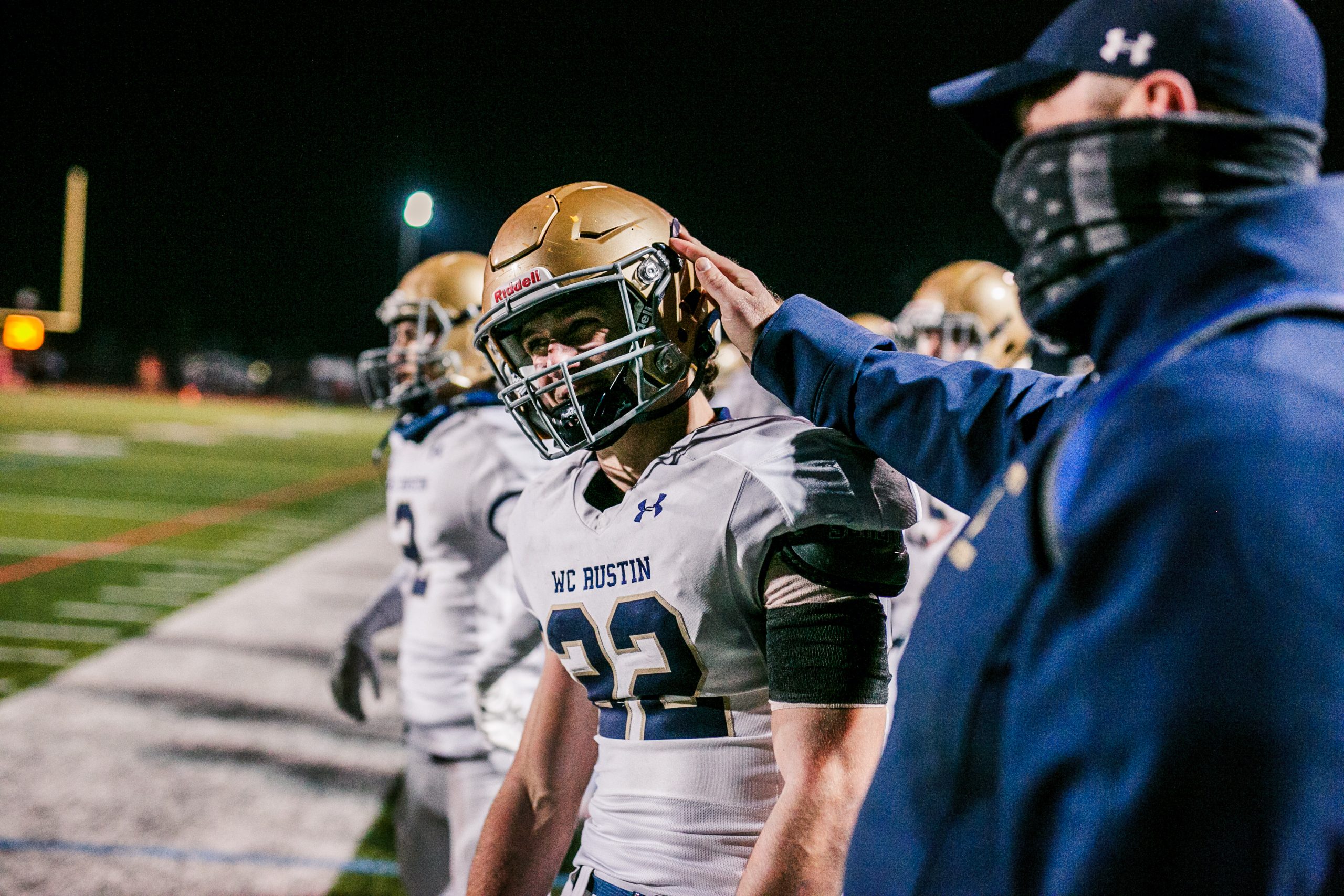 In the 2020 COVID-shortened football season, the postgame mantra was a stock consolation following a disappointing loss… but it did have some merit.

Global pandemic or not, this season had transition year for the Ches-Mont League written all over it.

Following a season where Downingtown West and Coatesville played in the District 1 Class 6A championship game, and one of the best senior classes in league history graduated, there was bound to be a lot of newness and adjusting around the league.

So, when St. Clair summed up his team’s loss to Upper Dublin in the 5A district title game, Friday, it wasn’t just an attempt at sugarcoating frustration, it was what everyone should try to do in 2020: find the silver lining. West Chester Rustin’s Dayshawn Jacobs looks for running room, but could not find much against Upper Dublin. (Nate Heckenberger – For MediaNews Group)

Sure, Upper Dublin won the 5A title after receiving a forfeit in its postseason opener, and the bracket was absent Unionville, as well as the Central and Del-Val Leagues. But there was football on Friday nights. That was the point of all this.

Because of that, we got to discover some names of the future.

Look no further than Rustin, who was even surprised at how junior running back Dayshawn Jacobs burst onto the scene. Jacobs, who had one carry for minus-one yard in the season-opener, finished the season with the second-most rushing yards in the league (677). For a quick random tangent, next year might be the year of the lefty, with Susi, Jenkins, Walsh and Talone all southpaws, and Rustin’s likely starter, Kolbe Freney, slinging it left-handed, too.

Back to more relevant matters, the 2020 season. There are still a handful of games to be played, but half a season was better than no season.

Had it never happened, Avon Grove never would’ve been able to upset Unionville for its only win of the fall.

Or Bishop Shanahan wouldn’t have been able to shake off an extra-delayed season and go 4-0, giving up just 14 points along the way.

Or Coatesville proving up to the challenge in the post-Ricky Ortega era.

Or a kid like Downingtown East’s Stanley Bryant being able to shake off a potentially serious injury and run for 137 yards and a touchdown in a rivalry win over Downingtown West.

Or West’s terrific junior trio — Drew Shelton, Will Mahmud and Ryan Waters — continue its progression, while senior Julian Williams got one last dance. Or Great Valley’s defense showing some signs of life.

Or Kennett’s two-year starter at QB, Sam Forte, getting a couple more starts in his third year.

Or Oxford’s Long showing some potential as a sophomore while leading the Hornets to their first win against Sun Valley.

Or Unionville knocking off Rustin, after a two-year losing streak, with junior, Ethan Bennink, establishing himself as a potent runner.

Or West Chester East’s Mitch Ragni setting the bar high as the Ches-Mont rushing champ, as a sophomore.

Or West Chester Henderson’s big group of seniors getting to end their careers on the field. Like Rustin’s loss to Upper Dublin, much of the 2020 football season stunk. With sparse crowds, rare bands, half the games and embarrassing postseason brackets, it just wasn’t great.

But the kids got a chance to play. They got a chance to compete and improve, and also grow interpersonally and find some normality in the most bizarre year of our lives.

The seniors deserved to end things on their terms, and the underclassmen deserved to see their hard work start to pay off.

The players “won the season,” and those those families and programs got a season to remember, and gave all fans a reason to be even more excited come August.

Nate Heckenberger covers high school football for The Daily Local News and Pa. Prep Live. You can reach him at nateheckenberger@gmail.com. Follow him on Twitter @nheckenberger.