GEOGHEGAN: Brenner makes sure her Unionville career lasts at least one more day 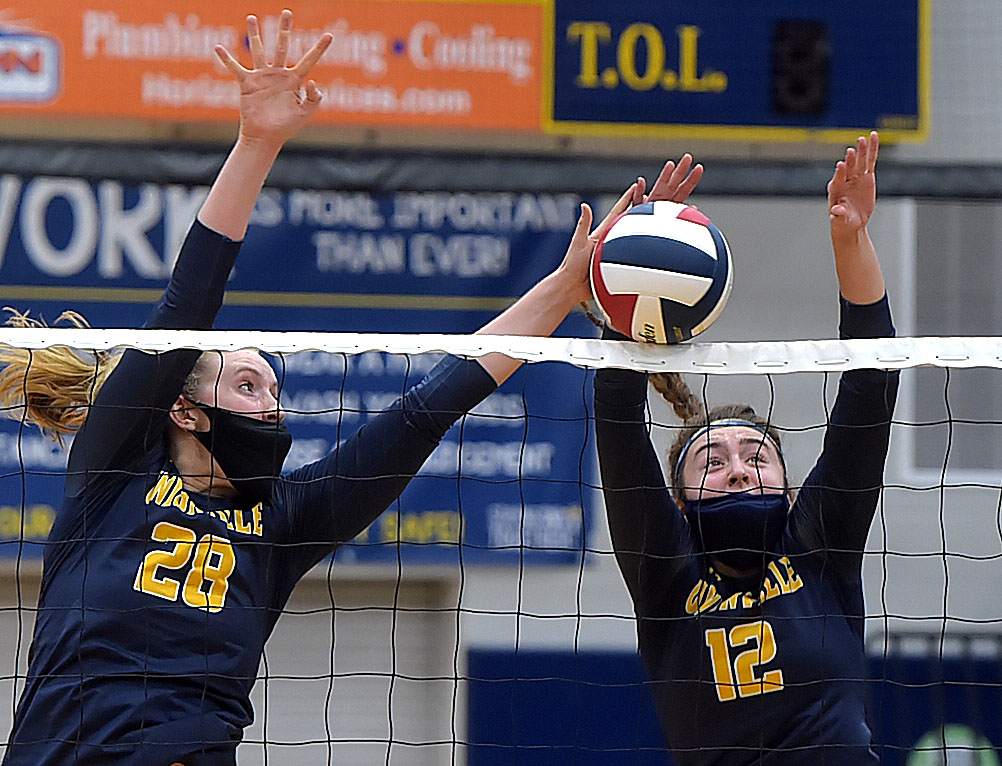 On Monday, in perhaps the biggest moment of her high school career, Brenner knocked down 29 big, powerful exclamation points to lead UHS to a tense 3-2 triumph over Ches-Mont power Bishop Shanahan.

It came in the District 1 4A semis and powers top-seeded Unionville into the title game on Wednesday to face either (3) Council Rock North or (15) Upper Dublin.

“This means everything,” Brenner said. “I am so honored to be on this team. We are rivals, so beating Shanahan means the world to me.”

The team MVP every season since her freshman year in 2017, Brenner has been leading the way as Unionville has been trying to catch up to Shanahan, a program that’s captured 13 league titles and eight district crowns in coach Greg Ashman’s 17-year reign.

“This time it definitely felt more real and it feels even better,” Brenner said. “I am just so proud of the way my team stuck together.”

The rematch was much more intense, with longer rallies and fewer unforced errors than the previous regular season meeting on Oct. 28.

“It was two high-level programs playing very high-level volleyball,” Ashman said. “And it came down to 18-16. You can’t ask for a closer match.”

And if a berth in the district title game wasn’t enough, the stakes were actually ‘do-or-die.’ Thanks to the coronavirus, only the district champ advances to a scaled down PIAA Tournament. That means that despite an 8-2 mark – and being the only team to so much as take a set from Unionville – Bishop Shanahan’s season is now over.

“You look at the field left (in the state) and there probably aren’t many teams that are going to be able to compete with these two teams,” Ashman said. “It stinks, but it is what it is.”

Afterwards, Brenner acknowledged that the unique scenario put added pressure on everybody, but that she and her teammates used it for motivation.

“We want to keep playing,” she said. “We didn’t want this to be our last time together.”

Unionville head coach Stephanie Smith has a deep and talented team. Senior Ashlyn Wiswall may be the most unsung standout setter in the district. And she has the option to deliver passes to proven junior middle hitters Emily Harper and Genna Weeber, and sophomore outside hitter Maddy Lowe, who may be the squad’s next standout.

But Brenner is clearly the star. On Monday, she registered nine kills and two blocks in the epic opening set, and delivered the last five points for Unionville to close out a tense marathon.

“She is a huge part of our team,” Wiswall said.

“Sophie gets us motivated and everybody else rallies around her,” Smith added. “She is a great captain, and she’s very dependable.

“If we need that ball to go down, she is going to be the one to do it.”

It was absolutely no coincidence that Unionville turned to Brenner often, and in just about every important moment on Monday. Unionville has been doing that for years, but now even more so.

Brenner added 10 kills in set No. 4, and then added seven more in the fifth, including a bomb that put Unionville ahead for good, breaking a 16-16 deadlock in the process.

When asked about her ability to take over a match, Brenner said: “It’s not really a conscious thing.”

Brenner started playing volleyball nine years ago, and even though she played other sports, volleyball has always been her favorite. She’s been a first-team All-Ches-Mont selection since her rookie season and entered 2020 as the state’s 26th ranked player and 85th nationally by MaxPreps.

Brenner earned all-state recognition in 2019 and was named to Under Armor 2020 All-American watch list.

“Sophie is a real leader on the court,” Wiswall said. “If we get into a funk, she gives us a little speech, and then she just pounds a few down. She is very inspirational.”

Brenner has already committed to play Division I college volleyball at Loyola (Md.).

“Sophie is a phenomenal player,” Ashman said. “She is certainly one of the best in our district, for sure. When she goes to take over a game, she just hits the ball harder and harder. It’s tough to stop.”

Neil Geoghegan is a staff writer for Pa. Prep Live and the Daily Local News. You can reach him at ngeoghegan@21st-centurymedia.com. Follow him on Twitter @NeilMGeoghegan.