In an instant, Jahmir Dixon sends Radnor to a victory over Penncrest 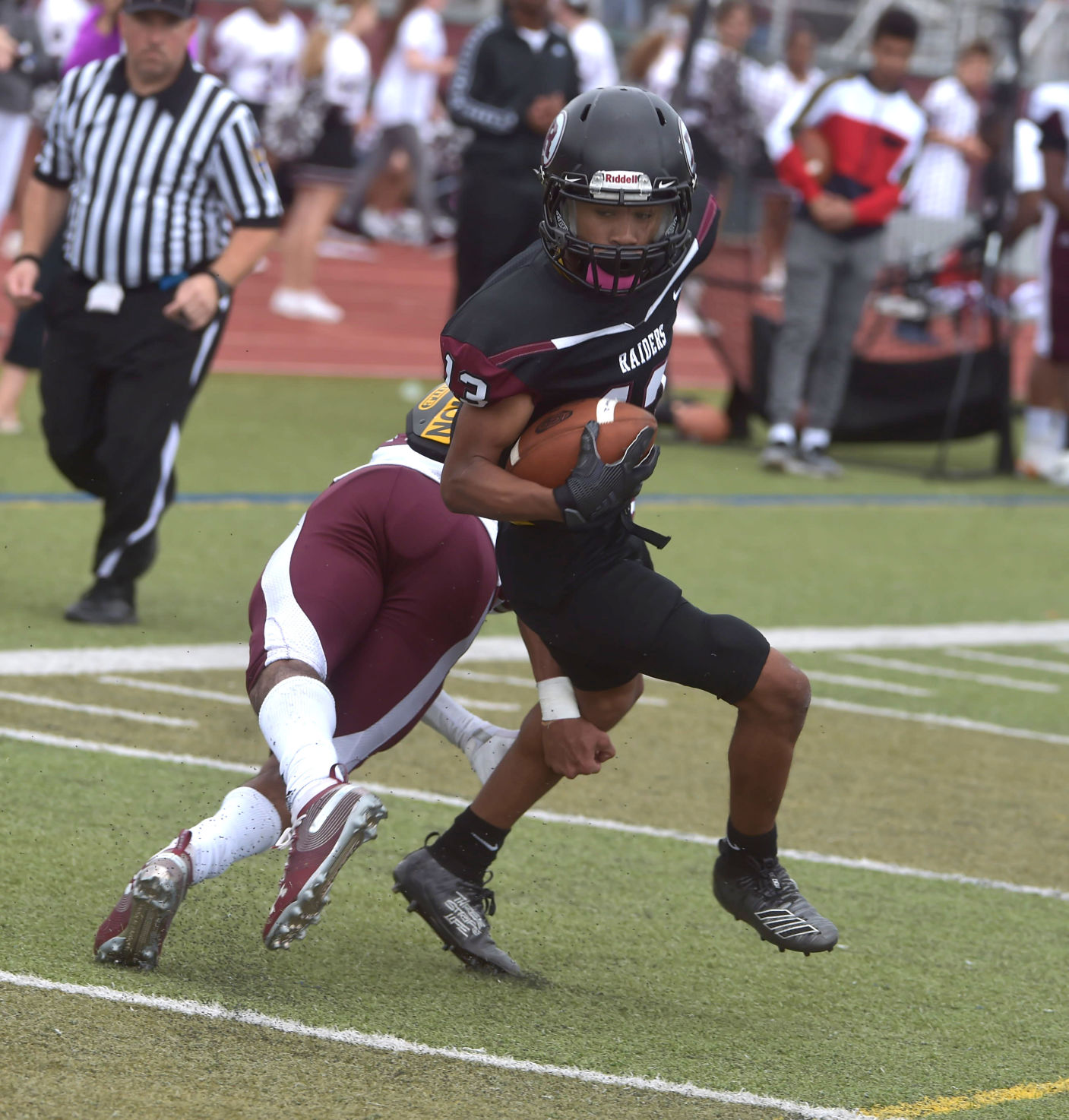 RADNOR — Through one difficult opening game and then through a frustrating half Friday night at Prevost Field, the Radnor football team maintained one sturdy strain of faith.

Eventually, the Raiders knew, Jahmir Dixon would make the difference.

So it was in a 28-6 victory over Penncrest that Radnor overcame a sluggish first 24 minutes before Dixon struck an immediate chord for the second two-dozen. On the second play from scrimmage in the second half, the All-Delco receiver created separation down the left side and accepted a 78-yard touchdown pass from J.P. Moreland to give Radnor its first lead.

From there, everything started to flow.

“We came together as a team,” Dixon said. “The first half, we came out slow. And we just got together at halftime and said, ‘We’ve got to get this win.’ We did not want to go out without a win in our last game at Prevost. We just said we needed to make a change, and we did.”

Though Radnor trailed, 6-2, at halftime, they knew they were suppressed by 97 penalty yards. The quick strike to Dixon settled most of their concerns.

Penncrest was crisp early, taking a 6-0 lead on a one-yard run scoring run from Brennan Kaut, who would rush for 76 yards. The only first-half Radnor score came on a safety, Kaut dropped in the end zone after chasing down an errant snap from the punt formation.

But Dixon was too much in the second half, using a 41-yard reception to but Radnor in business at the two. From there, Belveal would provide one of his two touchdown runs.

Already having unloaded a 53-yard first-half run, Belveal added a 49-yard burst on a fourth-quarter fake punt, setting up his nine-yard touchdown run with 4:47 showing. By then, a 32-yard pick-six from Dixon, and the first of two Matt Liotta placements, had staked Radnor to a 21-6 lead.

“It was a really good football game,” Radnor coach Tom Ryan said. “I thought I made a lot of mistakes on both sides, but we figured it out at half and we’re just happy to have the win.”

“We kind of got punched in the face last week, and it was eye-opening for our group,” said Lions coach Ryan Smith, of an opening-week loss to Springfield. “Tonight, we came and competed, but we just didn’t execute.

“I thought we took some small steps tonight. But we have to take some bigger ones.”

Much of Penncrest’s struggle was a function of a deep Radnor defense, which enjoyed three sacks from Gavin Holz, a strip fumble from Belveal from his linebacker spot, and meaningful plays from Amir Byrd, Joe Scheri, Reece Evans, Thomas Hannum and Donte Hopson, among others.

“We knew, as seniors, this could have been our last game on this field,” Belveal said. “No one wanted to go out with a loss. So at halftime, we got together and said, ‘We have to end this right here.’”

It barely took an instant.

Heller airs it out, Ridley flies by Upper Darby
On the ground and on defense, Garnet Valley dominates