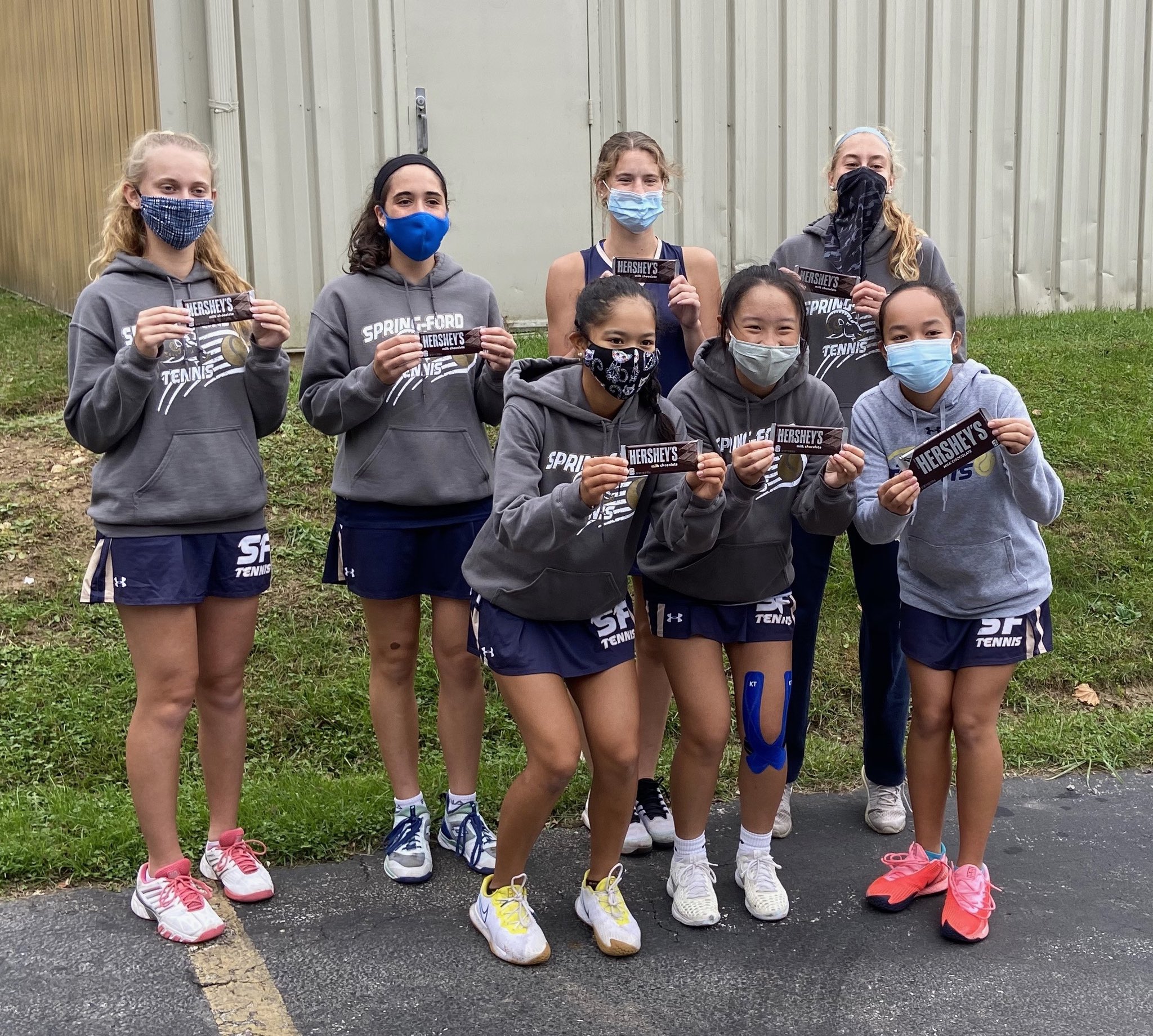 Spring-Ford 5, Cardinal O’Hara 0 >> The Rams cruised to a victory over the District 12 champs in their first match of the PIAA Class 3A tournament on Wednesday, advancing to the Saturday’s state semifinals against District 11’s Southern Lehigh (11-1) at noon in Hershey.

Owen J. Roberts 2, Upper Merion 1 >> The Wildcats responded to the Vikings’ early score by hitting for goals in each half, securing the victory in Wednesday’s non-league pairing of PAC member schools.

Robbie Gambone came up with the equalizer for OJR at the 17:42 mark in the first half, and Pierce Marks produced the ultimate game-winner off a P.J. DePorry assist 35:26 in the second. Sam Schwartz got UM on the scoreboard with 31:55 left in the first half.

Andrew Keddie had two saves in goal for an Owen J outfit that outshot its guests 6-4. Nate Dallas had a three-goal outing for the Vikes.

Pennsbury 5, Phoenixville 0 >> Ella Stout made 11 saves in the Phantoms’ loss on Wednesday.

Methacton 4, Boyertown 1 >> With Lily Dewan figuring in on three of their goals, the Warriors handled the Bears in PAC action Wednesday.

DeWan scored at 1:50 in the second quarter while assisting on Bayla Plower’s game-opener at 8:39 in the first quarter, and Bene Catoia’s game-capper 12:01 into the fourth. Alexa Kratz had Methacton’s other goal, aided by the first of Jess Serafin’s two assists.

Boyertown got its point from Lauren Eves in the first quarter, and 11-save goaltending from Sarah Yoder. Methacton had an overwhelming 13-2 advantage in corners.

Nina Scott added a score and an assist, and Maddie Friend and Julia Corropolese both chipped in goals and Alyssa Mozi added an assist.

Justine Fretz scored off an assist from Lu O’Neill for the Falcons. Pottsgrove goalie Makenzie Johnson made 16 saves, while Rams’ Mackenzie Savage saved one shot.