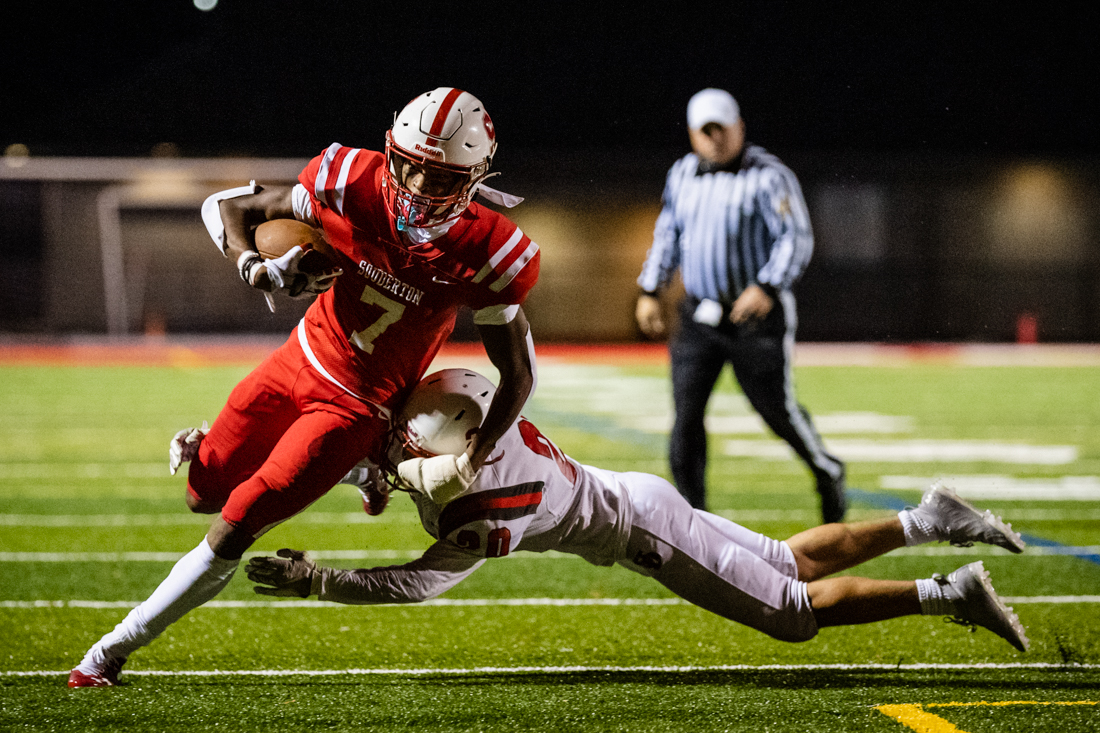 Offensively, quarterback Rocco DiRico got it done through the air, completing 17-of-21 passes for 254 yards and a touchdown. Justin Kormos accounted for seven receptions, 119 yards and the score while Boyd Skarbek reeled in a 53-yard grab.

Defensively, PJP didn’t allow any points over the final 26:32 of the game. After Upper Merion took a 14-12 lead late in the second quarter, the Golden Panthers took a 20-14 lead into halftime and won the second half, 30-0, to score the final 38 points of the game.

Special teams also got involved, with Kese Williams returning a kickoff 79 yards for a touchdown.

Souderton stays perfect >> The Indians improved to 4-0 Friday night when they beat Hatboro-Horsham, 36-13.

Jalen White ran for three touchdowns, scoring from 48, 34 and 31 yards away. Braydon Porter also ran for a touchdown from 19 yards out and Elijah Goods returned a fumble for a score.

Souderton secured at least a share of the Suburban One League Continental Conference championship with the win. Big Red can claim the outright title with a win over 0-4 Bensalem in the regular season finale Friday at 7 p.m.

Wood gets defensive >> Archbishop Wood recovered three fumbles — two of which were returned for touchdowns — and grabbed an interception in Saturday’s 28-7 Philadelphia Catholic League Red Division win over Roman Catholic.

The Vikings (2-0) built a 21-0 lead in the first quarter. Luke Shaeffer connected with Ryan Woertz for a five-yard touchdown to get the scoring started. After a fumble was returned for a touchdown, Shaeffer ran for a one-yard score to extend the lead to 21-0.

Roman scored to make it 21-7 in the second quarter, but that’s as close as the Cahillites would get. The 14-point lead would last until the fourth quarter, when Wood’s Rob Jackson returned a fumble more than 90 yards for a touchdown to extend the advantage back to 21, 28-7.

Upper Moreland’s SOL American title chase >> Upper Moreland looks primed to win the SOL American Conference after starting the season 4-0. The Golden Bears have two games left on their schedule — a non-league game against Quakertown and an SOL American showdown with Wissahickon, which is 2-0 in league play.

“We’re in great shape. I don’t feel like there is a team that can stand with us as long as we come to practice every day and work hard.”

The Golden Bears finished fifth in the league in 2019 with a 2-4 record.