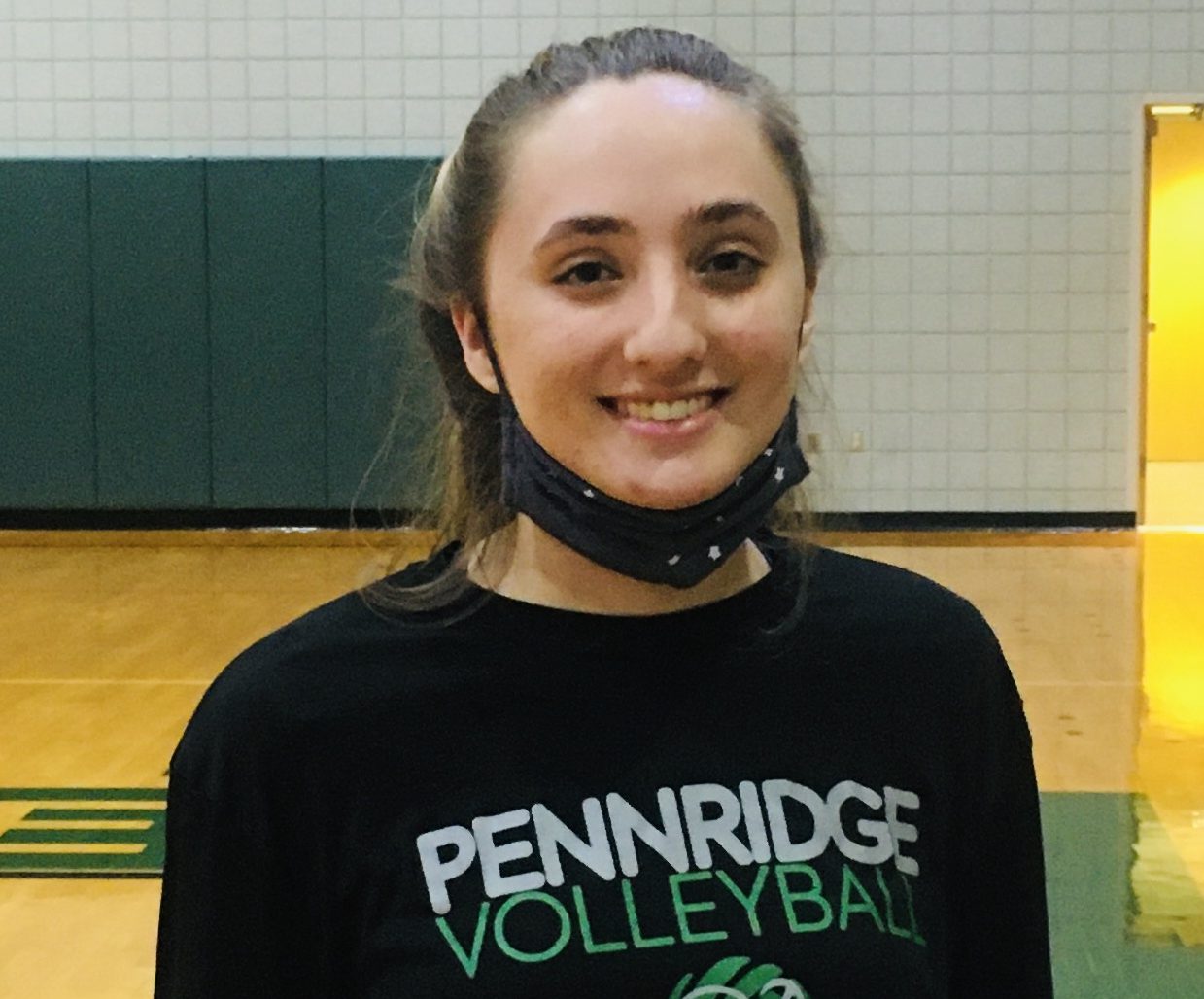 Julia Post, one of nine seniors for Pennridge, was key in the Rams' regular-season finale win over Central Bucks East on Tuesday, Oct. 28, 2020. (Kev Hunter/MediaNews Group)

EAST ROCKHILL >> Earlier this year, due to social distancing, the Pennridge girls volleyball team played in front of an empty gym.

Every now and then, however, the Rams could hear a few bangs on the windows up above, as spectators watched from the hallways, looking down on the court below. On Tuesday night, Pennridge got to play in front of its home crowd, and served up a perfect finish, defeating Central Bucks East 3-0 to cap a 13-0 regular season.

“I couldn’t ask for anything better my senior year,” said middle blocker Julia Post. “It’s crazy. I never thought this would happen. I’m so happy for the whole team.”

“We’re pulling through in tough situations,” said coach Brandon Johnson, who directed the Rams to a perfect 12-0 run through the Suburban One League Continental Conference. “They played calm. No matter what the circumstances, they play calm. They know they can win.

“They just believe. And slowly but surely, they come back and win.”

Pennridge can now get ready for the district playoffs, which start Monday. The Rams are likely to get a No. 2 seed.

Pennridge overcame deficits in each of the sets and put in a little extra to get the first-set victory against the Patriots.

Pennridge closed out each set in commanding fashion, but would like to get off to better starts and play more solid throughout.

“(The way they finished) is testament to them but we have to clean things up and get better for the first round of the playoffs,” Johnson said. “We try to teach them to be the smarter team at the end of the set.

“So, slow your brain down a little bit and let the skills that you have do the work. They’ve done a good job with that most of the time. When they had those tight moments, they seemed to thrive on them.”

Getting it done >> Isabella Cooper was a big presence for the Rams at outside hitter.”She was insane tonight,” Johnson said. “She was so efficient tonight. I don’t think they stopped her more than three times. She was mixing her angles and getting kills that we needed. She stepped up big time.”

And Rileigh Bowen, one of the Rams’ nine seniors along with Cooper and Post, was key at libero.

“She’s incredible back there,” Johnson said.