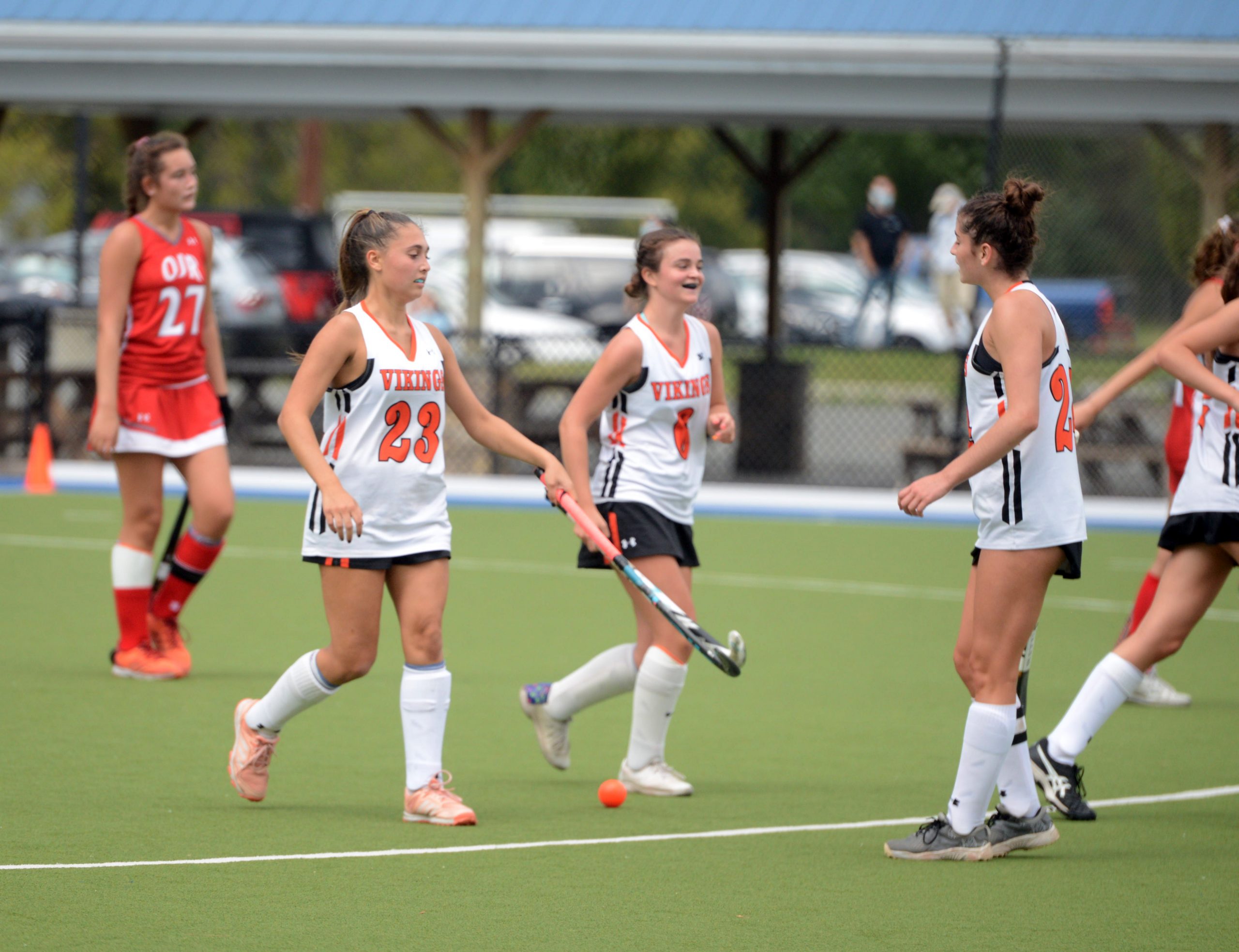 Upper Perk (8-1-2) and Methacton (7-1-2) are now tied in the loss column and would share the PAC title if they win their remaining games. Upper Perk faces Owen J. Roberts on Wednesday, while the Warriors complete their league schedule Tuesday against PV and Wednesday against Boyertown.

Mackenzie Savage made six saves for the Rams.

Boyertown’s Remi Lloyd scored a goal and Kyle Heffentrager recorded an assist for the Bears. Sarah Yoder made 10 saves.

Beaguard assisted on O’Brien’s goal in the 46th minute. Kendall Ricca picked up an assist on Beaguard’s goal in the 68th minute, and Murrayfinished the scoring by picking off a PV pass and finishing from 30 yards out.

Methacton goalkeeper Mairi Smith made five saves for the Warriors, while Riley Hill and Serena Davis combined for 7 saves for the Vikings.

The Warriors haven’t lost in their last six games, going 4-0-2 during that stretch.

Hailey Bond, who is playing for injured starting goalie Gina Marinelli, made nine saves in the rainy weather for the shutout.

Methacton 17, Upper Perkiomen 40 >> Warriors’ Molly Thomas took Monday’s PAC race with a time of 21:36 and was followed by three teammates at the finish line.