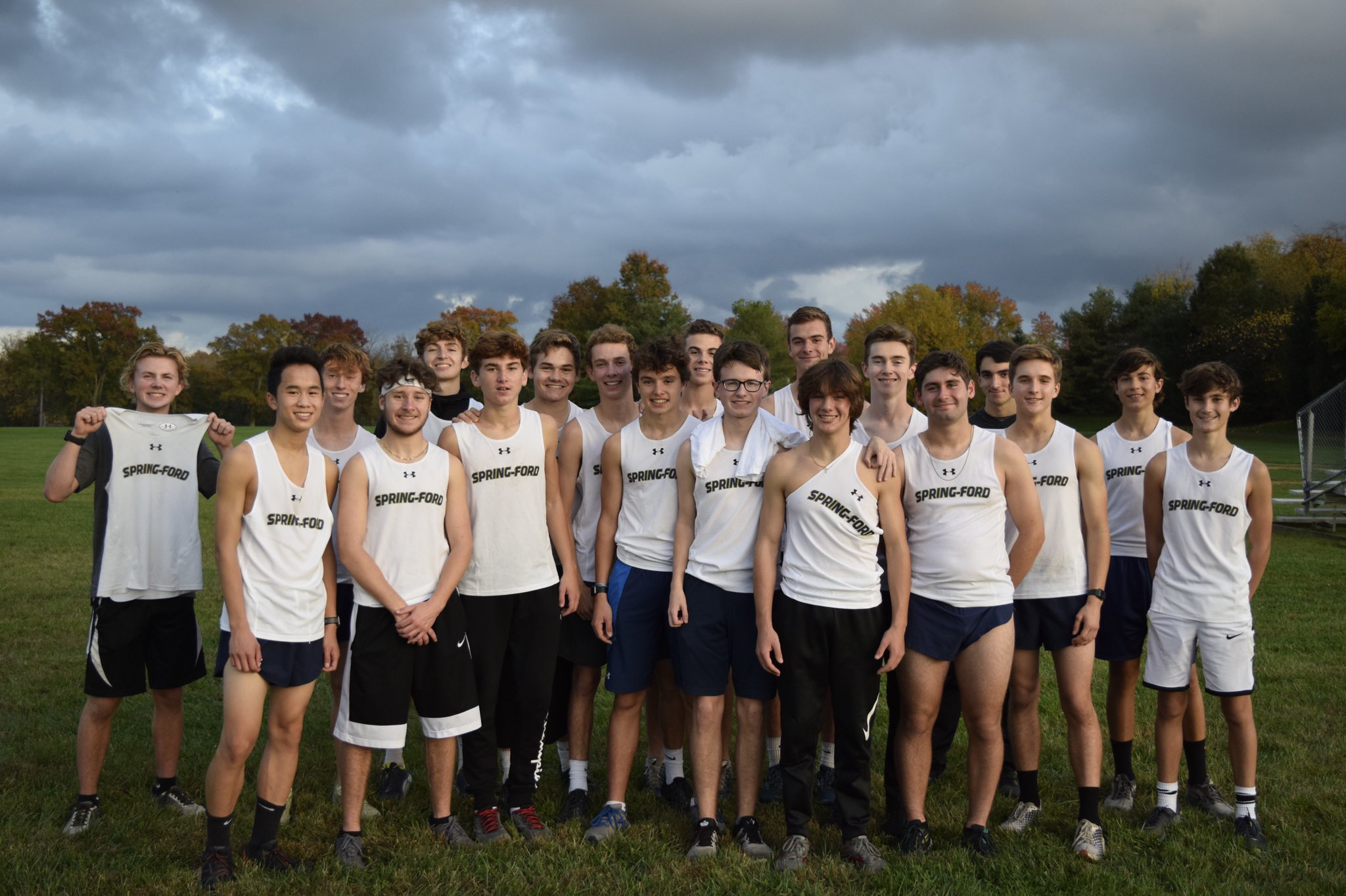 Spring-Ford 23, Methacton 32 >> The Warriors’ Vaughn Lackman was the top finisher, but the Rams took the next four spots on the way to winning Friday’s Pioneer Athletic Conference meet and completing a perfect 7-0 season to win the league title.

Lackman’s 16:54 clocking put him across the line three seconds ahead of Spring-Ford’s Quinn Smith (16:57). Liam Baker, Anthony Bamford and Andrew Carlin produced a 3-4-5 finish that helped the Rams (7-0) sweep the league’s dual meets and secure first place in the standings.

Perkiomen Valley 23, Boyertown 35 >> While the Bears’ Cameron Kratz scored the individual win, the Vikings placed runners in six of the next seven spots to claim victory in Friday’s PAC meet.

Upper Merion 15, Pottsgrove 42 >> In a PAC meet that included one Pottstown runner, five Vikings placed among the top six to win Friday’s meet with the Falcons.

Owen J. Roberts 20, Upper Perkiomen 36 >> Claire Zubey ran away from the rest of the field Friday as the Wildcats (6-1) completed a successful PAC regular season by topping the Indians.

Zubey finished more than two minutes ahead of the pack, her 19:37 clocking well ahead of teammates Grace Kratz and Abby Norton (both 21:49). Finishing fourth was UP’s Natalie Curley in 22:01.

Perkiomen Valley 15, Boyertown 50 >> The Vikings completed their sweep of the PAC Friday by handling the Bears.

Delaney O’Sullivan and Sienna Miller were a respective 21:12 and 21:14 for PV (7-), which placed runners in the first seven spots. The lone Top 10 finisher for Boyertown was Alyssa Albanese, eighth in 21:54.

Upper Merion 27, Pottsgrove 32 >> The Vikings were able to offset the Falcons’ top finishers in Friday’s PAC meet by sweeping sixth through 10th places.

Methacton 5, Pottsgrove 0 >> Alexa Kratz, Lily DeWan and Hannah Gerhart each figured in on two goals Friday, heading the Warriors’ offense in their PAC win over the Falcons.

The Methacton trio had goals and assists, with Renee Blake and Nicole Uebele completing their point production. Alexa Kratz and Kristen Riddell got credit for other assists.

Perkiomen Valley 3, Owen J. Roberts 1 >> Completing their scoring in the first half, the Vikings cruised to victory over the Wildcats in Friday’s PAC game.

Kiki Rotay, Sophia Giangreco and Cristina Dougherty had the goals for PV, with OJR’s provided by Raina Smolij.