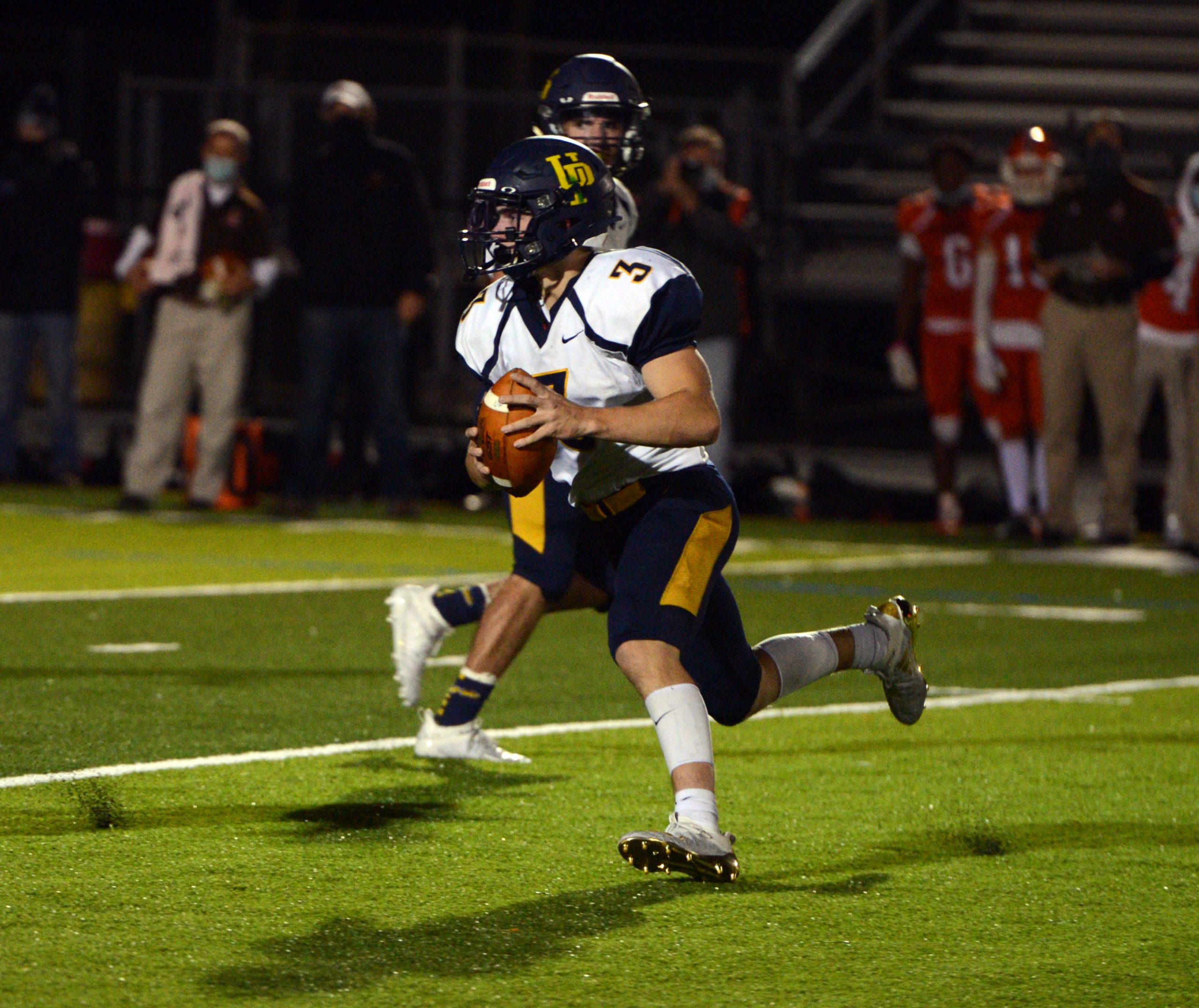 BOYERTOWN >> Upper Perkiomen rode the momentum of a big win last week to another one on Friday night, 42-14 at Boyertown.

Logan Simmon rushed for 214 yards and three touchdowns and caught a pass for another for the Indians in the Pioneer Athletic Conference contest at Memorial Stadium and Hunter Flack passed for 219 yards, ran for a pair of TD’s and intercepted a pass for Upper Perk (2-3 PAC and overall). Jon Myers ran for 88 yards and intercepted two passes for the Bears (0-5 PAC and overall).

“Absolutely. Winning is contagious,”said UP coach Tom Hontz, whose team downed Owen J. Roberts 31-14 last week. “It was a total team effort. And that’s the cool thing about this team.”

“We were just rolling it over from last week,” said Simmon, who ran for over 200 yards and multiple scores for the second straight week.

Flack stopped Boyertown’s opening drive with an interception, but Myers did the same to the Indians and the Bears drove 51 yards, taking the lead on a 25-yard run by Leo Egbe six minutes into the contest.

Then the Indians recovered a fumble at the Bear 30-yard line late in the quarter and Flack carried the ball into the end zone from the three to tie the score. Boyertown regained the lead with a 66-yard drive, with Myers running in from the 21 just 13 seconds into the second quarter.

But the Upper Perk defense forced three punts and recovered a fumble during the remainder of the half and the Indians tied the score on a 30-yard run by Simmon, took the lead on a 63-yard pass play from Flack to Simmon and made it 28-14 on a 1-yard run by Flack.

“We mixed it up,” said Flack. “We hit plays, just trying to confuse the defense. Everyone was involved. Turnovers were really key. They played a huge part, getting the ball on their side of the field.”

“Football is a game of ebbs and flows,” said Bear coach T.J. Miller. “You’ve got to react to that and we didn’t react well.”

Simmon carried the ball 24 times and the Indians gained 321 yards on the ground on 51 attempts, including 79 by Flack on 12 carries. Malachi Duka caught five passes for 71 yards and Brady Thompson three for 74 as Upper Perk racked up 540 total yards.

“My fullback Malachi Duka was leading me through there and getting me to the outside,” Simmon said. “The line was opening holes, Nevin Smith — a wide receiver — stepped up and Corey Jackson did a great job at the edge. We just played as a family.”

The contest completed a string of five straight games for the Indians against the larger schools in the PAC, as opposed to their usual schedule against the smaller schools of the Frontier Division. They will finish up against one of those smaller schools next week when they host Phoenixville.

“We got two wins against two big boys,” said Hontz.

“This was one of the best Upper Perk teams in a long time,” said Miller. “They would have had a good chance of winning their division this year. They’re solid up front.

The Bears, primarily a running team in the option, had a tough time trying to rally when forced to pass.

“We had a young guy (Ryder Gehris) who came in and did a little bit of passing,” said Miller. “We had some injuries and young guys filled in.”