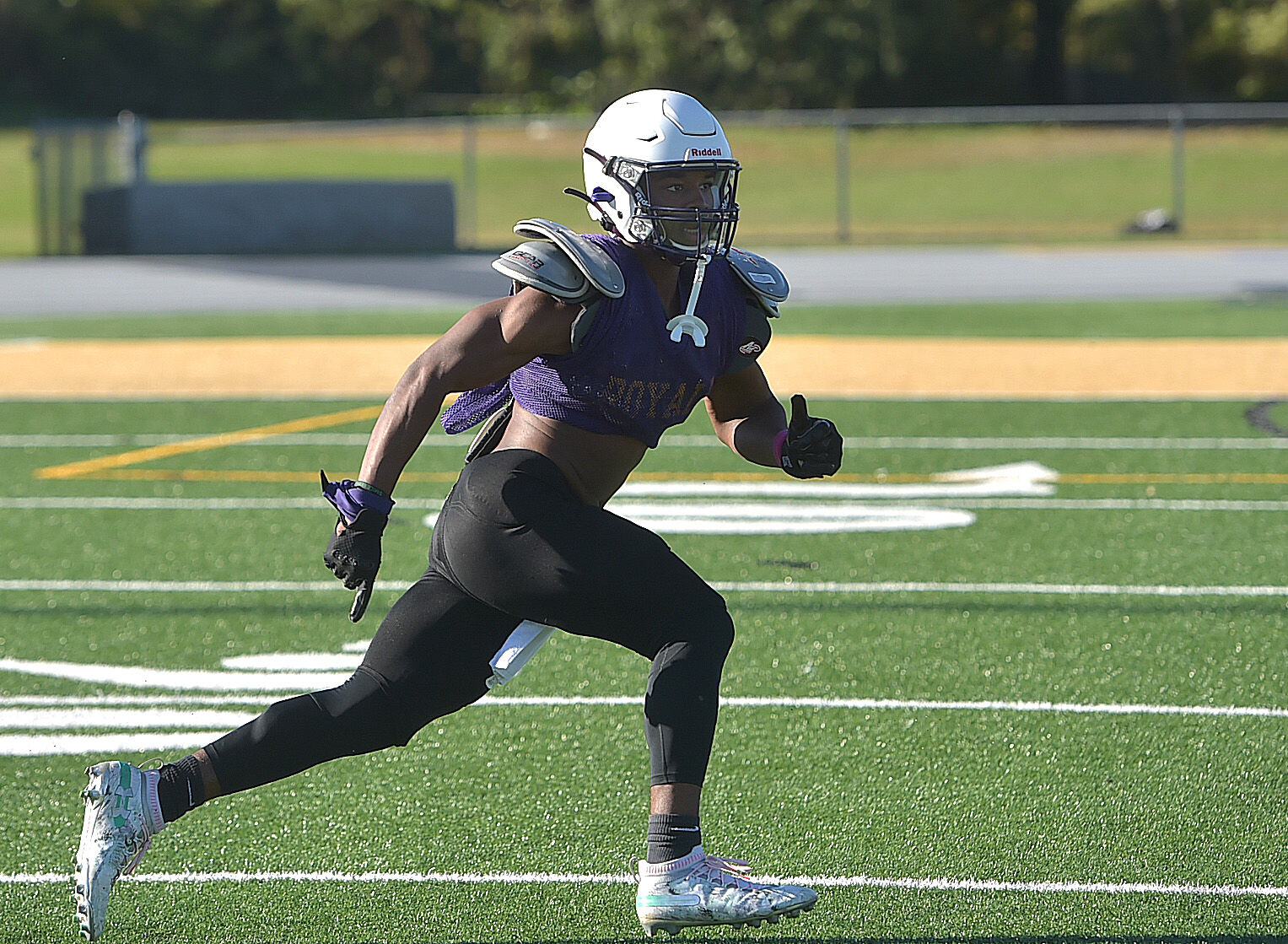 UPPER DARBY — During a recent practice, there were two sentiments made explicitly clear by starting members of the Upper Darby football team.

First, the idea of having a Central League season seemed pretty far-fetched a month or so ago, but the players are grateful to have a league-only schedule on their plates.

“You didn’t know what to expect, going through all of that and then finally being back out there. All of us being back out here, it’s nice that we finally get to hit with some pads and play the sport that we love,” said Julien Laventure, a 6-foot-2, 280-pound junior lineman. “We are happy that we know we’ll have a season now and cherish what we have. No complaints.”

“It’s a blessing,” added Josue Denis, a 6-2, 280-pound senior tackle. “We are going to make the most of it, especially with the new coaching staff. We are coming into the season looking to make something happen here and we are all excited about the Upper Darby football team.”

Aside from gratitude, that second feeling … well, let’s just say the Royals want to prove naysayers wrong. The chip-on-the-shoulder attitude is understandable after a program undergoes changes to its coaching staff. Dave Barr, who was hired from Bonner-Prendergast, has replaced longtime head coach Rich Gentile.

“I think everybody is already counting us out,” said Darryl Farmer, the Royals’ triple threat at running back, receiver and strong safety. “For me, being in my senior year, I want everybody counting us out. As soon as they see Upper Darby they might be like, ‘OK, we’re going to rush and pass for 400 yards against them.’ But they’re going to see us and say, ‘Oh, wow. Where was this? What is this?’

“For us seniors, we are here to help the younger guys and hope the program builds and builds so that nobody will doubt us. We want to build one of the strongest programs in the next three to five years.”

Laventure, an All-Delco wrestler last winter, and Denis give the Royals size and strength inside the trenches. They should have a major impact on both sides of the ball.

Farmer was part of a rushing committee last year that had few positive moments during a 5-6 campaign. He ran for a season-high 73 yards in a loss to Ridley, but this year could be a breakout year for Farmer.

“It’s not about stats for me. I don’t care as long as we are winning games,” he said. “That is the only thing that matters to us. We want to win every game and it doesn’t matter who is running the ball and scoring touchdowns.”

Barr played for coach Joe Gallagher at Haverford in the late 1990s before continuing his playing career at Albright College in Reading. He has coaching stops at College of the Holy Cross in Massachusetts and Albright. He also spent time at Tiffin University and Urbana University, both in Ohio.

“The hardest part for us is the reduced timeframe, coming in and not being able to have a summer camp with these guys,” Barr said. “We have 3:30 to 5:15 for practice and that’s what you got. But the good thing is that the guys are hungry to work and they’re ready to participate and they’re ready to get better, which is awesome. They’re all willing, but they’re still getting used to what our expectations are.”

Barr’s coaching staff includes Brad Gilbert, a longtime assistant and defensive coordinator under Gentile, as well as Cyrus Barlee, who was an All-Delco cornerback for the Royals last decade. Having familiar faces in the program, who know how to communicate and connect with the players, should benefit the Royals in the long run.

“The discipline aspect has been ingrained in them from before; they know that,” Barr said. “The learning curve has to do with the systems that we run. Our vocabulary is different, how we might set up practice is different. So I think it’s more of them just getting used to it. But there hasn’t been any resistance, which is good. We’re still trying to get them acclimated to what we’re looking at.”

Upper Darby once again has strength in numbers and isn’t lacking in the talent department. Another player to watch is 6-1, 245-pound senior defensive end Patrick Kerwood.

“Julien and Pat Kerwood on the defensive line are going to be really good players for us,” Barr said. “I feel super confident about each position group on defense right now. … I don’t feel like we’re too young or we have a weak point at any one spot, they’re all really strong.”

The Royals have high hopes for sophomore quarterback Donte Shaw and a relatively inexperienced offensive unit.